Washington Post: DeJoy alleged to have reimbursed employees for GOP donations   The Newsy You: News of Today

This is very interesting.

Former employees of the company that US Postmaster General Louis DeJoy previously ran told The Washington Post they were pressured to donate to GOP candidates and then reimbursed through bonuses.

The longtime human resources director of New Breed Logistics, David Young, detailed the alleged practice to the newspaper, saying that when DeJoy was a fundraiser for the Republican Party, "He asked employees for money. We gave him the money, and then he reciprocated by giving us big bonuses."
While encouraging donations is not illegal on its own, a reimbursement of campaign contributions would constitute a violation of state and federal election laws.
"When we got our bonuses, let's just say they were bigger, they exceeded expectations — and that covered the tax and everything else," he said.
Young, who donated more than $19,000 while at the company, according to the Post, added, "No one was ever forced to or lost a job because they didn't, but if people contributed, their raises and their bonuses were bumped up to accommodate that."
Still, the Washington Post report Sunday prompted the Attorney General of North Carolina -- where the business was based -- to call for an investigation into the alleged practice.
"It is against the law to directly or indirectly reimburse someone for a political contribution," Josh Stein tweeted.
0
ReplyToggle Dropdown
Msg 2 of 33 to MerlinsDadMerlinsDad
In reply toRe: msg 1

Al Gore did the same thing about 20-odd years ago, with a bunch of monks who were under a vow of poverty. Nothing ever came of that either, and those reimbursed contributions went to the DNC

It's still plain old fashioned money laundering no matter who does it, and it's even more egregious when there is a power imbalance, such as employer and employee.

However, since campaign contributions are a matter of public record, and these days there are mobs who spend their entire waking hours combing through these records to then harass (if lucky) or commit criminal assault and battery, up to including assault with a motor vehicle (road rage) and other nasty behavior such as trying to get people fired, for the "heinous offense" of supporting a candidate the mob disapproves of, I have made zero political contributions since the rise of the digital era and the surveillance society.

He will be removed soon. 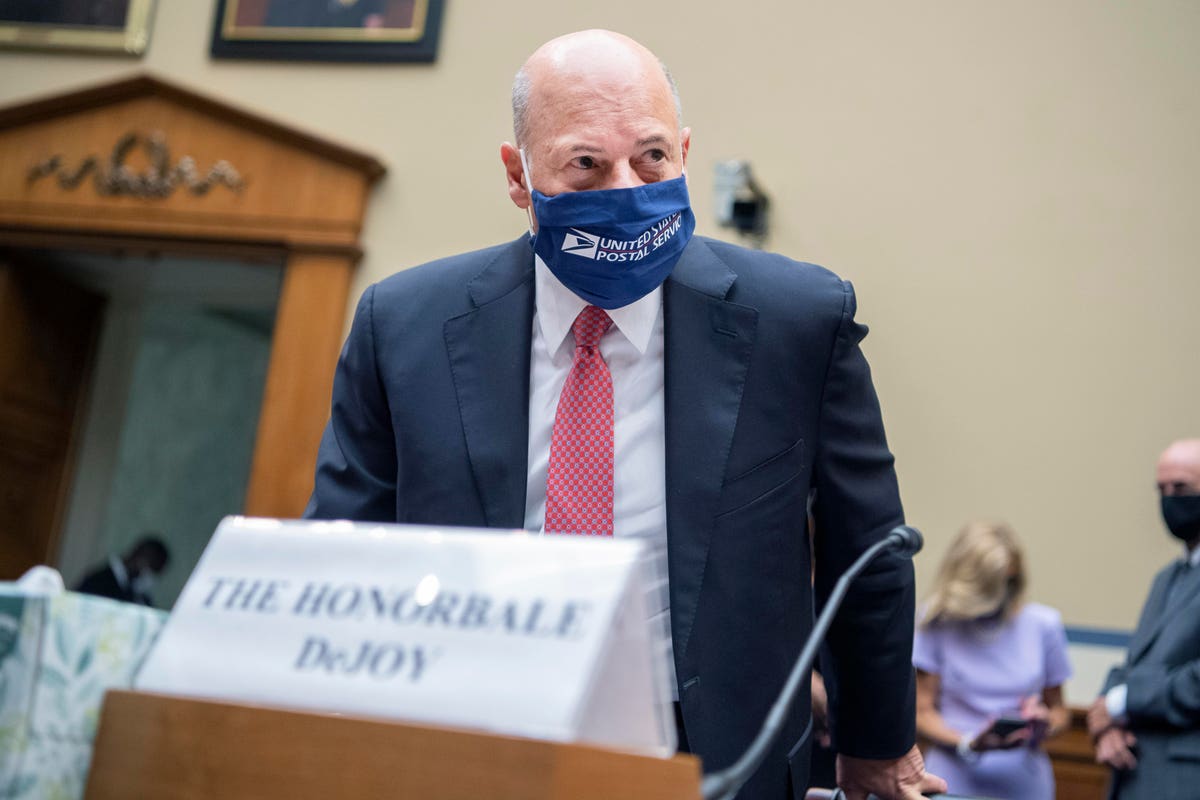 The president's comments followed calls from Democrats to investigate DeJoy's alleged reimbursement of employees who made campaign donations.

As I noted, the AG of North Carolina has opened an investigation.   Given the publicity it's received, it may or may not be allowed to fade from our attention, but it make take a long while to learn the results of the investigations.  You're right that the power imbalance makes it particularly odious, if indeed he did it, as alleged. I hope the media will not let it drop out of sight.  If true, it's a very serious crime.

I understand your reasons for not making campaign contributions.  This election is so important, however, that I made my annual contribution twice.

0
ReplyToggle Dropdown
Msg 5 of 33 to Showtalkshowtalk
In reply toRe: msg 3

If not for money laundering, then a whole lot of disgruntled Ebay buyers and sellers upset about excessively long delays in getting packages delivered in a timely manner.

Delays are a given in some areas.

0
ReplyToggle Dropdown
Msg 7 of 33 to Showtalkshowtalk
In reply toRe: msg 6

Well, I can watch the tracking number and see it arrive at the Midland sorting center, then the next morning it is in Odessa, and a week goes by then for it to go "out for delivery" and then there will be a lame excuse day after day, and then finally have to go downtown and raise hell to get the package located.

It would be easier to pick up your packages yourself.

0
ReplyToggle Dropdown
Msg 9 of 33 to Showtalkshowtalk
In reply toRe: msg 8

They are notorious for mis-sorting packages where they go to the wrong place. Also sometimes packages are returned unclaimed while people are desperately trying to locate them.

There is no excuse for that.