There are kids in their 2nd year of college now who weren't even born when 9/11 happened. They have never known a world before then.

And today, I haven't seen a single headline talking about the anniversary, yet. Although admittedly I haven't searched the sites that inundate you with bandwidth hogging video ads and other glurge that brings networks serving Rural America to its knees.

Since it would take hours for some of those pages to load, I guess only the people living in urban and suburban areas where they have Tokyo or Singapore type internet speeds know if there are any anniversary related articles. I haven't had the radio on yet so it's anyone's guess what they've had there at the top of the hour.

I hope not but I have the radio on now and haven’t heard a word.  This is the first I’ve seen about it online. 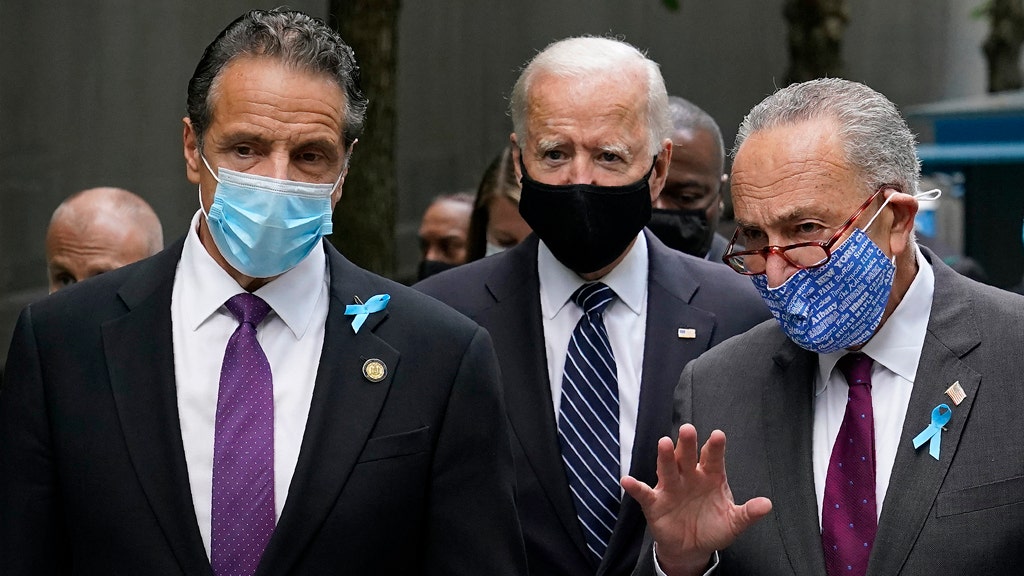 They may be rivals on the campaign trail, but as the nation marks the 19th year since the 9/11 terrorist attacks, Democratic presidential nominee Joe Biden and Vice President Mike Pence put politics aside.

Biden said he’s not going to campaign today. He’s only going to remember 9/11

The death toll from Covid-19 dwarfs the deaths seen on 9/11. Vice President Mike Pence and Joe Biden wore masks and exchanged elbow bumps in reflection of the coronavirus at a Sept. 11 memorial in New York.

Some of the morning network tv shows remembered.
0
ReplyToggle Dropdown
Msg 6 of 15 to kizmet1kizmet1
In reply toRe: msg 5

Yes, I finally heard something brief about it. I have the news on the radio.

Jenna Bush is on Today Show and Megan McCain on The View so I think both stations remembered.
0
ReplyToggle Dropdown
Msg 8 of 15 to kizmet1kizmet1
In reply toRe: msg 7

I’ve found several tributes since I first posted. They were very touching. I think the reason there wasn’t more is because they did not hold a live reading of names this year like they usually do. Stations aren’t going to feature a rerun from last year.

I didn't wake up early enough to se much of anything special except what talk shoes mentioned.
0
ReplyToggle Dropdown
Msg 10 of 15 to kizmet1kizmet1
In reply toRe: msg 9

There should be news on TV covering it tonight. I make break down and watch one.