Tucker: This is why Americans put up wit

'They Do Not Want You To See': Marsha Bl

What do you think about private rescue attempts to save those stranded in Afghan   The Serious You: How Current Events Affect You

What do you think about private rescue attempts to save those stranded in Afghanistan?

Change Vote
I'm in favor of it since the administration can't or won't
I'm happy they are being saved but it's reckless and irresponsible
They should not be there
They should be jailed for interfering
No one is stranded and they are not being truthful
Other
VoteView Results
0
ReplyToggle Dropdown
Msg 2 of 30
In reply toRe: msg 1 "I'm in awe of what he did when I was there. He was an interpreter. He was far more than that, he was our adviser," Hegseth said.

I'm totally appauled that we even need to send in rescue teams.

We should have taken the civilian contractors out first... and our military out last.

They say they didn't see it coming, but think about it logically.

A very simple question with only one answer... our military will protect the civilian contractors!!!

And so... that said... what does current administration do? They pull out our military leaving our civilian contractors without any protection. It makes ABSOLUTELY NO SENSE what so ever!

Congress told him this would happen, our military told him this would happen... so they cannot say we didn't see this coming... but they did say we didn't see this coming. Ole Joe is Commander In Chief, he ignores Congress, he ignores our military leaders and instead orders them to do what he told them... and now the entire world is watching the aftermath.

But yes... I'm glad we do have somebody on the ground attempting to rescue our people. But it shouldn't have had to happen the way it did!

Joe doesn’t make any big decisions himself. Someone else told him what to do and they did it.

0
ReplyToggle Dropdown
Msg 5 of 30 to Showtalkshowtalk
In reply toRe: msg 4

Joe doesn’t make any big decisions himself. Someone else told him what to do and they did it.

That's great... NOT... we have a POTUS who cannot think or make big decisions himself. And he does what somebody else tells him... regardless of how stupid it is... he just does it!

45 would only have a short term if they even had a way to remove 46. It’s not going to happen.  Impeachments never get enough votes to pass.

0
ReplyToggle Dropdown
Msg 7 of 30 to Showtalkshowtalk
In reply toRe: msg 6

if they even had a way to remove 46. It’s not going to happen.  Impeachments never get enough votes to pass.

I don't think he'll have much of a choice in the matter... his handlers are befuddled at the mess that they helped create and there is no way that they can use Biden moving forward. So even if he's not impeached, I believe he will be forced to resign.

Due to the fuster cluck that Biden caused in Afghanistan, the entire world is now a much much much more dangerous place to be in. There is no way in this world that he can live that one down.

Things will get worse all around the world due to this blunder of all blunders!

Another scenarios is that he just disappears from public view and others will,speak for him. Dianne Feinstein has disappeared and they aren’t calling for her to resign her senate seat.

If Gavin Newsom is recalled, Larry Elder could very easily win. He has huge Republican name recognition, where there isn’t a single known or popular name running on on the Democratic side. If Feinstein retires or dies, since she seems to have disappeared from the news, Elder as Governor would pick her replacement. That replacement would flip the balance of the Senate and it’s game over for the Ds until the 2022 election. 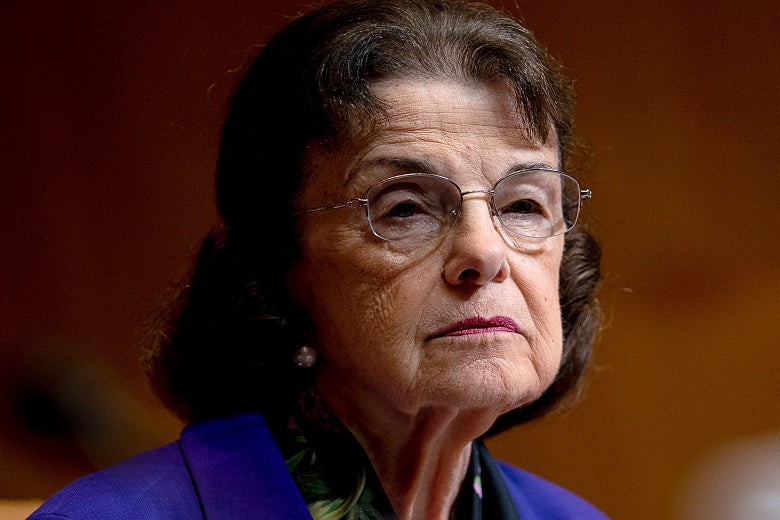 Why Aren't Democrats Talking About the Worst Possible Outcome of the California Recall?

Dianne Feinstein's age and health mean the stakes could include the party's majority in the U.S. Senate.

Now that you mention it... I haven't heard anything from Feinstein since January 2021 when she was still pushing for Trump's impeachment.

Regardless, I wish Elder all the best. And yes... that would flip the balance drastically!