Should we cancel Columbus Day?

Violent attack on Larry Elder by whit...   The Serious You: How Current Events Affect You

Change Vote
Yes, it was
No, he should be a Democrat because he is Black
No, he is the Black face of white supremacy
It was political due to his running against Gavin Newsom
I don't know but it was disgusting
Other
VoteView Results
0
ReplyToggle Dropdown
Msg 2 of 22
In reply toRe: msg 1 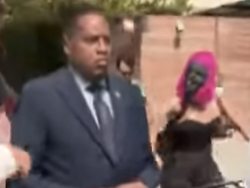 White Woman In Gorilla Mask Throws Egg at Larry Elder: "Get That Sellout Piece Of Sh*t Out Of Here"

California gubernatorial candidate Larry Elder cut a campaign event short in Venice Beach after he encountered an angry crowd and had an egg thrown at him. The candidate was planning to visit a homeless encampment but he was rejected by the occupants. As Elder was making his exit, a white woman in a gorilla mask with pink hair threw an egg at him and missed. Elder also received some verbal ... 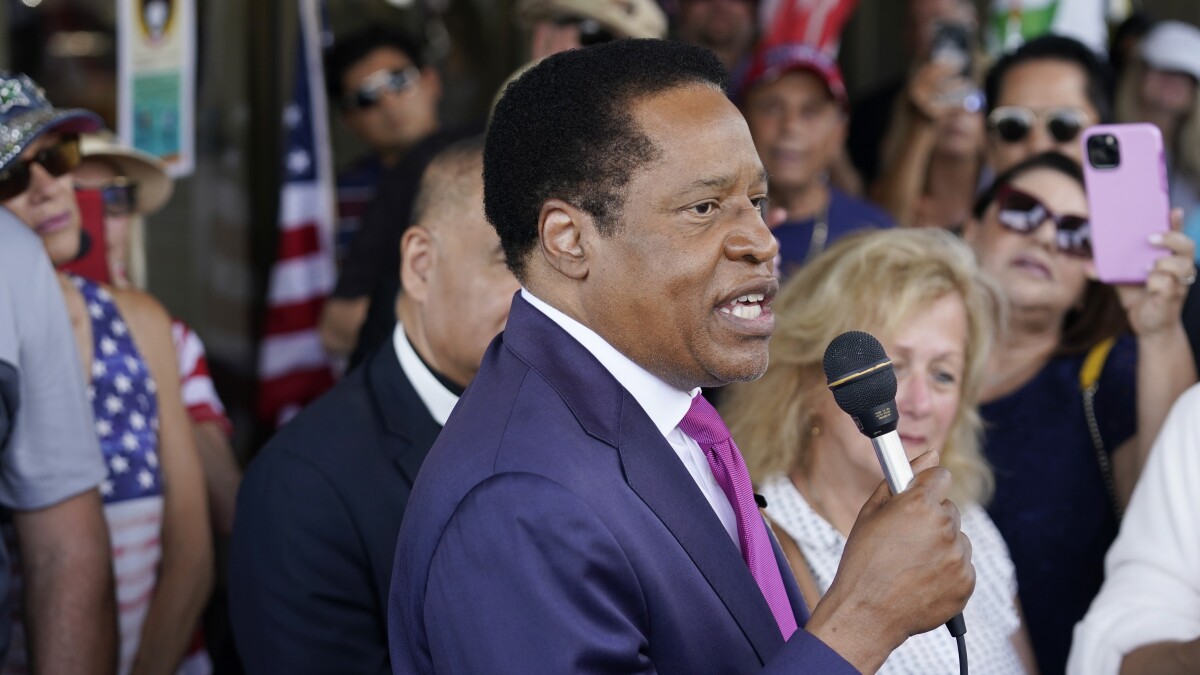 Column: Larry Elder is the Black face of white supremacy. You've been warned

Elder's effort to replace Gavin Newsom feels like an insult to Blackness.

Voted 5 but it was probably 4. I'm conflicted, right now in the Canadian Federal election the Walter's of our country are following Trudeau around and berating him every chance they get and have resorted to rock throwing now (a local riding association member for the People's Party, an antivax, antimask liberty party was deemed responsible for that rock throwing incident) which just the other day the leader of the PPC was accosted by an indigenous man who came up for a selfie and broke an egg on the guy's head, which I thought was wonderful at the time but the difference between a rock and an egg is negligible in terms of it's use, assault is assault regardless of intent or physical consequences, sure a rock can hurt you more than an egg but that doesn't negate the fact that you hurled it at another person without consent.

They can use words but when they assault people with objects, that crosses a line. They were not arrested though. An egg can hit someone in the eye.  The ape mask was racist in itself.  The person also smacked the security guard in the head.  The police did nothing.

0
ReplyToggle Dropdown
Msg 6 of 22 to Showtalkshowtalk
In reply toRe: msg 1

Violence is wrong no matter what. This isn’t typical of California voters, though

Are you sure?  There have been some violent people. The woman should have at least been detained by police. If a man had done that to a woman he would have been.

0
ReplyToggle Dropdown
Msg 8 of 22 to Showtalkshowtalk
In reply toRe: msg 7

The Governor and Secretary of State of Michigan have been subject to violence and threats by Trump supporters. There is increased violence against public officials everywhere - including mask mandates opponents and anti-vaxxers. Why single out Larry Elder and say this is representative Of California voters?

0
ReplyToggle Dropdown
Msg 9 of 22 to Showtalkshowtalk
In reply toRe: msg 5

The police did nothing.

sounds like you should take that up with the police. It wouldn't surprise me if Elder declined to prosecute. Unless someone is a domestic terrorist trying to kill or kidnap, most politicians chalk it up as an unhappy constituent. The publicity of an arrest might be worse

What violence did Trump supporters do? You mean this? They were making noise but no one was harmed. They disbursed quietly when police arrived. Why can BLM and Antifa protest when others can’t?  They didn’t throw eggs or smack anyone in the head.  Apparently some were armed but no one was shot.