Why are beef prices rising?   The Newsy You: News of Today

Change Vote
There is a corn shortage which caused cutbacks
The Russian hack
Biden administration policies that resulted in lack of feed and fewer cows
They want us all to become vegan
Covid
I don't know
Other
VoteView Results
0
ReplyToggle Dropdown
Msg 2 of 9
In reply toRe: msg 1

"The White House is engaging directly with the Russian government on this matter and delivering the message that responsible states do not harbor ransomware criminals," Principal Deputy White House Press Secretary Karine Jean-Pierre said on Tuesday. 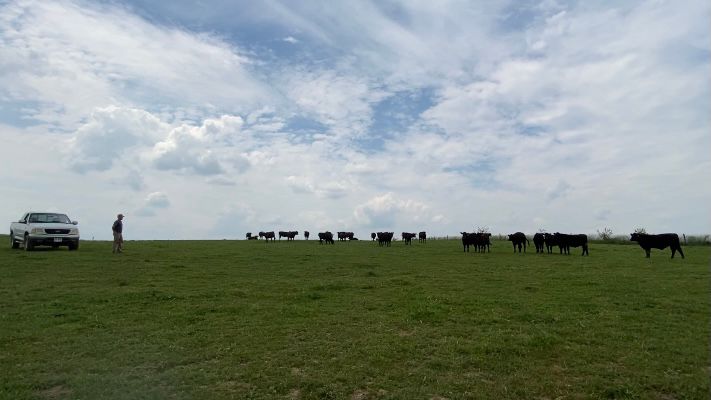 One farmer is waiting to sell his calves

Can’t vote in this one because these are American specific AG prices, but here on the Canadian prairies the beef prices are outrageous due to a number of supply management factors but this past summer was the worst due to extreme drought that dried up feed for cattle which forced producers to sell to ranchers in other jurisdictions which drove the price up even more.

It seems to be the same here, no feed. They use corn.

0
ReplyToggle Dropdown
Msg 6 of 9 to Showtalkshowtalk
In reply toRe: msg 3

I voted other because I don't see a single cause other than Biden.

When Biden stopped the XL pipeline and domestic fracking, we became oil dependent which means that the price of oil and gas increased. We've all seen it... prices that were $1.22 for a gallon of regular are now up in the $4.xx and even $5.xx for a gallon in some places.

Corn is grown and harvested in corn fields. The seed planting and harvesting equipment they use all run on some kind of fuel (gas/diesel/other). So that starts the corn price increase.

Now, this corn needs to be processed. So it gets transported from the corn fields to the processing plants... oops... these all require vehicles that use some kind of petroleum and the petroleum costs have increased so there goes the price up a little bit more.

Now once the corn is bagged/boxed and ready to be shipped out. Here we run into the transportation again from the processing plant to the warehouses that many cattle feed stores own. So once again, we need to use petroleum guzzling transportation which all run on the higher gas prices.

Finally, when the corn feed gets to the feed stores and the customer buys it... they see this hefty price increase in the price of their purchased corn.

Now they have to haul this feed from the feed store to their ranches where they keep their cattle and... you guessed it... most of those vehicles also run on gas as well, so it costs the farmer themselves more per gallon to haul all their inflated price of corn to their cattle.

Now they can give these cattle of theirs this higher priced corn to fatten them up for sale. And so the buyers come in and see that the price per head of cattle has gone up dramatically and they decide that they can't buy as much as they used to. But they do purchase smaller quantities.

Now these cattle purchasers also have to fatten those cattle up a little bit more too before they slaughter them and so they too are also hit by the higher corn price, the increased transportation cost due to the higher gas prices and of course, their slaughter houses also usually run on electricity as well so you add in their added electricity costs on top of that and wala...

It all started when we stopped being oil independent and only snowballed downhill from there. And if you think meat is expensive now... just look at your electricity company's forecast for the rest of 2021 and 2022! Electricity and gas will probably continue to spiral upward.

0
ReplyToggle Dropdown
Msg 8 of 9 to Showtalkshowtalk
In reply toRe: msg 7

Trump approved the XL pipeline and other local oil excavation and brought prices down.

Biden cancelled it all and prices went back up.

And they blame (or try to blame) it on Trump!

And they called me despicable... but hey... now that I think about it... that's right up their alley... everything they say about the other party is exactly the opposite of what it is.

So when they call me despicable... it means they're despicable and when they say they blame Trump... it's actually Biden's fault.