Change Vote
Fauci must be removed from office for funding this research
Torturing dogs is cruel and Fauci must explain why he funded this
I don't believe he tortured dogs and killed then with sand flies
Fauci said he doesn't know so we can't hold him accountable
Better to use dogs than people
1 and 2
Other
VoteView Results
0
ReplyToggle Dropdown
Msg 2 of 13
In reply toRe: msg 1 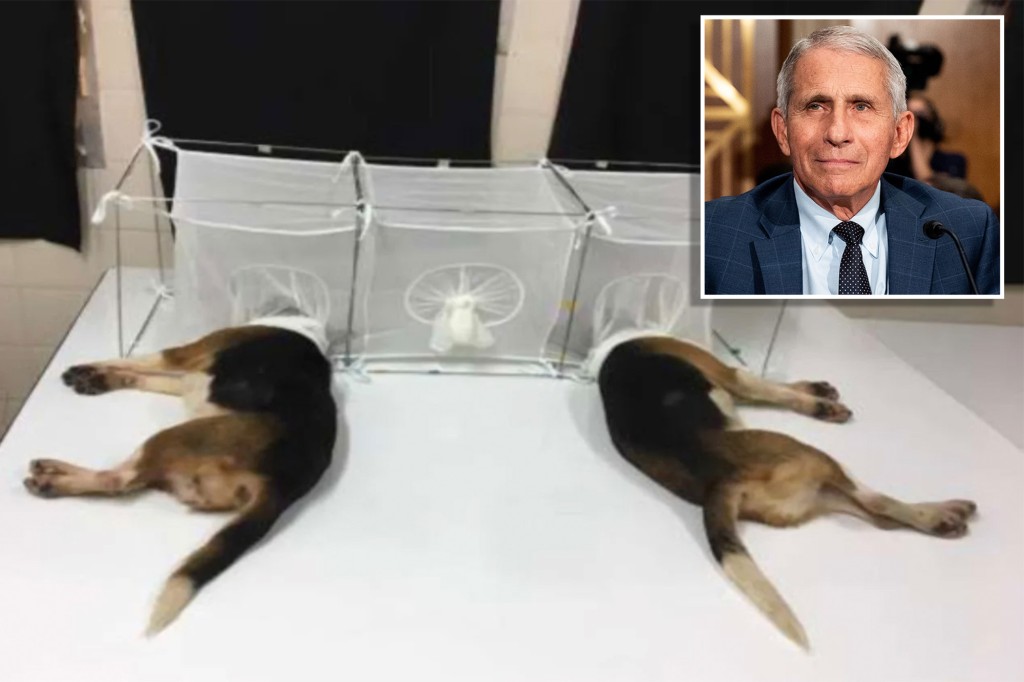 Dr. Anthony Fauci is being slammed for allegedly providing a grant to a lab in Tunisia to torture and kill dozens of beagle puppies for twisted scientific experiments. 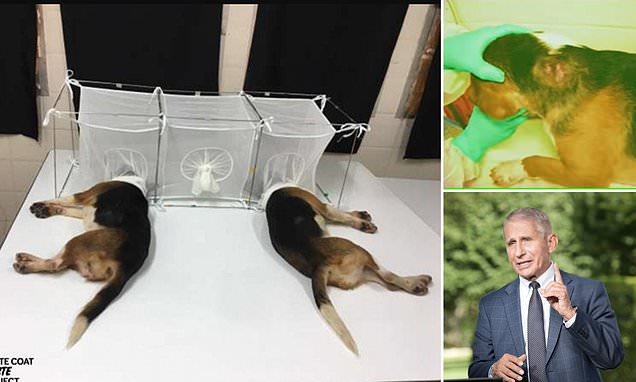 A group of 24 bi-partisan lawmakers are demanding answers from Dr. Anthony Fauci after a nonprofit claims he permitted experimental drug testing on dogs.

0
ReplyToggle Dropdown
Msg 5 of 13 to Showtalkshowtalk
In reply toRe: msg 1

That's really sad, but it's much worse than that... and not only dogs...

The National Institutes of Health (NIH) has spent millions in taxpayer dollars conducting psychological torture experiments on primates — news which has resurfaced following the revelation that Dr. Anthony Fauci’s NIH division partially funded experiments allowing hungry insects to eat dogs alive.
The non-profit watchdog group White Coat Waste Project released a video last year showing one of the experiments, in which researchers essentially gave monkeys brain damage and practiced psychological torture with fake snakes and spiders.
“In December 2019, White Coat Waste Project (WCW) sued the National Institutes of Health (NIH) after it refused to release videos and other materials related to wasteful and bizarre psychological experiments on primates that have cost taxpayers nearly $100 million just since 2007,” the video’s chyron reads, adding that some of the experiments have been “continuously funded for over 40 years.”

He needs to be jailed!!!

0
ReplyToggle Dropdown
Msg 6 of 13 to Showtalkshowtalk
In reply toRe: msg 1

Not voting but here’s a different take, I expect it will convince no one but me.

Unlikely. As it turns out, the only thing being tortured here is the truth. The episode says more about the right-wing disinformation machine and its crusade against Fauci than it does about research funded by Fauci’s National Institute of Allergy and Infectious Diseases.

It turns out that this Tunisian study was erroneously attributed to NIAID. NIAID did, however, fund different research in Tunisia — and the beagles weren’t puppies, they weren’t euthanized, they weren’t “de-barked,” and they weren’t “trapped” so “flies could eat them alive.” The dogs were given an experimental vaccine and allowed to roam. There was a very good reason for this: Dogs are the main reservoir host (and flies the main vector) of the disease that was being studied, which affects half a million people a year, particularly children, and has a 6 percent mortality rate in Tunisia.

He needs to be replaced.

You believe that?  It’s pure spin. I will believe it if I saw the actually paperwork from the original payments.  I seriously doubt anyone would make that up. It’s too hard to prove if it’s not true.

The problem is more people don’t trust Fauci anymore if they ever did.  I did at first, until people I know in real time who are actually real infectious disease doctors were politely saying “Fauci might be right, but this is my position,” and it was always different from his.

He’s even less credible now that more has come out on Wuhan. Also Democrats are angry about dog experiments of any kind, so he’s going to have more trouble getting around these allegations.  Once PETA gets involved, look out.  People might not get angry over experiments on children but they are outraged over any animal testing at all.  This is beyond atrocious, 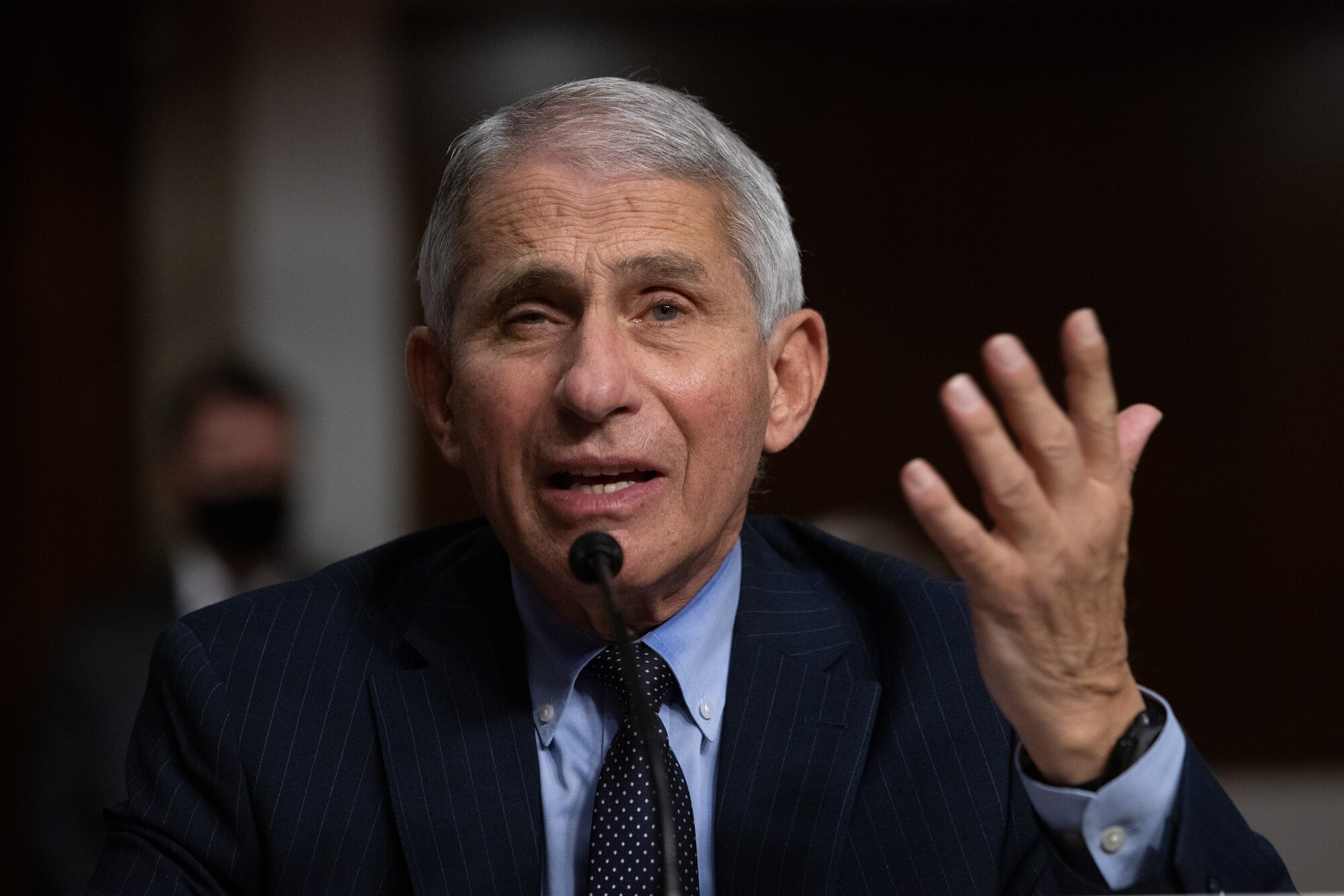 Fauci under fire over claims of funding puppy experiments

He needs to be replaced.

And hiding all his other dastardly deeds!