How can we stop tragedies like the Waukesha parade incident?   The Serious You: How Current Events Affect You

Change Vote
We can't, it was a one time tragedy
Use stronger barricades and armed security at outdoor public gatherings
We should stop allowing parades and big community events
Events should be adjusted to happen indoors
Other
VoteView Results
0
ReplyToggle Dropdown
Msg 2 of 55
In reply toRe: msg 1

This article says the driver was fleeing from another crime. Apparently they got stuck on the parade route and didn’t intend to be there.  It was not intentional. They still killed 5 people, injured many more and terrorized the community.

0
ReplyToggle Dropdown
Msg 3 of 55 to Showtalkshowtalk
In reply toRe: msg 2

I voted other... simply because we just got over the Rittenhouse ordeal.

It's too early to assume any position. The facts are NOT all in. We don't yet know the real/true motive. Many things are still under investigation. Much has yet to be made public!

So my gut feeling bottom line is... DON'T JUMP TO CONCLUSIONS... and DON'T BELIEVE ANYTHING THE LIBERAL NEWS MEDIA SAYS.

I didn’t vote, but I am leaning toward thinking there is more to the story than we know.  The facts seem obvious so far, but little details come out all the time that change the story. In particular, we are just learning who is suspected of doing it.

Drug users. Career criminal. It’s hard to believe this was an accidental drive down the wrong street.  Usually escaping criminals try to escape out out of an area, not down a street with hundreds of people standing on a sidewalk and walking down a street.  He would have to known he would be captured. 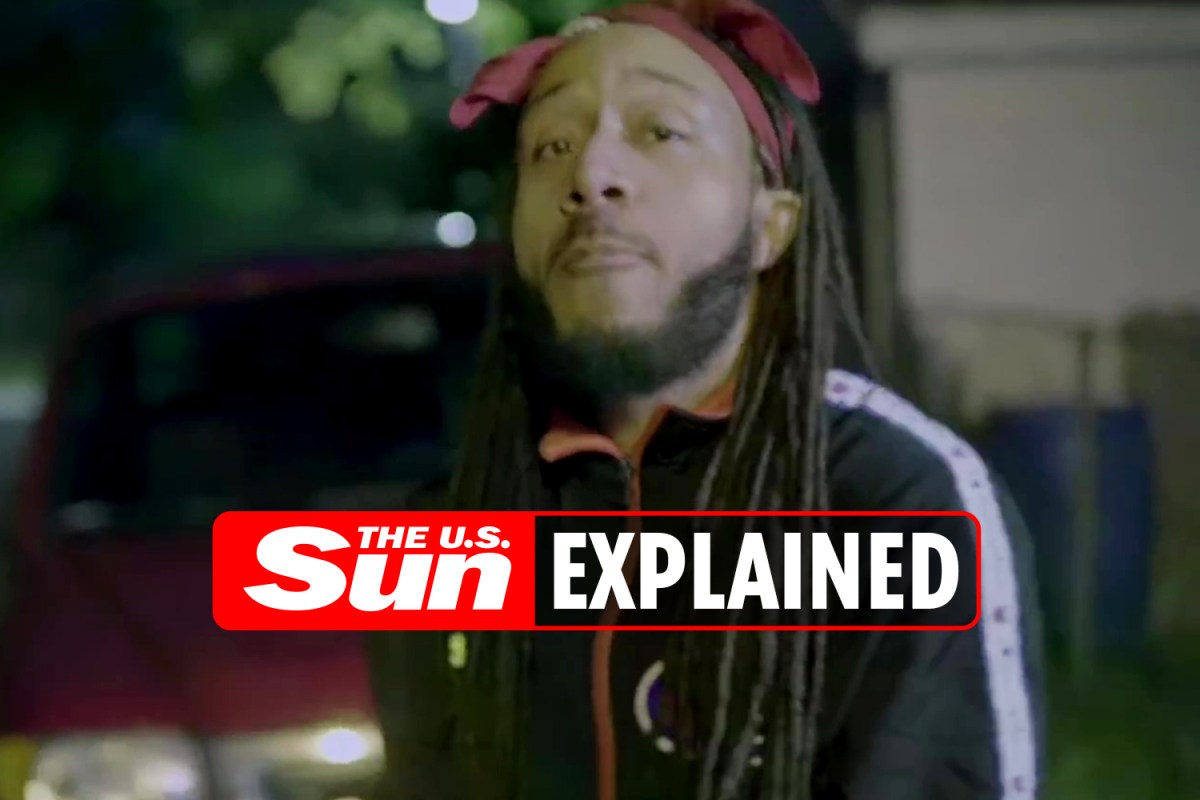 Who is Darrell Brooks?

SUSPECT Darrell Brooks is in custody after an SUV drove through a Christmas parade on November 21. The incident left five people dead and injured more than 40, including 12 children. Who is Darrell...

Read more from The US Sun
0
ReplyToggle Dropdown
Msg 6 of 55
In reply toRe: msg 5

More details about his history.

The man being questioned after a red SUV plowed through Waukesha's Christmas parade, killing at least five people and injuring dozens, has been identified as Darrell E. Brooks Jr., a Milwaukee man with a criminal history dating back to 1999 - with numerous violent felonies.

Maybe the driver was just afraid for his life from a skateboard, acquitted of all charges. ;)

He already has a defense. He was running from police. Except he wasn’t.  My poll missed the elephant in the room.  He tried to run down the mother of his children, ie his ex-something, in the same SUV and was released from jail. Whoever released him should also face charges. That is appalling.

0
ReplyToggle Dropdown
Msg 10 of 55 to Showtalkshowtalk
In reply toRe: msg 9

Darrell Brooks Jr., the man suspected of being the driver, has been charged three times in less than two years with recklessly endangering the safety of others, most recently on Nov. 5 as part of a domestic abuse incident for which he was also charged with resisting or obstructing an officer. In the case this month, a woman told police Brooks purposefully ran her “over with his vehicle” while she was walking through a gas station parking lot after he had followed her there after a fight, according to the criminal complaint. The woman was hospitalized for her injuries, court records show.

Brooks posted $1,000 bond on Nov. 11 in the most recent incident and was released from Milwaukee County Jail on Nov. 16, according to the Milwaukee County Sheriff’s Office. He also was charged in July 2020 with two felony counts of second-degree recklessly endangering the safety of others using a dangerous weapon. 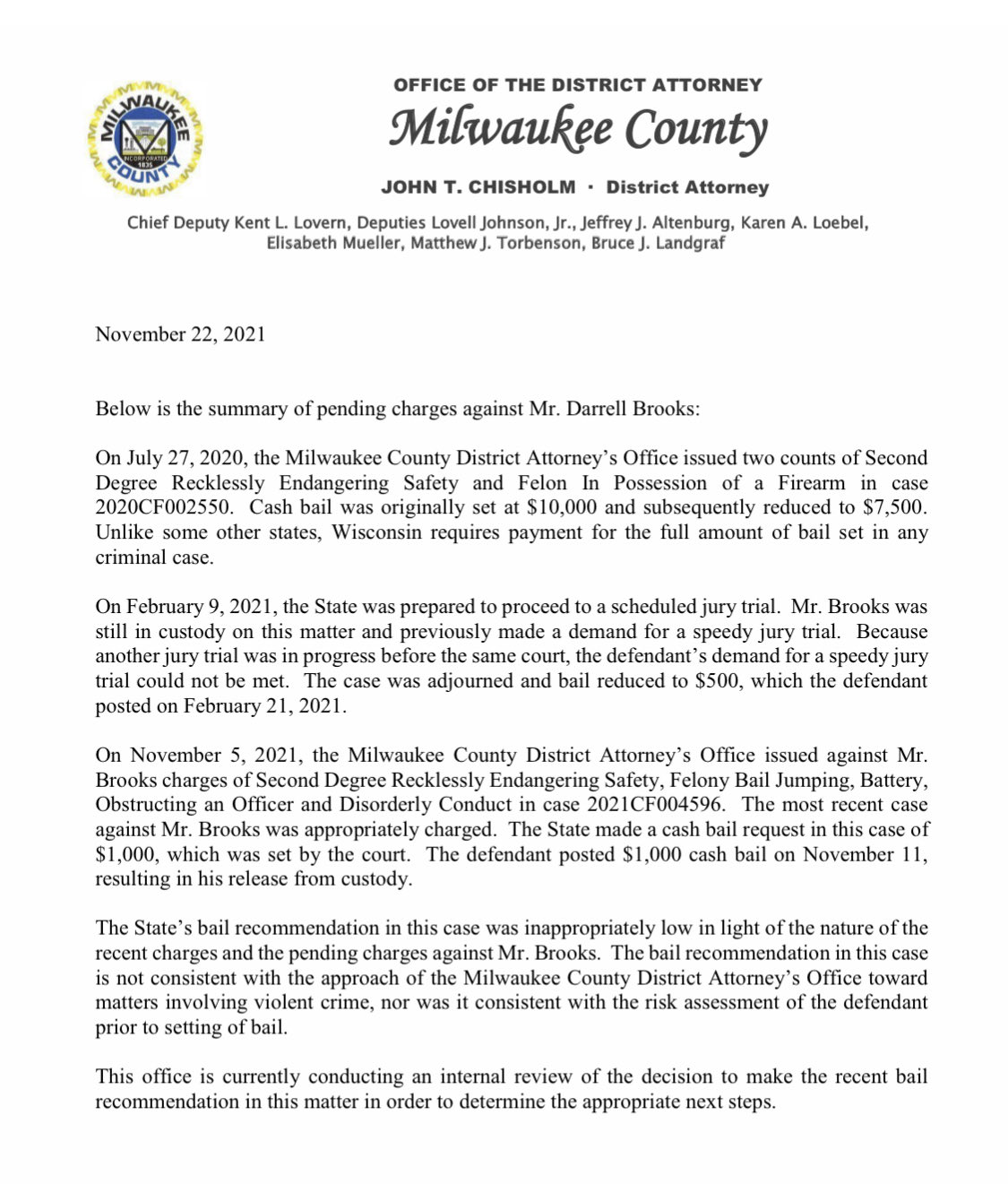