Why did Republican numbers increase 14% over Democrats in 2021   The Serious You: How Current Events Affect You

Why did Republican numbers increase 14% over Democrats in 2021

Change Vote
The U.S. is more conservative than liberal. People were more honest in 2021
The Biden Administration is too extreme for most Americans who switch parties
I don't believe the Gallup poll.
Other
VoteView Results
0
ReplyToggle Dropdown
Msg 2 of 9
In reply toRe: msg 1 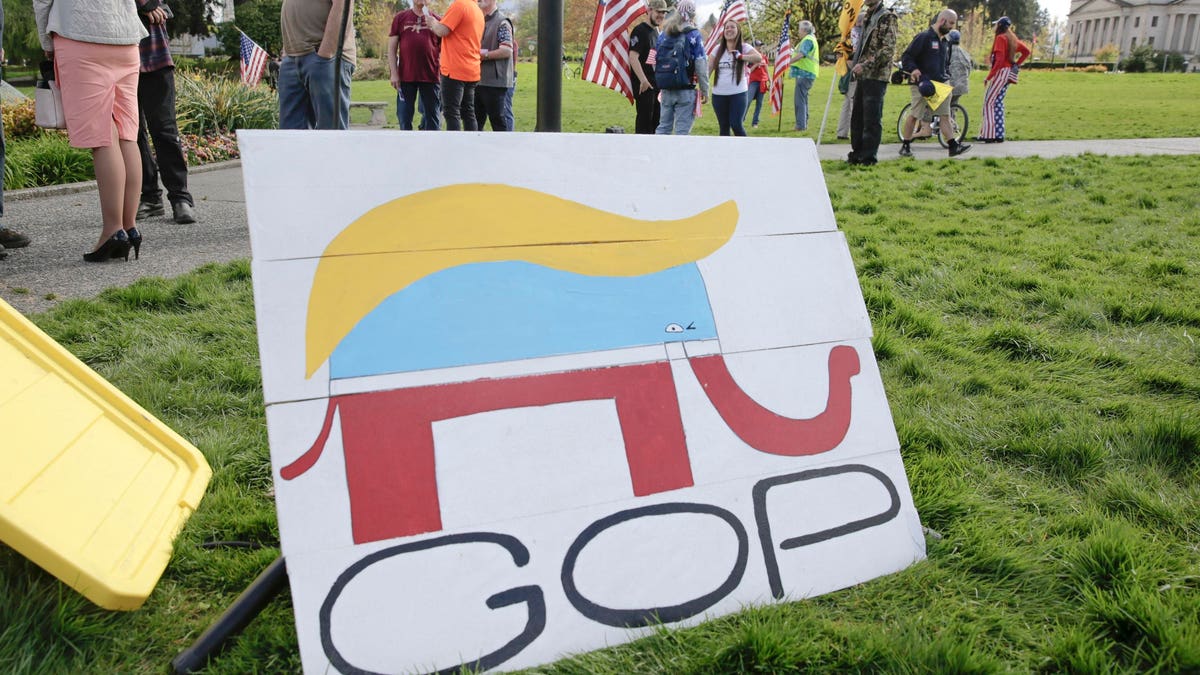 Republicans Overtook Democrats In 2021 As Share Of Americans Identifying With GOP Shot Up, Poll Finds

The parties were balancing out more as of December, however.

People are tired of fear and hysteria.

0
ReplyToggle Dropdown
Msg 4 of 9 to Showtalkshowtalk
In reply toRe: msg 1

Voted other but my strong suspicion is it's #1, and based on the majority of opinion expressed on this forum it's a microcosm of #1. I really wish it were not, because I find so much of what is said here to be deeply disturbing and counter to my values, which I don't think are too out of step with the majority of citizens in western democracies.

Generally, I think it has less to do with fear and hysteria and more to do with an overload from partisan sources on both sides that has led to a general tiredness with political correctness, and a deep, irrational distrust of traditional institutions.

Why does it bother you that the U.S. is conservative? It always has been. What we are seeing is is new. You have a lopsided view of our country from CNN and similar outlets. Only 24% of Americans are liberals.  That means 76% are anywhere from very conservative to more in the middle.  I don’t see how people having different beliefs from you is disturbing. In the U.S. we have always embraced diversity, differences and original thought. It’s more disturbing that the left are all in total lockstep with one another. Most people have a diversity of viewpoints depending on their experiences and personal situations.  We wouldn’t want everyone to think the same way.  That leads to stagnation and lack of innovation.  I’m more concerned about your being disturbed by original thought, given your creativity and clever approaches to work

0
ReplyToggle Dropdown
Msg 6 of 9 to Showtalkshowtalk
In reply toRe: msg 5

What disturbs me isn’t the way anyone votes, or how much of a country votes a particular way, what disturbs me is this the inability to parse information, the credibility of every source being questioned, the questioning of an obviously won election, distrust or outright hostility to sources of authority (FBI, Capitol Police, and law enforcement of pandemic mandates)

The Capitol riot, the fact that it happened, and that now the conversation is that it didn’t happen and if it did, the liberals engineered it, and of course the unwillingness to think about anyone by around you in a pandemic, distrust of vaccines, none of the above would ever have happened in America Classic, and we know that because, none of this has ever happened in the history your nation before.

So you’ll excuse me if your closest ally, continental neighbour and largest trading partner shakes its head in bewilderment and sadness that this has befallen a country we call our greatest friend, to the point at which now we have people calling for Canada to start taking steps to ensure we can deal with a fascist neighbour.

Regarding original thought, that’s cool and all but I prefer critical thought.

0
ReplyToggle Dropdown
Msg 7 of 9 to Showtalkshowtalk
In reply toRe: msg 6

I should say parenthetically, I’m not making these comments to be hurtful or be intentionally thick, I’m doing so because I care, because I can’t stand to see reason evaporate and people I like and respect becoming what I can only describe as radicalized.

It’s actually just the opposite.  You are not seeing all the facts and are not willing to look at them carefully. The right believes the left is delusional and unwilling to see the truth.   Everything you say about the right is what many on the right say about the left.  We now know exactly what happened on Jan 6th and see Pelosi and the left are hiding videos and facts. They can’t even fill out simple FOIA requests.  You are not getting all the information.  Critical thinking skills are sorely lacking on the left.  You are taking a few fringe elements and indicative of everyone that is is not the case at all.  Part of it is your age. You have not been taught history of our country as it happened.

No one here is radicalized except maybe one person who rarely posts and rarely visits the forum.  Everyone else is an example of the majority in the U.S.  I don’t know how else I can explain it to you in a way you are willing to consider.  If you believe there was no fraud at all in the 2020 election and that January 6th was exactly as the left says it was, then you are the one who has been somewhat radicalized.  The rest of us look at all the facts, not just what a few news commentators and internet sites claim happened.

Look at the ridiculous narrative around Officer Sicknik’s tragic death or ignoring the death of Ashely Babbit for no reason. If you don’t believe those two situations happened then you are willfully ignoring facts. The same things if you are unaware of the mistreatment of Jan 6 prisoners in confinement,