Did you celebrate Clean Your Refrigerator Day on 11/15?

0
ReplyToggle Dropdown
Msg 154 of 335 to Showtalkshowtalk
In reply toRe: msg 5

sort  of prophetic  no?

PALM BEACH, FL-Stating he was "absolutely sickened" over the loss of "such precious heirlooms," former President Donald Trump claimed Friday that the classified documents seized in an FBI raid had been in his family for generations. "My father inherited these documents from his father, who brought them with him to the...

Did you see it? Over 20 pages were completely blocked out

It just goes to show the barbaric nature of the current Administration to stoop as low as to infringe upon the 4th Amendment of a previous sitting POTUS for political revenge without due cause.

It's heinous at best and a total and blatant abuse of government power at worst!

0
ReplyToggle Dropdown
Msg 160 of 335 to Showtalkshowtalk
In reply toRe: msg 157

Did you see it? Over 20 pages were completely blocked out

It just proves their guilt!

Their redacted copy just shows their hand. If there were legitimate cause for a raid, it would have been unredacted (i.e. nuclear codes were held by Trump... etc.) but that was not in the unredacted portions. Which begs one to ask, then what was in the redacted portions they did not want us to see. Well, they've played that trick too many times... what they've redacted is yet a nothing burger, but if they published the unredacted version, then everybody would know that they had absolutely no right to raid Trump's home. So they redact it!

Eventually, the truth will come out and it will back fire on them.

Until then, they've cried wolf too many times and nobody believes them anymore!!!

The redacted portions will incriminate them.

YOU MISSED A PAGE... 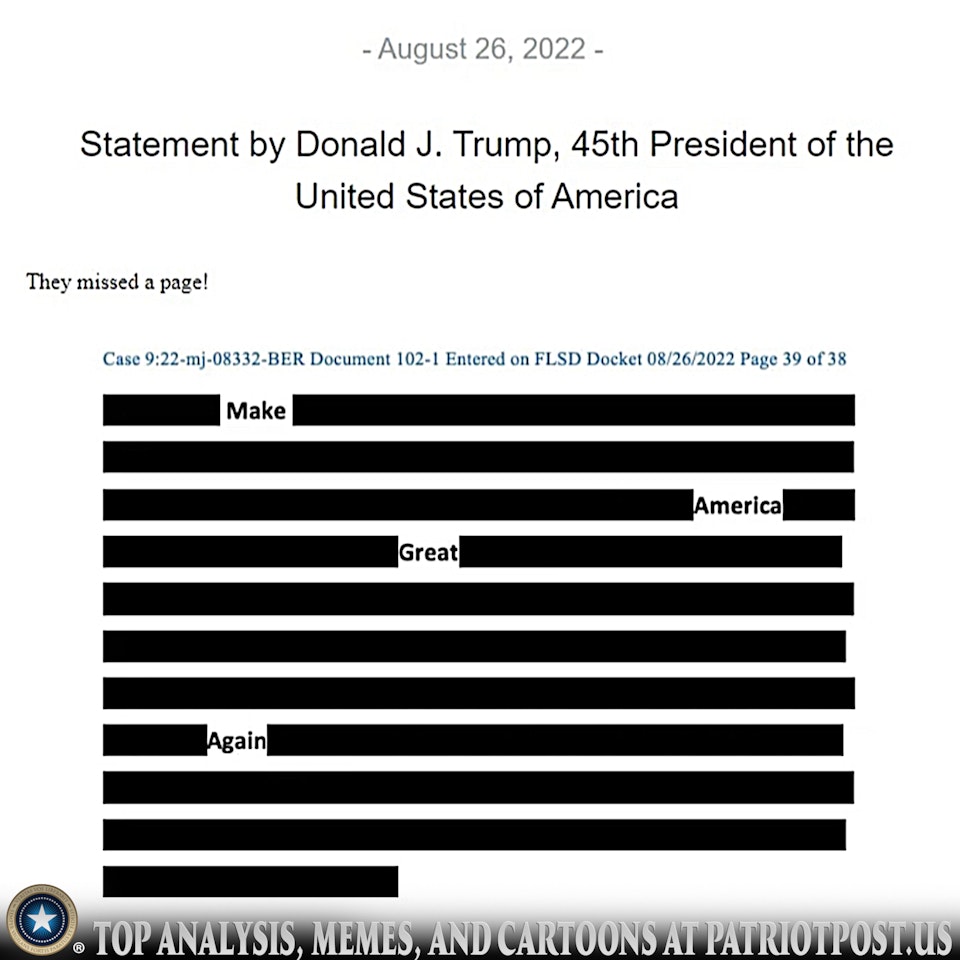 LOL!  Trump can find humor in anything. That is a good characteristic.  Most politicians never smile.