Latest 7:03 AM by ThE CrAzEy LeMmInG (ROBERTJVAN)

What will happen with the fraud lawsuit against Trump in NYC?   The Serious You: How Current Events Affect You

Change Vote
He will be charged and go to jail
He will be charged and go to trial
It doesn't matter, his crimes have been exposed
There will be media hysteria for a while then it will vanish after the electi...
He committed no crimes and the NY prosecutor is grandstanding
The case will drag on for years and nothing will come of it
4 and 6
4 and 5
4, 5 and 6
Other
VoteView Results
0
ReplyToggle Dropdown
Msg 2 of 11
In reply toRe: msg 1

I’ve heard several attorneys discuss this today and they all agree James is wrong. Even if he had inflated the value of his properties, it’s not a crime and not doesn’t matter.  Banks don’t take a property owner’s valuation. They use it as a baseline to evaluate it for themselves. Owners always over value property and they know it. No banker is going to lend money based on Trump’s say so. They have their own appraisers, it’s a huge complex process and it’s part of the lending process.

She also forbid him to do business in NYC until he has been tried. Tried on what? Her case is fraudulent.  She doesn’t have the ability to tell banks who they can do business with.

It’s telling she filed a civil suit rather than a criminal suit. Why did she do that? Because it’s not fraud and not a felony and not even illegal.  There is nothing there to prosecute.

As usual the media jumped on this and made a big deal out of it. We finally got Trump. Except they didn’t.  There was no crime. James won her election vowing to sue Trump. Well, join the club. Hundreds of people sue him. He usually wins or occasionally settles.  Once the election is over, she will have to drop it. 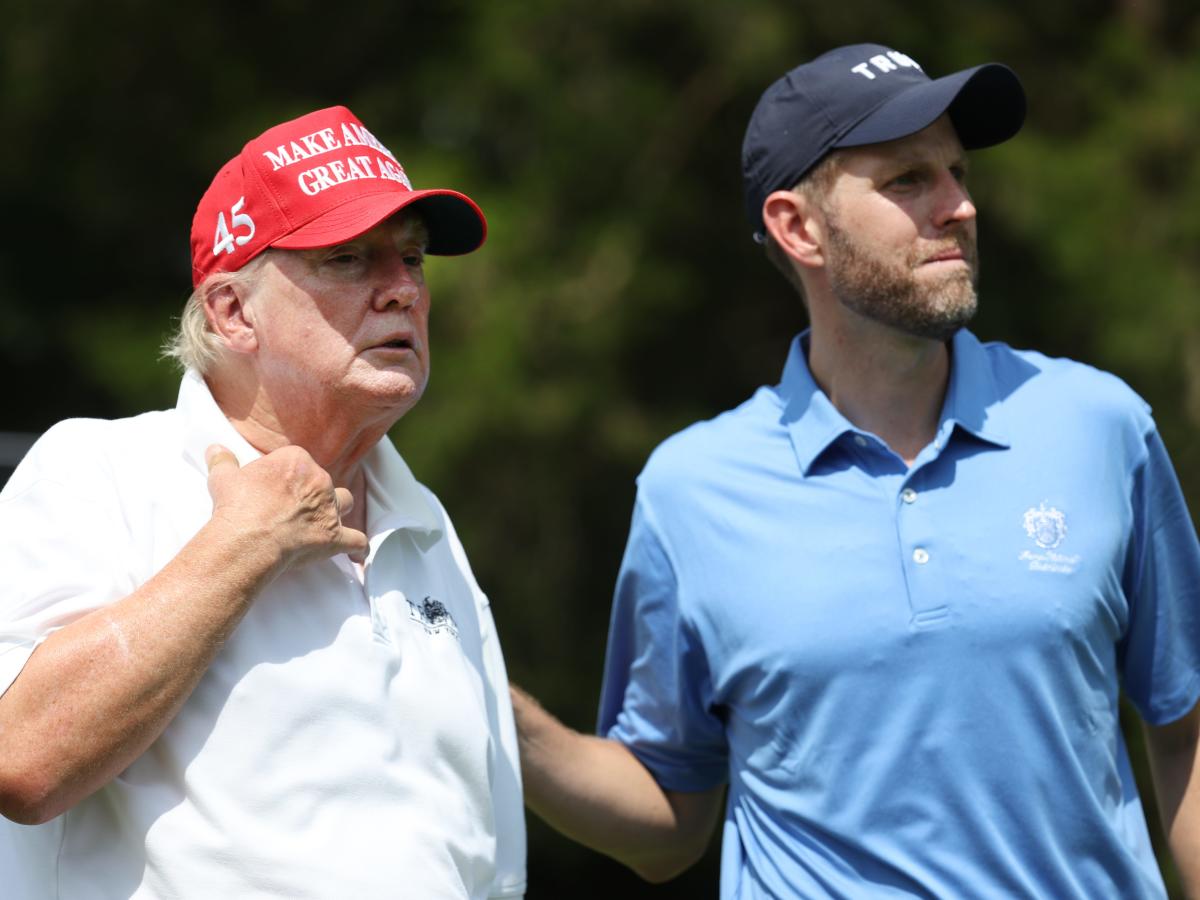 The former president's son, who is executive vice president of the Trump Organization, posted a video of James pledging to sue his father.

But they might try to bring it up again after he says he's running in 2024! However, they are just grand standing... they have found yet another nothing burger again.

Remember Schiff and Nadler saying "We have factual evidence that Trump colluded with Russia"!!! This is just another one of their political stunts!

0
ReplyToggle Dropdown
Msg 4 of 11 to Showtalkshowtalk
In reply toRe: msg 2

It’s telling she filed a civil suit rather than a criminal suit. Why did she do that? Because it’s not fraud and not a felony and not even illegal.  There is nothing there to prosecute.

Yep, they don't have a criminal case because he did nothing wrong.

But they're going to beat this horse until it's bloody too just like with Trump-Russia collusion and the Ukraine quid pro quo and the Jan 6th insurrection... they have absolutely nothing on him to file criminal charges.

Psssstttt: For those not in the know... You're innocent until proven guilty in the US... but the Democrats mistakenly think "You're guilty if we say so"!

She expects her voters to have no knowledge of the law as her restrictions on his behavior are illegal.  She will be re-elected because all they hear is that Trump is bad. The election, including hers, isn’t about Trump.  If I was a voter, I’d want to see what she is doing about crime in her own city.

0
ReplyToggle Dropdown
Msg 6 of 11 to Showtalkshowtalk
In reply toRe: msg 5

She's exacerbating crime with their catch and immediately release with no bail required!

Make sure her voters know that!!!

I heard her opponent speak. He's all over this. Voters need to listen to him.

0
ReplyToggle Dropdown
Msg 8 of 11 to Showtalkshowtalk
In reply toRe: msg 7

For the past three years, the liberal media attacked President Trump, his family, and his business organization for allegedly inflating the value of their assets to secure business loans.
The fake news media ran several reports on these accusations. The New York District Attorney’s office opened an investigation on the Trump organization to target and harass the family over the allegations.
Even the late-night political operatives were using the story to attack President Trump.
Now more than three years later the truth comes out. The Trump organization did not inflate their assets — They actually undervalued their global assets instead.
It was all another media lie against Trump.
FOX News reported:
Manhattan District Attorney Alvin Bragg stopped pursuing charges against former President Trump and suspended the investigation “indefinitely,” one of the top prosecutors who resigned from the office said in his resignation letter–but disagreed with the decision.
Mark Pomerantz and Carey Dunne, who had been leading the investigation under former DA Cyrus Vance, submitted their resignations last month, after Bragg began raising doubts about pursuing a case against Trump…
…But a source familiar with the investigation pointed Fox News Digital, specifically, to Trump’s “Statement of Financial Condition,” which reports an entity’s assets, liabilities and abilities to raise and use funds.
The source told Fox News Digital that Trump did not inflate his financial statements, as prosecutors had anticipated, but instead, undervalued his assets.
The source also told Fox News that Trump never defaulted on payments to banks, and said his statement of financial condition included “caveats” which “refuted” claims by the DA’s office.
One source familiar with the investigation claimed the case against Trump was political and fueled by the former president’s political enemies, and told Fox News that Pomerantz “shouldn’t have been in the DA’s office in the first place.”

Ironic, isn’t it? Will they admit they were wrong?

0
ReplyToggle Dropdown
Msg 10 of 11 to Showtalkshowtalk
In reply toRe: msg 9

I highly doubt it.

They'll attempt to sweep it under the rug.

This is where real journalists should step up to plate and go ask them why they were so wrong?