Would you eat a Nancy Pelosi diet every day?

No smoking - bagels will blow up   The Jovial You: Humor, Jokes and Riddles

Wonder if they made the bagels out of that special high explosive developed in WW2 for the precursor of the British SAS. It was expressly designed to be smuggled into a combat zone disguised as bread or flour, and in an emergency the toxicity was low enough that someone could eat some to avoid capture. But with a proper initiating heat and shock, it blew up pretty effectively.

Reminds me of when I was in Jr. High... we took the capsules that toys came in: 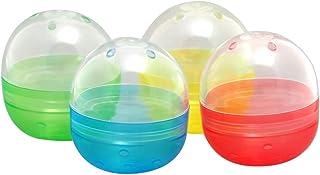 Filled the bottom with vinegar, made a cut out from the side of an empty Kleenex box to fit inside the capsule.

Then we poked a small hole in the middle of that cutout and poured baking powder in the top half of the capsule.

Then we fitted the two halves of the capsule together, shook them briskly for 4 seconds or so and thew them up in the air.

As the vinegar mixes with the baking powder, a gas is expanded inside of the capsule and while that capsule is still flying thru the air, it would more or less explode!

We would take a 2 liter soda pop bottle. Handle with welding glove, go to the propane tank and put a short piece of copper tubing onto the liquid withdrawal port.

Shut the liquid valve. Screw the cap tightly on the soda bottle, and quickly carry it some distance away before the frost starts to melt, which indicates significant pressure is building up as the propane warms and tries to expand.

The bottle would take a while to blow, depending on the weather. In the dead of winter it might sit there for weeks until we had a warm spell, then it would blow in a couple of hours.

It would never blow at night because a soda bottle can withstand about 120 to 150 PSI, and a warm spring day is required to build up that much pressure, although leaving no expansion room could push it beyond 200 on a warm day.

The polyethylene terpthalate tends to leave white "stretch marks" as it gets under strain and approaches the fail point. Sometimes the bottle would stretch asymmetrically and make little clicks and pops. When it was ready to blow, the clicks and pops would get more frequent and go up in pitch, until in the final 20 seconds or so, it would start to squeak, then there might be a pause of a second or two, and BOOM.

To accelerate the process, you could build a small campfire then set the still cold bottle on a rock fairly close to the fire. The heat would thaw it very fast, and weaken the bottle on the hot side, and the pressure would rise to the fail point in as little as 2 minutes.

Since propane is flammable, when the bottle ruptured, the expanding cloud of propane would hit the fire and ignite. You'd get this enormous 20 foot diameter fireball, which would then rise and expand and swirl, sometimes making a near perfect mushroom cloud depending on how the fuel and air were able to mix.

Sometimes though, cold boiling propane would remain near the ground and only burn at the periphery of the cloud, which could make a fierce fire that might reach 50 feet radius as it vaporized the remainder, drew in more combustion air as the combustion products rose into the air.

It was usually over in about 200 milliseconds, which was enough to still make a big shock wave and heat pulse, as 2 liters of liquid propane going off all at once releases a lot of thermal energy.

LOL... sounds interesting, but not something I would want to try near my home!

Did the wave from the explosion actual extinguish the fire shortly after it burst into flames?

Did the wave from the explosion actual extinguish the fire shortly after it burst into flames?

Nope. But the complete consumption of the fuel caused the fire to go out almost as quick as it erupted.

I have a picture of one of these explosions, shot on film, the camera triggered by a microphone a few feet from the bottle, feeding an operational amplifier and then an open collector comparator that would produce the electric switch closure to fire the shutter in reaction to a very loud noise.

The fireball looks very asymmetrical, and it's because of how the shutter sweeps across the film plane as a narrow slit to get 1/2000th of a second exposure. So the right side of the picture depicts the earlier phases of the explosion, while the left side shows the later phases, simply because the shutter took about 10 milliseconds to sweep across the entire focal plane.

Admittedly we "helped" the explosion along. After placing the bottle and lighting an oily rag about 2 feet behind the bottle, we shot it with a Ruger 10-22, which absolutely ruptured the bottle. In the image looking closely, you can see two halves of the sort of translucent bottle about 10 feet in the air, just a foot or so ahead of the flame front.

No one noticed that until we took the picture and made an 8x10 enlargement.

Now that the statute of limitations is long gone, I ought to find the print and scan it. This was about 40 years ago or so.