Is it right to dox and protest Supreme Court justices to change their minds?   The Serious You: How Current Events Affect You

Change Vote
No, it's illegal to try to change a legal opinion. They should be arrested
No, it's immoral
Yes, we should celebrate the leak and try to change their votes
Yes, conservative SCOTUS justices should be threatened and frightened
1 and 2
3 and 4
Other
VoteView Results
0
ReplyToggle Dropdown
Msg 2 of 11
In reply toRe: msg 1

There's been talk of protests outside Supreme Court Justices' homes; but it appears likely that such protests are illegal, under 18... Protesters demonstrating outside of Supreme Court Justices' homes may be breaking federal law and it may not be constittutionally protected. 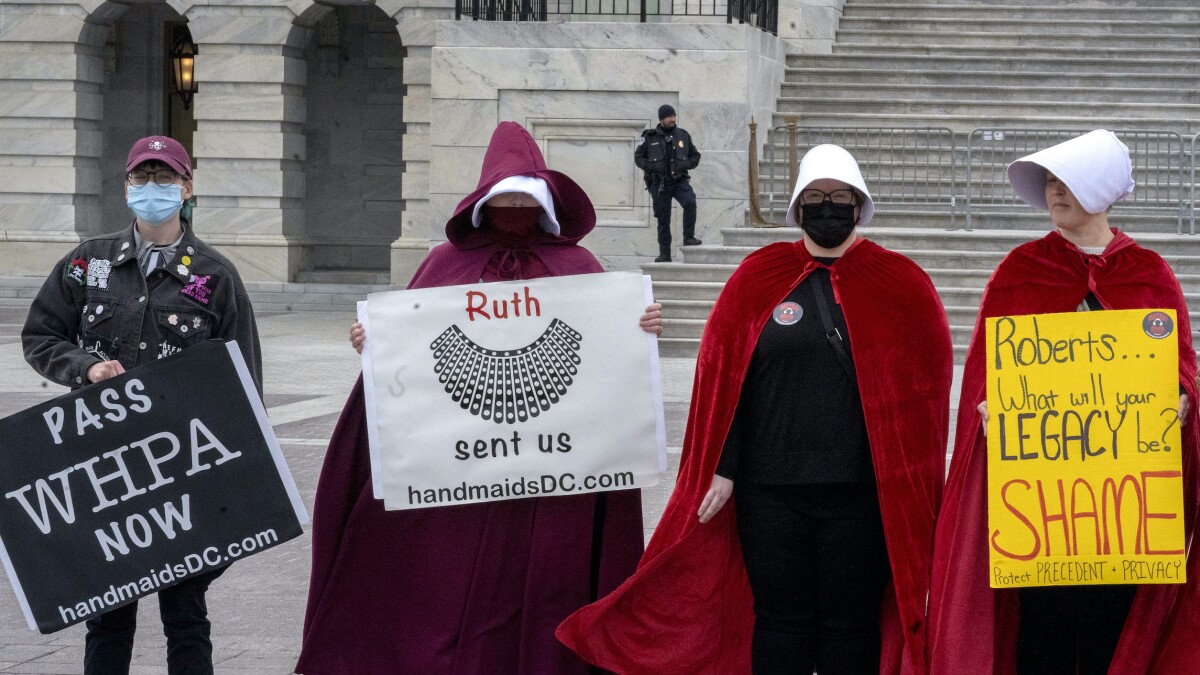 The Senate unanimously passed a bill to provide top-level security services to Supreme Court justices and their families amid threats against conservative court members who look likely to strike down Roe v. Wade.

The judges may all need to move out of their homes for safety reasons.  It’s appalling.

The bill passed unanimously in the Senate but Pelosi refuses to bring it to a vote in the House. Only conservative judges are targeted and she wants the protests to continue. She hasn’t said that but it’s obvious.

WHAT ARE WE WAITING FOR?

It's already illegal to protest outside the house of our Supreme Court Justices houses!

All that needs to be done is call in the police to arrest them for doing something illegal.

If the police refuse to arrest them... then WE THE PEOPLE... have the right to make a citizen's arrest!!!

However... BEWARE... if you're not familiar with making a citizen's arrest, then you should NOT attempt it as you could be placing yourself in jeopardy if you don't do it by the book. So make SURE you know what you're doing first.

So why does Pelosi and the slow walk have anything to do with this? We don't need a bill to declare something that is already illegal to be declared illegal again by Congress!!!

Call the police... if they won't intervene... get those familiar with citizen's arrests involved and move the crowd away from our Supreme Court Justices homes!!!

Neither the House nor the Senate need to be involved!

Edited to add: It just goes to show how broken our current government is and how little our citizens understand their rights!!!

It is illegal yet it’s allowed. This bill would acknowledge the possibility of a serious threat and would give them protection.  Of course, they could pay for their own and probably do, but Pelosi refuses to take care of an entire branch of government.

0
ReplyToggle Dropdown
Msg 9 of 11 to Showtalkshowtalk
In reply toRe: msg 8

It is illegal yet it’s allowed.

You are but you are not making sense. If it's illegal... then it's not allowed. If somebody is allowing it... then they're illegally allowing illegal activity which is illegal in and of itself! Therefore call the police in and stop the illegal activity...

This bill would acknowledge the possibility of a serious threat and would give them protection.

Protesting outside is already illegal... what does the seriousness of the threat have to do with anything. It's already serious... because it's illegal and thus the threat is real and needs to be stopped... that's what police are for.

Of course, they could pay for their own and probably do, but Pelosi refuses to take care of an entire branch of government.

Again... what they're doing is illegal and what Pelosi is doing is also illegal! So the Sargent at Arms should also immediately be called to arrest her too!!!

I’m making perfect sense.  It’s illegal but nothing has been done to stop it so they are giving tacit approval.