Are the suburbs outdated?   The Serious You: How Current Events Affect You

Anyone who ever watched a season of The Apprentice could never say Trump is a racist.

0
ReplyToggle Dropdown
Msg 55 of 67 to Showtalkshowtalk
In reply toRe: msg 54

0
ReplyToggle Dropdown
Msg 57 of 67 to Showtalkshowtalk
In reply toRe: msg 56

A very intelligent and caring man. Nothing like the rioters.
0
ReplyToggle Dropdown
Msg 58 of 67 to kizmet1kizmet1
In reply toRe: msg 57

I thought Carson was someone both sides would like.  I also think he’s a Democrat.  He’s not very political in public.

0
ReplyToggle Dropdown
Msg 59 of 67 to Showtalkshowtalk
In reply toRe: msg 58

I don't know how he is registered. He seems to be a GOP in everything he says and does. People tried to be critical.of him in the beginning but had a hard time as he had such good credentials.
Didn't he run for POTUS in GOP party?
0
ReplyToggle Dropdown
Msg 60 of 67 to kizmet1kizmet1
In reply toRe: msg 59

Now I remember, he was a Democrat, then switched to Republican because Reagan impressed him, then Independent, after he criticized Obama’s policies that he felt were antiBlack.  He became a Republican to run for President.  He seems to have some Democratic Party ideas and some Republican. He is not a conservative.

0
ReplyToggle Dropdown
Msg 61 of 67 to Showtalkshowtalk
In reply toRe: msg 60

I like him because he doesn't shoot off his mouth whether he agrees with Trump or not. Apprently, he wanted his housing job enough for Trump to give it to him. If he helped change the Obama bill, I am happy.
0
ReplyToggle Dropdown
Msg 62 of 67 to Showtalkshowtalk
In reply toRe: msg 60

Trump's niece Mary  says her uncle has been known to say racist stuff.

Just because you hire a black fellow does not disqualify the employer from having racist views. Republican ideology uses projection on a daily basis.

Carson has been known to waste taxpayer money like Trump. Remember the 31000.00 dining set? 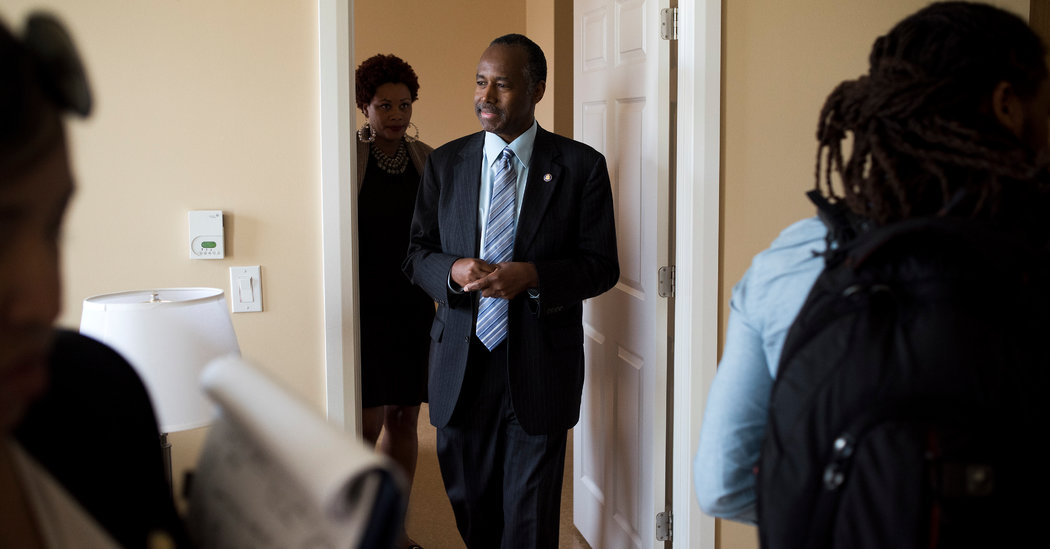 Ben Carson's HUD Spends $31,000 on Dining Set for His Office

Mr. Carson's wife is accused of pressuring officials at the Department of Housing and Urban Development for an expensive redecoration of his office.

Yes, he stands up for what he believes.