Good luck with all that,. pal.

Politicians have long been known for having a loose relationship with the truth. Generally, that takes the form of exaggeration or hyperbole. But the latest craze among Democrats is just making flatly contradictory statements. In this category, it's hard to top the performance of Pennsylvania Se

Menton makes note of the many lies and contradictions when Biden talks about his energy policy:

Biden and his LEFTY flipflop personal want American poor and totally financial dependent just as the most of the MARXISTS have done !

Cheap smm Panel has never been here before. I guess I am not the only one enjoying myself here, based on the numerous comments on your articles.

0
ReplyToggle Dropdown
Msg 32 of 53 to Sand_GrainSand_Grain
In reply toRe: msg 31

You gót spámmed.. . Please feel free to delete my post too...

CNN, of all places, called out that last line in a big fact check of recent Biden whoppers (of which there are many):

Biden’s claim that the most common gas price when he took office was more than $5 is not even close to accurate. The most common price for a gallon of regular gas on the day he was inaugurated, January 20, 2021, was $2.39, according to data provided to CNN by Patrick De Haan, head of petroleum analysis at GasBuddy. In other words, Biden made it sound like gas prices had fallen significantly during his presidency when they had actually increased significantly.

"The object of power is power."

And where are they now, stud? Right after the election, President Biden departed Washington on November 10 for a big round of international meetings . First, he went to Sharm El-Sheikh, Egypt, where he spoke on November 11 at the UN "climate" conference known as COP-27. Then it was off to Phnom Penh, Cambodia, for meetings

... First, consider the COP-27 conference in Egypt. Some 35,000 people flew in to attend because, after all, UN bureaucrats and international diplomats are way too important to be subject to any imperative to reduce carbon emissions that may apply to the little people. Most of the attendees at the conference came from the so-called developing world. The representatives from those places, who are not dopes, are completely on to how easy and profitable it can be to shame a lefty fool like Biden, and they were primed to test just how much this sucker could be duped out of.

Somehow, in the short year since the last such conference — COP-26 in Glasgow, Scotland in 2021 — the focus of the mostly-annual UN get-together had shifted dramatically. Last year, all the talk was “Net Zero” — how we are going to eliminate the use of fossil fuels in the economy. Twelve months later, Europe now is facing an energy crisis. Its consumer energy bills are soaring, wind an solar are completely not up to the task of taking up the slack, and its emissions are rising with increased use of coal. Sorry, nobody’s carbon emissions are going down much any time soon. It’s time to memory-hole “Net Zero,” at least for the moment, and move to a new theme of convenience. This year’s theme was “loss and damage” funding.

What’s that about? To give some context, think way back to COP-15, that took place in Copenhagen in 2009. At that conference the rich countries made some vague commitment to provide $100 billion or so per year to developing countries for “climate action.” From the website of the OECD:

At the 15th Conference of Parties (COP15) of the UNFCCC in Copenhagen in 2009, developed countries committed to a collective goal of mobilising USD 100 billion per year by 2020 for climate action in developing countries, in the context of meaningful mitigation actions and transparency on implementation. The goal was formalised at COP16 in Cancun, and at COP21 in Paris, it was reiterated and extended to 2025.

That piddling $100 billion per year was supposedly for “mitigation actions” and “transparency in implementation.” In other words, maybe building a fleet of useless wind turbines. But now this year these developing countries have latched on to a much more lucrative idea in this “loss and damage” thing. Now, we are no longer talking just money to build wind turbines, with the reigning kleptocrats getting the opportunity to skim 10% or 20% here and there. No, now we are talking about much bigger money, and all of it going straight to the pockets of the kleptocrats. In the run-up to the conference the UN put out a big Report laying the new number on the table: $2 trillion per year. Euronews.green had a summary on October 11, with the headline “Loss and

Developing and emerging countries will need $2 trillion (€1.98 trillion) per year by 2030 to cope with climate breakdown, a new report warns. The money - which covers all of the world’s developing economies except China - would fund a shift to renewable energy and help countries cope with extreme weather. The figure comes from ‘Finance for Climate Action’, a UN-backed report released on Tuesday. . . . Its authors call for ‘immediate action.’

The only right response for a U.S. President was to stay as far away from this shake-down as possible. But of course Biden went. The New York Times had a
...[Message truncated]
View Full Message
7
ReplyToggle Dropdown
Msg 37 of 53
In reply toRe: msg 36 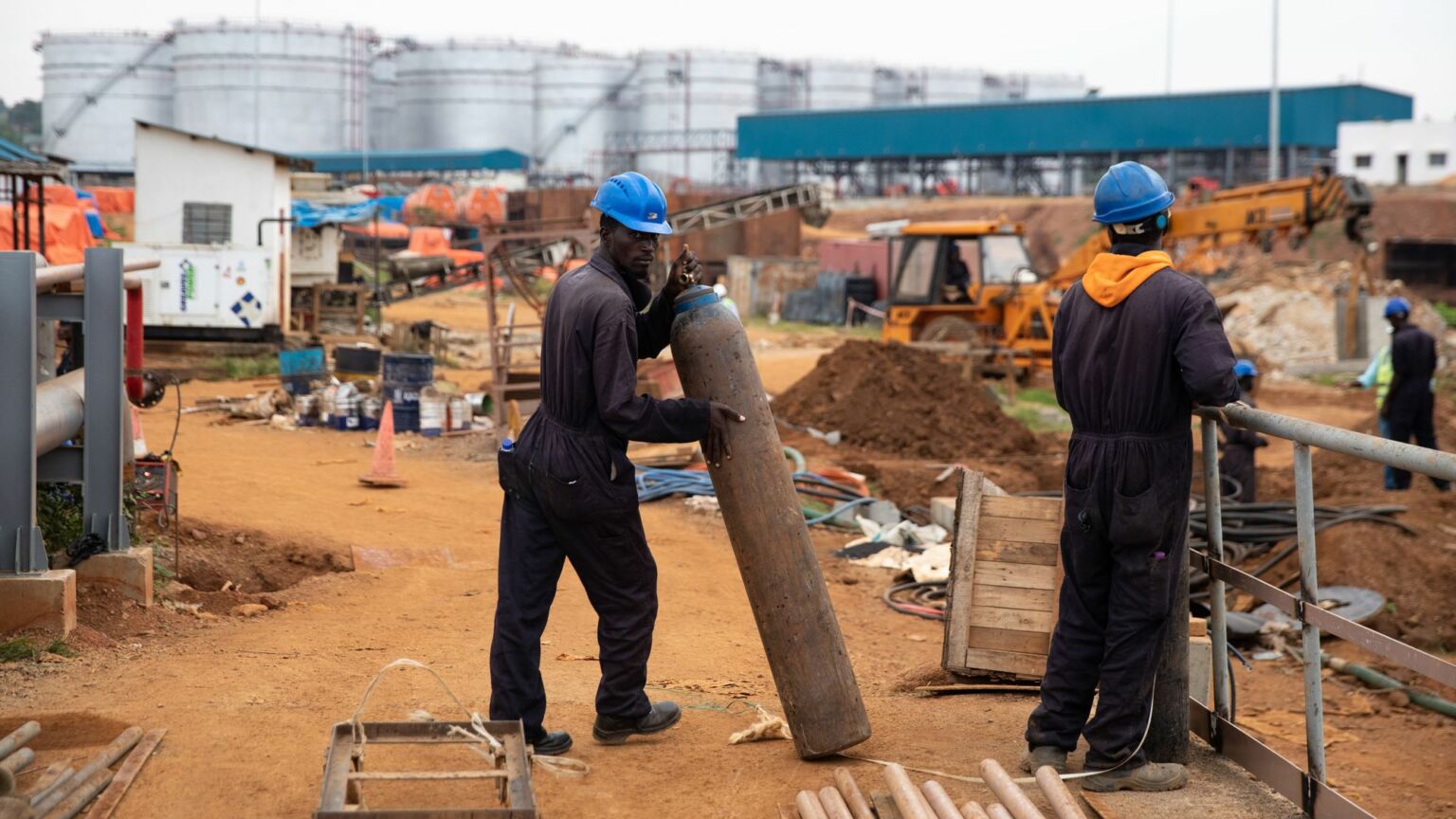 In The Communist Manifesto, Marx and Engels warned that the ‘spectre’ of class war loomed over a rapidly industrialising capitalist world. Today, the neoliberal world is increasingly haunted by a similar spectre, this time of a global class conflict.

This conflict was evident at the recently completed COP27 gabfest-turned-guiltfest. Having exhausted their apocalyptic pronouncements, the assembled woke corporations, bureaucrats and obscenely financed nonprofits have now been compelled to offer reparations to poorer countries for their carbon sins. They call it ‘climate justice’.

Climate reparations may appeal to the perennially virtuous elites of the EU, the UK and, most of all, the US. But not so much to the middle and working classes, who will suffer the consequences in terms of higher taxes and the loss of decent jobs in industries like logistics, manufacturing and energy during what could turn brutal in any coming downturn. The US alone has pledged up to $1 billion to mostly corrupt Third World countries. But it is unlikely to be popular among hoi polloi. Moreover, much of this ‘blood money’ will simply line the pockets of kleptocrats at the helm of many countries. And so far, oddly, nothing is being demanded of China, the world’s preeminent and growing emitter of greenhouse gases.

For their part, the middle and working classes in the developed world may not be experts on geopolitics. But they likely know a scam when they see one, particularly given they will be the ones paying for it.

As is now clear, voters in ‘rich’ countries will put protecting themselves and their families over assuaging the consciences of the upper echelons. We can see this in many countries. In the recent US Midterms, the GOP may have messed up tactically, but it still won the popular congressional vote by a surprising margin. If the increasingly marginal Donald Trump and his idiot enablers in places like Pennsylvania had not ruined the ‘red wave’, we would likely be looking at strong Republican control of both houses.

Remarkably, the Republicans even made advances in cities and among Hispanics, Asians and African Americans, while maintaining a near two-thirds edge among white working-class voters. This is not the old right, based on religious or market fundamentalism. Many of these new Republicans used to be Democrats, and a large segment consists of small-business owners. They clearly are turned off by the incessant anti-family identity politics of the left, but they are also worried about the economy, and the rise in rent
...[Message truncated]
View Full Message
7
ReplyToggle Dropdown
Keep Reading
TOP
Copyright © 2023 Delphi Forums LLC