Alan Watts: Life is NOT Complicated

Rex Murphy and Jordan B Peterson

Revolt of the Fatherless   Social issues 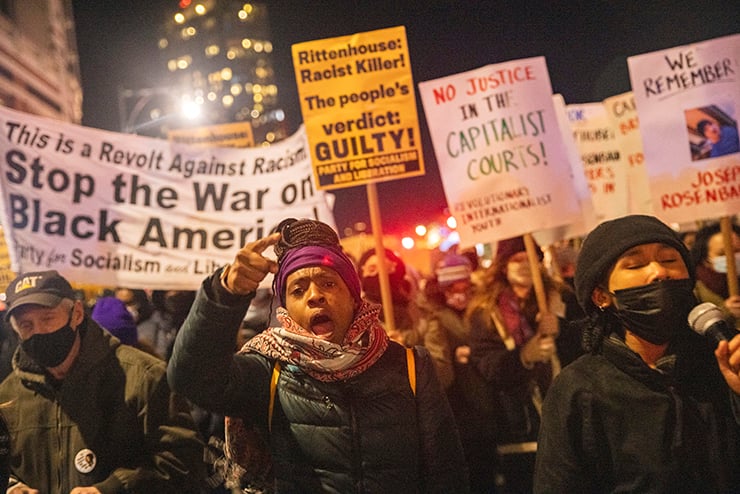 The crash of Western civilization can be traced to the state's surgical removal of the father's authority and to the feminized blind rebellion that has followed.

... As Schwartz explains in his paper, “The World Turned Upside Down,” when life begins, “a loving mother is the world to us … we are the center of a loving world.” She accepts and approves unconditionally our “spontaneous impulses.” Eventually, however, the larger reality intrudes on our cozy comfort zone:

Over time, the outside world, strikingly indifferent to our desires and unimpressed by our importance, makes its presence known to us. Within the family, this outside world is represented by the father, who has a relationship with mother that does not revolve around us. At first, we experience this as a violation and try to eject it, but ultimately we recognize that we will have to understand it in its own terms.

This involves “taking father’s relationship with mother as the basis” of a kind of promise: “If we become like him, learning about and dealing with the world on its own terms, we can regain something like mother’s love, as he appears to have it.” We thus learn to engage with the indifferent world and to do what it requires, though we can still recognize its imperfections and exercise our own creativity as we engage with it. All this “offers the realization of one’s potential, or as a vehicle for advancement, or of fame, or as part of a career, or of a moral project.” He goes on to say,

The object, for the father as much as for anyone else, is to become again the center of mother’s love. … The premise of our tradition is that he gains it through his accomplishments within the indifferent world. … He is creating something that mother values, as a way of balancing what would otherwise be a source of overwhelming dependency. This interdependence can form the basis of a stable, emotionally close relationship.

All this is premised on one critical assumption: that “the mother appreciates and feels emotionally connected to the father; she loves him.”

This natural paradigm is attacked by radical sexual ideology and its institutionalization in government welfare and existing divorce laws. These structures empower officials to “divide and rule” parents by turning fathers and their authority into objects of invective or ridicule and by turning children into narcissistic and nihilistic rebels. As a result of feminist ideology, “the most striking characteristic of our time is that the mother resents the father,” writes Schwartz, and resentment (as Nietzsche and others understood) is the most poisonous emotion in politics. In the milieu of resentment, “the way for the children to become again the object of mother’s love is by joining her in her hatred of the father and the attendant wish to destroy him.” Schwartz goes on to explain this animosity in terms reminiscent of our current ideological resentments:

This precisely describes today’s revolt, beginning with adolescent children of welfare and involuntary divorce, who almost universally hate their fathers with an animus that is visceral and irrational.

Rectifying this law will facilitate the larger challenge of dismantling the socialist-feminist welfare behemoth, which institutionalizes this source of abuse. State-mandated feminization was inflicted first upon the poor and then upon others. Devouring one-fourth of our GDP, this underworld criminalizes breadwinning men, embitters single mothers, empowers radical apparatchiks, and disfigures (morally and physically) innocent children. It also impoverishes all of us and entrenches leftists in public office.

Can't wait to see it happening - as other major problems will emerge!

The New Politics of Sex (with Stephen Baskerville)

Scholar Stephen Baskerville will join the show to discuss his book The New Politics of Sex, and how the intersection of ideology with the legal regime has de facto abolished family. Baskerville strongly criticizes conservatives for having made peace with the divorce regime that underlies every social pathology in America. His red hot takes are totally unlike anything else you'll see in conservative circles, so this is sure to be a thought provoking conversation.

I've heard of Stephen Baskerville before....

AS THE SONG GOES!

This is a Man's world, this is a man's world But it wouldn't be nothing, nothing without a Woman or a girl You see, man made the cars to take us over the road Man made the train to carry the heavy load…

11
ReplyToggle Dropdown
Msg 6 of 17 to NYCKGBNYCKGB
In reply toRe: msg 5

Such a shame for our modern society. ..

-oh yeah
-Like Noah made the ark
-This is a man's, man's, man's world
-But it wouldn't mean nothing
-Without a woman or a girl

8
ReplyToggle Dropdown
Msg 9 of 17 to NYCKGBNYCKGB
In reply toRe: msg 8

The system is a world wide problem for decades.

Hundreds of men die during combats during wars and family miss out on male presence at home.