The 1619 Lesson   History and Archaeology

Without considering whole books about the subject, this is undoubtedly the best short refutation of the 1619 Project I've come across.  It doesn't spend that much time addressing the factual errors in Nicole Hannah-Jones' New York Times tract.  Renowned historians have soundly refuted her many falsehoods and fantasies.  What this essay brings to our attention is the question I've put to just about everyone who ever talked up the Howard Zinn approach to history, that is, seeing the history of the U.S., and even the entire history of the world, as nothing but a story of oppression, exploitation, and racism. 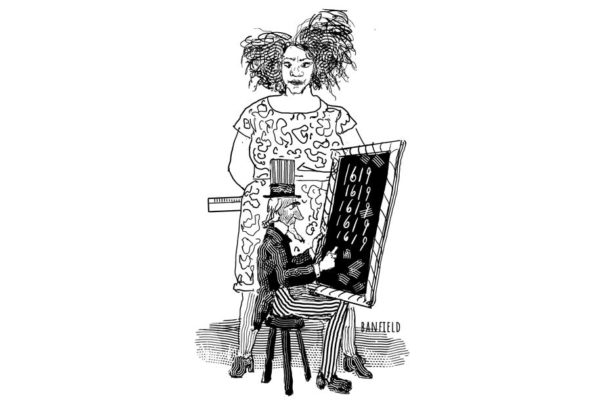 The 1619 Lesson - Claremont Review of Books

If the young are taught that "racism is and always was the dominant ideology," then the American experiment will hang by the thinnest thread.

Read more from Claremont Review of Books
If the young are taught the terrible falsehood that “racism is and always was the dominant ideology,” then the American experiment will hang by the thinnest thread, and we will have no Lincolns to save it.

Hannah-Jones' polemic has graduated from a sensationalist series in America's leading far-left newspaper to a lesson plan in thousands of schools and now even a glossy illustrated edition for those who need a pretty to look at display of their ignorance, bigotry, and hate on their coffee table.

That the book has won awards and prizes comes as no surprise to those who know how these are allocated.  As in so much of life in these woke times, merit certainly has nothing to do with it.  It's rather like the ornament of the likely never even opened book itself, a show, like putting a Black Lives Matter sign on your front lawn in the hopes of deterring arson.

... But these many eloquent objections have not stopped Hannah-Jones and her collaborators from distributing their message all over America, with the help of lavish funding and public honors. The 1619 Project: A New Origin Story is now available in a beautifully printed and produced volume that expands the original contributions, adds some new essays and themes, and includes a large admixture of poetry and fiction to accompany the prose essays, some of which first appeared in the New York Times Magazine. No doubt in response to the criticism described above, the essays are occasionally more nuanced than the originals. But the broad emphases remain the same, and the ideological Manichaeism remains dominant as ever. There is a marginally greater willingness to acknowledge that Abraham Lincoln was anti-slavery (although incorrigibly racist), and the contributors ever-so-slightly qualify the claim that the American Revolution was fought to preserve race-based slavery. Mostly, though, Hannah-Jones responds to her critics not with good arguments but with predictable indignation and ad hominems. In an introductory preface, she confesses herself shocked that “a small group of historians attempted to discredit” the 1619 Project, as if she expected that her anti-American slander would receive nothing but praise. And in response to Lincoln scholar Allen Guelzo’s observation that she launched her crusade from a position of “ultimate cultural privilege,” Hannah-Jones calls Guelzo—of course—a racist.

The packaging is undoubtedly prettier, but the assault on America—and on the excellence and dignity of our political principles—is as sustained and unqualified as ever. The immense sacrifices of the Union soldiers, in lives or limbs, count for nothing in this volume: the boys in blue, too, were incorrigible racists, and anyway the slaves basically freed themselves. Similarly, banning the slave trade in 1808—as allowed or even encouraged by the federal Constitution of 1787—was no great achievement. In fact, it may have been motivated by a racist desire to keep the black population from overwhelming the white population in key states of the Deep South.

A foundational conceit of this book is that Americans are denied access to the most fundamental truths about American history and the racial oppression that animates it. Hannah-Jones wants us to believe that unless her work is in every elementary school and coffee shop, Americans will never learn about the horrors of slavery, which endure to this day. But her account of what American students learn in school is unrecognizable to me. Non-stop attention to slavery, Jim Crow, and the secular religion of race- and gender-based “diversity” has been the norm in American schools for a very long time now. On the whole, students come away with little sense that there are elements of the American experience not tainted by racism.

Join us for an evening you don’t want to miss with New York Times reporter Nikole Hannah-Jones, author of THE 1619 PROJECT: A NEW ORIGIN STORY. THE 1619 PROJECT first made a splash in August of 2019 to commemorate the 400th anniversary of the arrival of the first enslaved Africans to what we call modern-day Virginia.

The 1619 Project “aims to reframe the country's history by placing the consequences of slavery and the contributions of Black Americans at the very center of the United States' national narrative” and A NEW ORIGIN STORY does not disappoint.

an interesting book I haven't read yet!

Nikole Hannah-Jones specialty is to talk from both sides of her mouth!

In brief I think; isn't it yet all about seizing another wealthy compensation amount for past historical blunder?

THE VIEW TALKS ABOUT DONATION!!!

Nikole Hannah-Jones Explains Significance of the Year 1619 | The View

The creator of the most comprehensive project on America's history of racism joins "The View" to discuss her newest edition of "The 1619 Project."

thefederalist.com
Nikole Hannah-Jones’ Hate For America Is The Basis Of The 1619 Project
Hannah-Jones’ words matter. They are the same words that may well emanate from our children’s lips if we do not take our schools back.

12
ReplyToggle Dropdown
Msg 9 of 27 to SylveriaSylveria
In reply toRe: msg 8

I wonder if Nikole Hannah-Jones would want to meet with LARRY ELDER for a televised conversation with him??

Larry Elder and Nikole Hannah Jones, now that would shine some light!

Does she know that she has a totally British name?