Compensation For Vax Side Effects

Omicron brought by an alien

Why Wear Mask And Avoid Crowds

What's with the empty posts? (Poem)

Our Society is run by insane people!

The Deadly Cost of Cobalt

THIS HAPPENS WHEN MUSLIM RULE

Somewhere in the world there is a Muslim-majority country in which a 15-year-old boy accidentally raised his hand to answer the wrong question at a religious sermon. The boy said yes, when he meant to say no.

The boy went into his father’s workshop, placed his right hand inside the grass-cutting machine, and chopped it clean off.

That’s right. He cut off is own hand in the name of the prophet. “When I raised my right hand unwittingly, I realized I had committed blasphemy and needed to atone for this,” he told the BBC. “I came back home… but found the place dark, so I took my uncle’s phone to point some light at my hand. I placed it under the machine and chopped it off in a single swirl.”

7
ReplyToggle Dropdown
Msg 19 of 33 to BeryllineBerylline
In reply toRe: msg 18

"The boy was promptly hailed by his mullah as an ‘aashiq—a true lover of the prophet—and his extreme act of expiation was celebrated throughout his village and surrounding villages. Neighbors are appearing at his home, kissing his left hand, and placing some cash in his pocket."

Such a shocking and grim story!

10
ReplyToggle Dropdown
Msg 20 of 33 to CaroWeeCaroWee
In reply toRe: msg 15

That's true, dreams do come true, however I wonder if it works for some of these harsh culture!

8
ReplyToggle Dropdown
Msg 21 of 33 to BeryllineBerylline
In reply toRe: msg 1

According to Zitslam , a person that speaks as Tawhidi does, is not of their creed, his life is in danger ever since!!

Great, glad you got to learned somehing!

6
ReplyToggle Dropdown
Msg 23 of 33 to poliniouspolinious
In reply toRe: msg 21

Yes, its very sad; according the many Muslims; Mohammad Tawhidi is considered as an apostate and dangerous for easily convincing others be like him!

7
ReplyToggle Dropdown
Msg 25 of 33 to BeryllineBerylline
In reply toRe: msg 1

Tahini contains more protein than milk and most nuts.

2
ReplyToggle Dropdown
Msg 26 of 33 to BeryllineBerylline
In reply toRe: msg 18

Here are two pictures of Ahmadinejad in the relaxed and convivial company of Jews. Can you find me any pictures of any top Zionist in relaxed and convivial company with any Palestinians? I've asked this repeatedly and, so far, the only thing any of the other hasbarists has achieved was Weizmann and Faisal in 1920! Meanwhile, here is a picture of Netanyahu and Abbas: http://newshour.s3.amazonaws.com/photos/2010/09/02/103775602_blog_main_horizontal.jpg 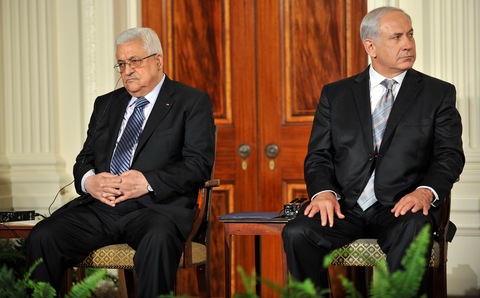 Can you see the difference between this picture and the pictures above? ->
0
ReplyToggle Dropdown
Msg 27 of 33 to BeryllineBerylline
In reply toRe: msg 1