Greats from the Past

Finally is right: so sad.

I am absolutely positive that if this poor horse died under the care of Baffert, it would have made national headlines as "another horse of Baffert dies"---- The death of Cezanne under the care of Pletcher barely made the news in horse publications. The horse developed an infection in June- not sure when he died, but no notice of this death was made quickly that is for sure.

Sad news for sure, finally we know he is gone. Condolences to all who loved you. Run free Cezanne

His untimely death is so very sad. Rest In Peace beautiful one. 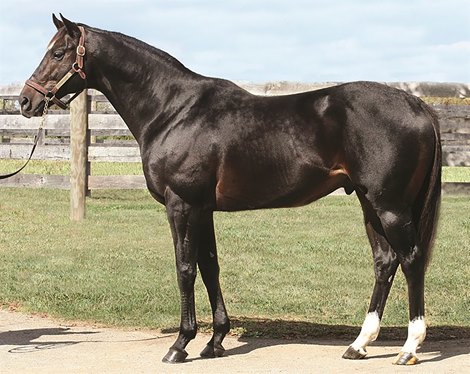 Eurosilver Dies at 21 Standing in Korea

The grade 2-winning son of Unbridled's Song stood in Kentucky and Pennsylvania before being exported to Korea in 2014.

Sapphire Royalty broke down and was euthanized at Parx today , race 8. My condolences to her connections.:(

Albertus Maximus has died due to a paddock accident. My condolences to Old Firends and his connections.:(

The son of Old Friends retiree Albert the Great, out of the Forty Niner mare Chasethewildwind, Albertus Maximus broke his maiden as a three-year-old at Santa Anita.

The following year he proved not only his talent but his versatility when he captured his first graded stakes, the 2008 GR1 Breeders' Cup Dirt Mile, on synthetic surface, again at Santa Anita. He followed that with a win on the dirt in the 2009 GR1 Donn Handicap at Gulfstream.

In addition, he captured the Windy Sands Handicap at a mile at Del Mar and was graded stakes-placed three times.

Albertus was retired from racing in 2012 due to injuries that occurred in his last start, the 2010 Dubai World Cup, where he finished sixth as the favorite. He spent his stud career at His Highness Sheikh Hamdan bin Rashid Al Maktoum’s Shadwell Farm near Lexington.

“Albertus Maximus inherited his sire’s self-confidence,” said Old Friends President Michael Blowen. “Like Albert the Great, Albertus was well aware of his extraordinary talents. If he wasn’t the friendliest retiree, he was very handsome and knew it­­--and we specialize in superstars.”

Oh no, so sorry to hear this. RIP- condolences to all who love and cared for him

Willis D. Horton, who campaigned champions Will Take Charge and Take Charge Brandi, died Friday of pneumonia in a Fayetteville, Arkansas hospital. He was 82.

We lost a good man.:(.  My condolences to his family and friends.