Yes, his right. But even though he is doing additional testing to see how it got in his system, I’m not sure that would hold up as that other testing is not routine for runners and if it shows in their regular testing it may not matter how it got there?

Im sure nothing will change Churchill’s mind(s) on their ban since they’re including other positives. I don’t think the KHRC can allow Baffert to run there or in the Derby/Oaks?

0
ReplyToggle Dropdown
Msg 101 of 236 to cigarellocigarello
In reply toRe: msg 97

This article details what transpired

KHRC is blocking Baffert from getting the requested testing. Plus they have not even set a hearing date. Remember CDI is a private owned property who has issued the 2 plus year suspension, which is way too much! 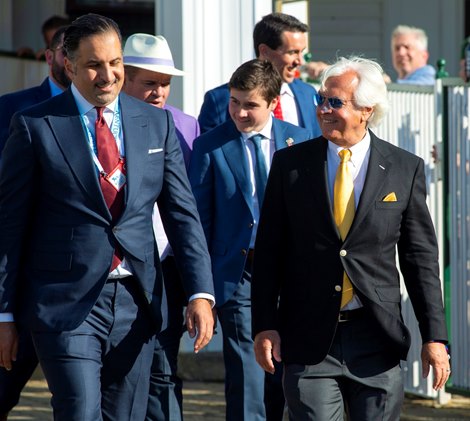 From the KHRC website, Betamethasone overage is considered a class C overage. Here are the penalties , at the most Baffert would get 30 days NOT 2 plus years.
https://casetext.com/regulation/kentucky-administrative-regulations/title-810-public-protection-cabinet-kentucky-horse-racing-commission/chapter-8-medication-guidelines/section-810-kar-8030-disciplinary-measures-and-penalties

0
ReplyToggle Dropdown
Msg 105 of 236 to cigarellocigarello
In reply toRe: msg 104

It’s all Churchill Downs because it was during the Derby and they are bowing to animal rights groups. IMHO

Yes but Churchill is banning on his sloppy management and because he gets away with things in CA. I am surprised about the 2yr ban. They also won’t give him points for the Derby and Oaks during that time, so even if his horses win they won’t let them run, points will be given to the 2nd place finisher.

Im thinking that KHRC won’t do the extra urine testing as that is not a regular test they do for any runner that tests. To them, if it shows up no excuses, I think?

Hopefully, next year we’ll have different testing ( including before race) and a better system in place for fines and suspensions, with regard to how drugs entered the body and such.

If a defendant wants additional testing it is their right and at their cost. They have the horses complete vet records.
Unfortunately the new Committee will not be in place till 6/1/2022.

CDI is not cooperating with him at all and that is not right!

0
ReplyToggle Dropdown
Msg 108 of 236 to gerchgogerchgo
In reply toRe: msg 52

I'm with you on the horse....he won....never mind how and doubt the prescence of that teeny amt made him the winner. He deserves the rose blanket........

Really doubt that animal rights groups have any impact......no headway with stopping round-ups of the Wilds............they do not have enough $$, as with the range, it is the ranchers and lobbyists with the influence and $$