Monmouth is taking entries and there is going to be a line drawn in the sand over the new New Jersey Crop rule. 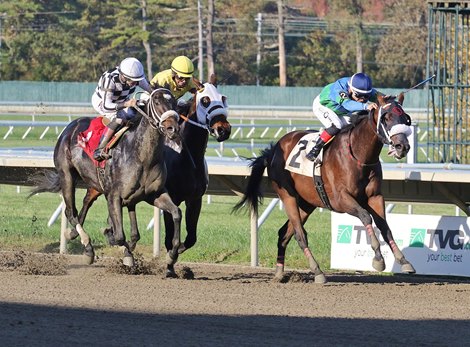 Monmouth to Bar Jockeys Who Refuse May 28 Mounts

Hours before the close of entries for the May 28 opening day card at Monmouth Park, track management has taken a hard stance against jockeys unwilling to ride at the meet due to a new state law forbidding them to use their crop except for safety. 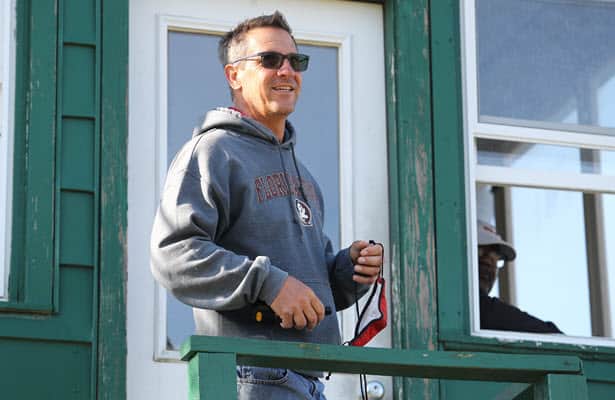 I think the biggest problem is that most jockeys are so used to using their crops constantly, they have trouble pulling back( stopping) when they need to be counting how many times they’ve used it already. I do hate seeing jocks whipping constantly and the horse not running any faster, they’re taking their frustration out on the horse. I didn’t read the crop rules for New Jersey, are they not allowed to use it at all outside of discipline? I know the new rules at SA are difficult for those riding there.

0
ReplyToggle Dropdown
Msg 4 of 42 to gerchgogerchgo
In reply toRe: msg 3

The crops nowadays are so soft it doesn’t hurt the horse at all.
Yes they are removing all crop use except for discipline.

It truly is a safety issue, you are traveling 35 mph trying to go thru a hole and your horse hesitates not a good situation.

Following this week's announcement that the Jockeys' Guild's motion to stay the New Jersey Racing Commission's regulation on the use of the riding crop in Thoroughbred racing was denied by the Superior Court of New Jersey, Appellate Division, several jockeys have announced their plans to avoid racing at Monmouth Park this summer. Jockeys' Guild sought [...]

14 jockeys willing to ride at Monmouth

0
ReplyToggle Dropdown
Msg 6 of 42 to gerchgogerchgo
In reply toRe: msg 5

That’s not enough for a full card and they are riding jockey’s with very little experience. This is a disaster in the making.

Here is my solution to whether the jockeys should ride at Monmouth with the new whip rule issued by the state, as crazy as it may sound. They have two choices -- ride or don't ride. In other words, play by the rules at your own risk or get out of town. But the decision does not have to be made by the jockeys at all. Here is what they do. All the jockeys decide to ride and then ride the way they normally do. If they feel the need to whip a horse in order to win or control the horse then go ahead and whip them. That puts everything on the stewards. Do they decide to look the other way or do they have the cojones to start suspending jockeys until every jockey is on suspension, leaving no jockeys, which means no racing, which means the stewards and everyone else is out of work, which means millions of dollars lost to the state. The jockeys would be right back where they started had they decided to boycott the meet, only now it's no longer on them, but on the stewards. It's now their decision. Do they stick it to the jockeys or to the commission? If the state fires the stewards and replaces them, the same procedure by the jockeys is only going to be repeated. Crazy, I know, but is it any crazier than the current situation?

Well, that is common sense, and the same way I thought when reading it. But, I’m sure they won’t suspend jockeys on the spot as they would be allowed to appeal. But I would hope the Jockey Club would pay fines upfront for them?

It’s also not fair for the existing jockeys when the big jockeys come in for the graded stakes, afford the fines and not have to worry about suspensions at most other tracks?

I did check out the list of jockeys, I’ve recognized many riding on the east coast consistently. They do have experience, just not with the big horses.

Brilliant and kinda obvious if you stop to think about it.  Wonder if there is any hope that might occur.

0
ReplyToggle Dropdown
Msg 10 of 42 to gerchgogerchgo
In reply toRe: msg 8