I am so very distraught about the horse doping scandal. Involving two specific trainers.  I never really liked JAson Servis.in interviews there was something detached in talking about his relationship to his horse.  However,still never connected him with illegal drug use.  It is really despicable that the XYJet who was given the drug,died of a heart attack some months ago— suggested it is related to be given these drugs . Then when we all were excited about the Maximum Security win at Dubai , this victory was fake and question if he ran cleanly,would he still would have won!  I am not sure what notable horses Navarro was connected to ,but he also is a slime ball.  The criminality of these trainers leaves horse lovers  incredibly disappointed and angry that a noble sport is so tainted by greed.  And these equine athletes are exploited !

I doubt he talked to Servis, switching MS to Baffert

Wow, I know that the West’s have horse’s with Bob already but this one shocks me. This article says MS and Midnight Bisou are in Chicago in quarantine so once released I am sure he will head straight to Baffert. If I owned the horse, I would send him to a farm (one with a pool or water treadmill so he can keep some conditioning) for 30 days. 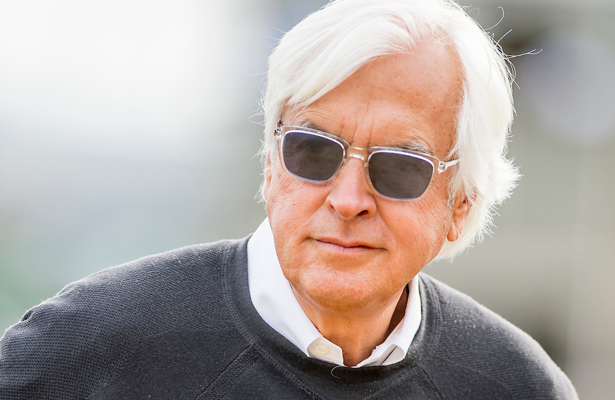 Baffert to train Maximum Security in wake of Servis' indictments

0
ReplyToggle Dropdown
Msg 16 of 262 to gerchgogerchgo
In reply toRe: msg 13

I posted the horse racing nation one! Lol

0
ReplyToggle Dropdown
Msg 17 of 262 to gerchgogerchgo
In reply toRe: msg 12

Thanks for the link

I would think Baffert would have blood test done to see if MS has anything in his system now and vet check to make sure he’s okay?

I hear it very briefly on The Today Show this morning but only briefly. We don't need this now. Last year Santa Anita and now this year it's this..

0
ReplyToggle Dropdown
Msg 20 of 262 to gerchgogerchgo
In reply toRe: msg 18

Unfortunately you can’t test for it because it’s not one drug it’s a compounded drug that on its own is totally legal and does nothing to enhance the runner. But compounding it makes it a PED.

Yes I am sure the horse will be thoroughly looked over, I just think in KY at a farm is the best place to send him for a short period of time.