How the next war will be fought and we are decades ahead of our opponents https://www.youtube.com/watch?v=JPTyEuv3Psc

From the people who even managed to screw up a sure-fire winner electric car scheme.

12 Dec 2010 - Several hundred electric cars will take to the streets of Israel from next year.


Better Place: what went wrong for the electric car startup ...

5 Mar 2013 - If you want to sell electric cars, Israel looks like a great place to start. ... chose to launch his Better Place electric-car company in Israel, while .... a battery sharing scheme makes far more sense than selling cars with batteries.
0
ReplyToggle Dropdown
Msg 21 of 568 to Jenifer (Zarknorph)Zarknorph
In reply toRe: msg 20

What was the saying? Get two Jews in a room and you'll have three different opinions?

0
ReplyToggle Dropdown
Msg 23 of 568 to BerryStephBerrySteph
In reply toRe: msg 13

Your obsession with making the Jews out to be the worst people on the planet blinds you to the fact that all cultures and religions are made up of people.  Some of whom do shitty things to one another.

0
ReplyToggle Dropdown
Msg 24 of 568 to BerryStephBerrySteph
In reply toRe: msg 18

If these truly were BM's own words, then provide a link that proves it.

If not, you have crossed a vulgar and viscous line.

People who get funding for technological progress and then completely screw it up, over and over again as far as I can see, are not going to do much mass-murder of Christians and Muslims anytime soon. 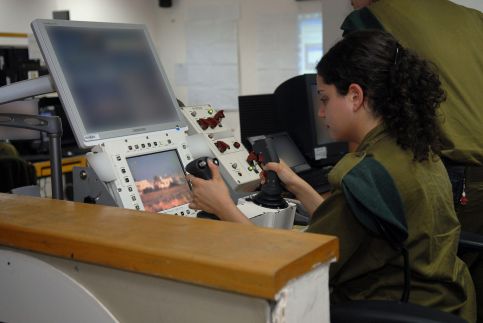 that allows her a system to fire a remotely ->

13 July 2010 ... The Spot and Shoot system - officially known as Sentry Tech - has mostly attracted attention in Israel because it is operated by 19- and 20-year-old female soldiers, making it the Israeli army's only weapons system operated exclusively by women. http://electronicintifada.net/content/israels-video-game-killing-technology/8919

If these truly were BM's own words, then provide a link that proves it. If not, you have crossed a vulgar and viscous line.

Of course they're his words - and he doesn't deny them. In one place he reacted "Sorry xxxxxxxxx I am a Jew it is not something the idiot Berry can get to grips with, apparently being a Jew (according to the oaf Berry) means you can’t say you are a Jew."

Denies lots of things - including the Playstation clip above which he proclaimed to be outraged - because for a change I've used a picture from the brown people he hates.

In fact, why do Zionists deny this stuff?

When they're simultaineously boasting of it!

The manufacturers, Rafael, boast of the system (and their picture matches the console seen above - why accuse Electronic Intifada of lying about it?):

0
ReplyToggle Dropdown
Msg 27 of 568 to BerryStephBerrySteph
In reply toRe: msg 26

Jenifer (Zarknorph) said:  Your obsession with making the Jews out to be the worst people on the planet

BM threatened you to make this vicious smear? I have never mentioned the Jews except as victims of the Nazis or the Zionists. Or occasionally to jeer at BM for adopting parts of their religion that he knows nothing about.

Hence hammering him over the Gaon as, you must admit, makes him look pretty pathetic.

He must be blackmailing you - I've quoted him dozens of times and this is the first time he's even protested. In other messages he's tried to claim that what he's said is OK. (I must find that one and photograph it too).

However, he's also (the same time as he was cascaded for attacking the woman KURUWAMAC? and lost the "BM100" nic that he's had returned) deleted 100s of his messages - and I'm in no rush to show him more publicly available evidence that he can destroy.

However, here's a little bit of it:

He's also posted dozens of lies, a few of the most laughable and obvious I've posted you.

I can't prove that his CV on the pages here is a fake but I have it on good authority. People in the UK who've spent years fighting his cause have admitted they've never met him and have their own reasons for thinking he's definitely not from a nationally famous and wealthy family in the UK.