You're right that the Syrian dictatorship has been a problem but it was quite peaceful and prosperous until the Top Gear team went there in 2009. After that it went downhill because the Dictator Assad made a cackhanded attempt to suppress those who opposed his regime. A great shame because when Top Gear went there, they visited Palmyra which was gorgeous before the Islamic State nutters tried to destroy the ruins and Damascus was welcoming and peaceful.

I doubt that the 'rebellion' had anything to do with Israel or the US.

He tried to hijack a Trump election thread with the holocaust.

He's gone. He tried to hijack a Trump election thread with the holocaust.

The briefest of brief visits.

what have you done for your country?

Fvck you very, very much.

0
ReplyToggle Dropdown
Msg 355 of 396 to slackerxslackerx
In reply toRe: msg 354

You never fail to be stupid

Don’t let me down

You never fail to be stupid

You think your guns make you tough, don't you?

Don’t let me down

0
ReplyToggle Dropdown
Msg 357 of 396 to slackerxslackerx
In reply toRe: msg 356

We had Berry as the Forum Idiot are you related to him - a cousin maybe?

what have you done for your country?

You sound like those who want to kick us out of this country.

I do not understand your position in this debate , I have no idea what you mean about kick you out of this country - which country ?

I'm from Iowa. We got people here who talk like you. Here in Iowa, we call them "bullies". I don't know what folks call them in your neck of the woods.

0
ReplyToggle Dropdown
Msg 359 of 396 to slackerxslackerx
In reply toRe: msg 358

Berry was the forum idiot now he has gone has he left you his script? 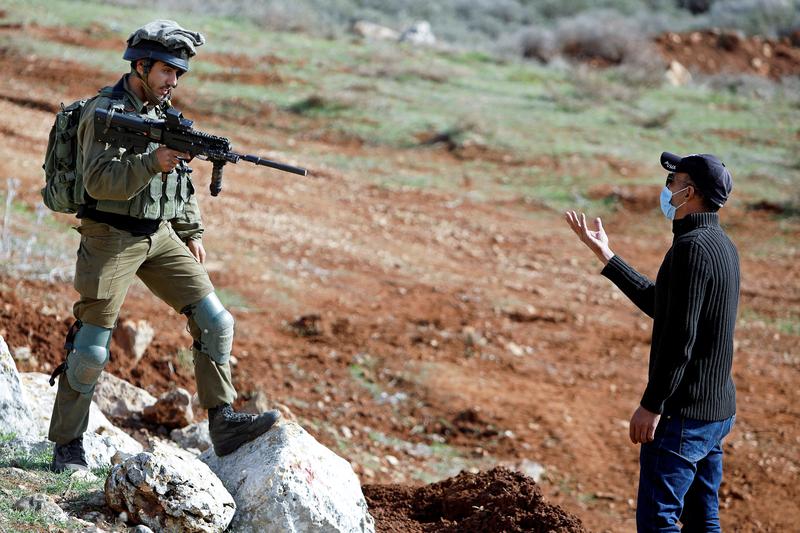 Israeli soldiers fatally shot a 15-year-old Palestinian on Friday during stone-throwing clashes in the occupied West Bank, Palestinian officials said, although the Israeli military said its forces had not used live fire.