Trump on Abortion   America - all of it 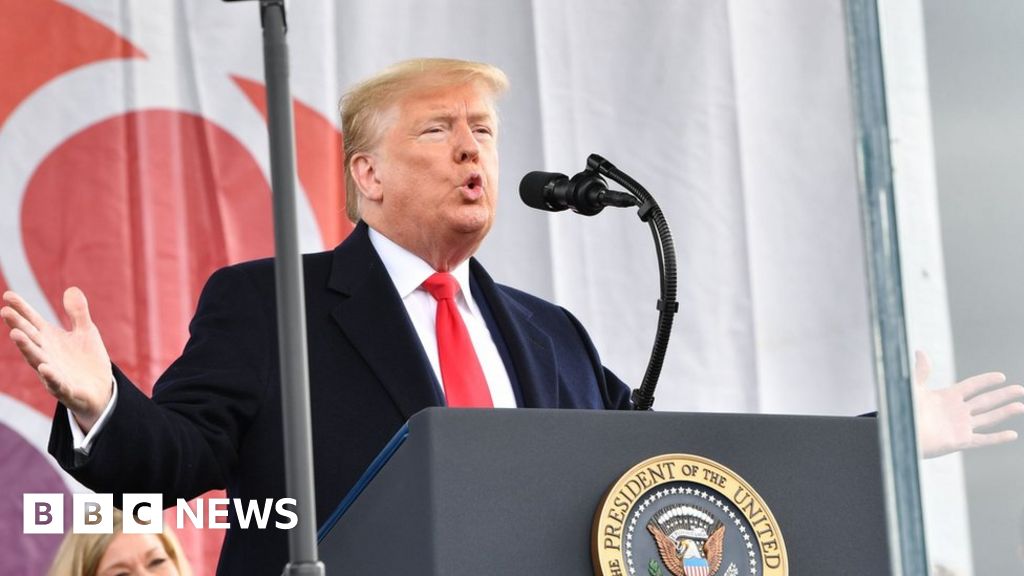 The president says he wants to defend unborn children, but critics accuse him of distraction tactics.

I am not in favor of abortions eather, However I am against banning them from other people for either bogus (e.g. unscriptural) reasons, or pandering to selfidentified Christians who have never read the Bible or if they have are misreading it.

The solution to unwanted pregnancies is social and a need for education.

Most supposedly "Christian" antiabortionists I have met, are not prolife, because they tend to vote for anti-life issues, they consider unlicensed sex a sin, and want to punish the sinner with the result, while punishing the baby at the same time.

Trump´s claim to be democratic is negated by taking the government into a personal choice isseu based no no scientific evidence that this issue is for the betterment of mankind. If abortions were banned and his daughter wanted one, he would probably support her.

The solution to unwanted pregnancies is social and a need for education.

Some kids in high school don't even know how to use a condom!

Prevention is key to stopping abortions, but the loudest voices in this debate are always the most ignorant.

And they think that sex education encourages promiscuity.

The two most common ignorant expressions is.

The Bible is against abortion.

The opposite of pro choice is anti choice, and pro-life is pro-death

Sex education maybe one of the ways forward but it is the absolute basic right of any woman to decide if she wants or can have the child , their partners have the right to have their say but the final decision is the womans

You will also find a lot of "pro-lifers" who are against gun control and in favour of the death penalty.

Old Testament schizophrenia in both cases. Claim to be Christian, but nothing in the words of Christ support this literally, and a lot figuratively against this (Cast the first Stone, do unto others, etc.)

You definitely want the Jews to be on some different plane - and probably hated for it.