Covid in Africa   Africa and the Middle East 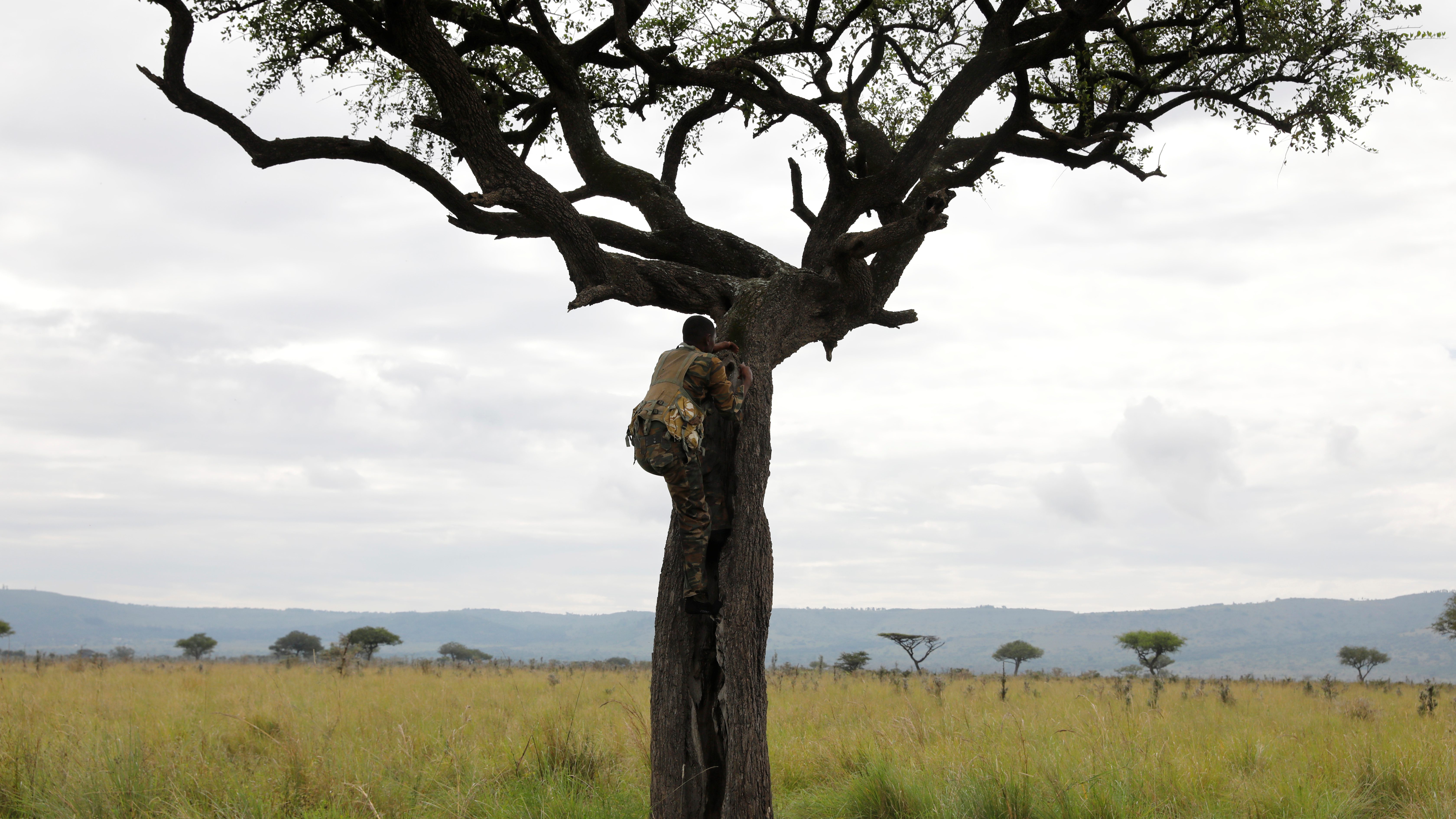 My great-grandfather and his wives survived because they self-isolated by moving away from relatives to an unoccupied part of Western Kenya.

My great-grandfather and his wives survived because they self-isolated by moving away from relatives to an unoccupied part of Western Kenya.

Another part of history written to blame the brown people and ignore the horror of what the white people actually did:

Around the end of the nineteenth century, two major African trypanosomiasis epidemics swept through what is now Eastern Uganda, and Western Kenya. Better known as sleeping sickness, the disease is transmitted to human beings by tsetse flies that have acquired the infection from infected people or animals.

... A few years later, shortly after the end of the First World War, a second epidemic occurred. The epidemic began in a number of African countries in 1920 and died down by the late 1940s.

... Human sleeping sickness has existed in Africa for centuries ... communities knew about the disease, and knew that it was transmitted by tsetse flies

... There are different theories for the appearance of sleeping sickness in East Africa

... according to one theory, the movements of Arab slave traders brought the Gambian sleeping sickness up the Congo River, and further East. Another theory attributes its spread to Henry Morton Stanley and his 1887 expedition up the Congo River to rescue Emin Pasha. According to John Ford, an entomologist for the British colonial administration in East Africa, Africans had established a rough equilibrium between two ecosystems: the human and domestic on the one hand, and the natural and wild on the other. This equilibrium was shattered by the invading Europeans, causing a series of ecological crises that included famines and epidemics of rinderpest, sleeping sickness, jiggers, and others.

... In the Belgian Congo, the Belgians imposed a cordon sanitaire around the fly-infested people. They opened camps for the infected, camps which were guarded by soldiers to prevent people from escaping. In the camps, the detainees were injected with atoxyl. Later, they devised a system of mobile medical teams who went from village to village, examining people. https://qz.com/africa/1845726/how-kenyans-quarantined-from-sleeping-sickness-in-19th-century/

So what really brought about this catastrophe?

Colonial rule in the Congo began in the late 19th century. King Leopold II of Belgium attempted to persuade the Belgian government to support colonial expansion around the then-largely unexplored Congo Basin. Their ambivalence resulted in Leopold's establishing a colony himself. With support from a number of Western countries, Leopold achieved international recognition for a personal colony, the Congo Free State, in 1885.[5] By the turn of the century, however, the violence used by Free State officials against indigenous Congolese and a ruthless system of economic exploitation led to intense diplomatic pressure on Belgium to take official control of the country, which it did by creating the Belgian Congo in 1908.[6]

Belgian rule in the Congo was based on the "colonial trinity" (trinité coloniale) of state, missionary and private-company interests.[7] The privileging of Belgian commercial interests meant that large amounts of capital flowed into the Congo and that individual regions became specialised. On many occasions, the interests of the government and of private enterprise became closely linked, and the state helped companies to break strikes and to remove other barriers raised by the indigenous population.[7] The colony was divided into hierarchically organised administrative subdivisions, and run uniformly according to a set "native policy" (politique indigène). This contrasted the practice of British and French colonial policy, which generally favoured systems of indirect rule, retaining traditional leaders in positions of authority under colonial oversight.[clarification needed] https://en.wikipedia.org/wiki/Belgian_Congo

0
ReplyToggle Dropdown
Msg 6 of 30 to BerryStephBerrySteph
In reply toRe: msg 5

A cheap hairstyle is suddenly all the rage in Kenya and other parts of east Africa as locals claim it's easy to afford and reminds people of the dangers of coronavirus in the area.

Hm - interesting.  I wonder if the Corona Spike hairstyle will take off in America's Black communities.

It's certainly a statement!

Why do you or your source treat the concept of Africa as if it was a nation or a state instead of a continent? For a parallel example, have you seen any statistics predicting deaths of North Americans, South Americans, Europeans, or Asians.

To me it is sort of racist to equate Africa in this way, when there are more differences and different factors regarding this disease in Africa then there are between Canadians and Americans.

But so little information is coming out of Africa with regard to COVID that I can fit it all into one thread.

However, there are discussions dedicated to specific African countries in this folder of you would care to peruse them.

Not my point, just the racism of defining "Africa", a continent with many diverse cultures, races, languages, as if it was a state such as Australia. To many biggoted this would be defining a Bantu as representitive of Africa the same as a Madjandji as representative of Australia.

For whatever it is worth, it bothered me grouping all stories about Covid in African nations into one thread.

That was my poin, it should bother anyone.

A related historical aside regarding "Africa".

The Word "Africa" historicly has nothing to do with the present continent as it only referred to the northern part bound by the Med. So in Ancient and medieval history, "Africa" only referred to a band north of the Sahara running from the Atlantic to Liberia, did not include Egypt, or "Black" Africa which was known as Aethiopia. So even today in broad terms, the Continent of Africa is easily divided into two races, languages, cultures.