Latest 4:30 AM by Jenifer (Zarknorph)

Police Reform in the US   America - all of it

They are necessary in big investigations, like organised crime and drug cartels.

They are not necessary in public bathrooms trying to catch another George Michael.

I spent a large part of the day talking about guns, thinking about police and guns, and handling guns. That’s what this post is about.

Today was a gun day. It began when a friend who strongly supports the Second Amendment nevertheless wondered why police shoot people who end up proving to be unarmed. Why can’t they stop doing that, she asked.

I explained to my friend that police have milliseconds in which to determine whether a person is a threat to them. The fact that the person who was aiming something at them is later shown to have been pointing a pen or cell phone gets discussed a lot in Monday morning quarterbacking. In the real world, though, police can’t stand there debating what the guy (it’s usually a guy) is holding in his hands. All they can do is to act, and act fast. Sometimes they act wrong. Here are a few shoot/don’t shoot videos in practice settings:

When people who wish blacks well tell them to be compliant in the face of police actions, that’s not because they are telling blacks to demean themselves or be slaves to white people’s orders. It’s because the human brain cannot determine in two seconds whether someone is a predator coming at them or just a fool moving around. Lacking that analytical ability, unless a cop is suicidal, his brain is going to say “predator” and he will shoot.

What happened in Atlanta the other day is classic. If you watch the Rayshard Brooks videos, you see that he got into a violent altercation with the police and grabbed for their weapons. He succeeded in grabbing something that later proved to be a taser, then ran away, only to stop and aim the taser at them:

All that the police lizard brains knew, though, was that Brooks was violent, that he had something in his hand (a weapon), and that he was planning on discharging it at them. At that moment, Officer Garrett Rolfe’s survival instincts kicked — for him, it was kill or be killed, not black or white. Now, he’s probably going to be charged with murder.

Police all around America are watching this. Each officer knows that s/he may end up in situations with people who are non-compliant or stupid. The officer will then have to make a millisecond judgment call that could save him or her from a killer or see his or her life destroyed in a hostile legal system. If the presumption is always going to be that a black man, if shot, was innocent and the police officer was guilty, police will make two sensible choices: They will quit the department immediately or continue to collect the paycheck while failing to do any meaningful policing. That does not bode well for America. Vigilante justice will step in and vigilantes don’t have police training. They’ll always shoot first.

This does not mean that I am hostile to better police training. First, there’s always room for improvement. Second, training, coupled with making it easier to fire bad policemen, should help weed out people who shouldn’t be on the force. Third, the one thing that the protesters have right is that we need better systems for handling the mentally ill. Police are not, and should not be, mental health therapists.

My friend also asked me why police don’t do what Biden suggested and aim for the legs. That was an easy one. I had a friend in law school who was a former police officer. I asked him the same question (not challenging him but genuinely curious) and he gave me a very simple answer: Police are not sharpshooters and, in moments of stress, it’s almost impossible to aim. For that reason, once you’ve determined that there’s a threat, you must aim for body mass because it’s the only certain way to end the threat.

The Justice in Policing Act would ban chokeholds and make it easier to prosecute officers for misconduct while also addressing racial profiling. 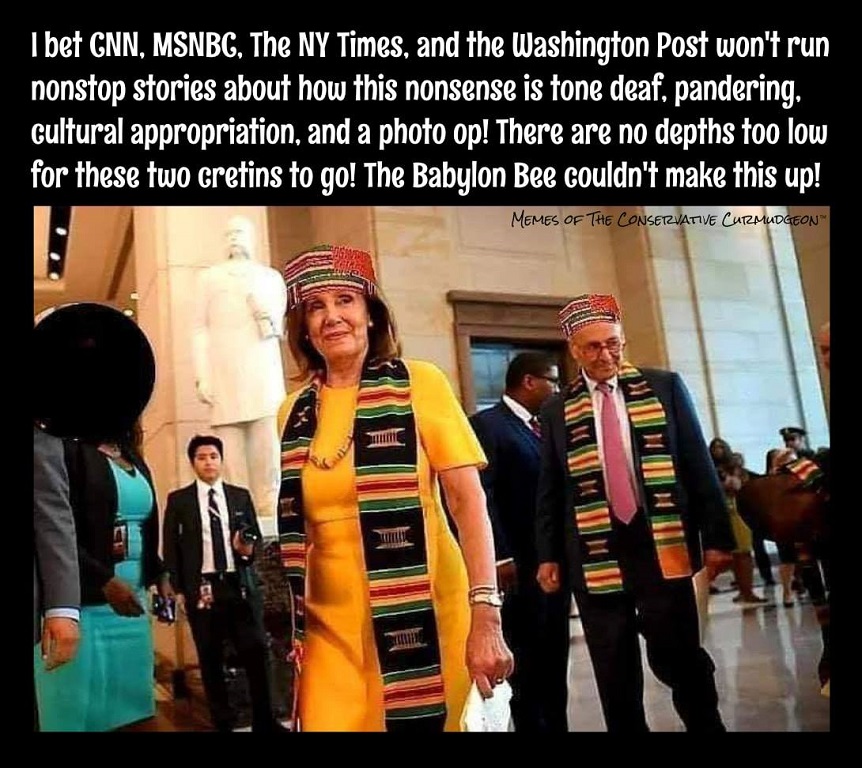 0
ReplyToggle Dropdown
Msg 37 of 179 to ElDotardoElDotardo
In reply toRe: msg 33

The second video that went through all the different scenarios was very interesting.

You never know what you're going to do until you're in the situation.

And then, it was a lot of second guessing.

0
ReplyToggle Dropdown
Msg 38 of 179 to ElDotardoElDotardo
In reply toRe: msg 36

Let me guess - you're another one who thinks "defunding the police" means there are no more police.

Why did the movement have to choose such a STUPIDLY confusing slogan?!!

President Donald Trump, facing criticism that his policies and inflammatory rhetoric have aggravated a racial divide, signs an order aimed at improving police practices in the United States.

Why did the movement have to choose such a STUPIDLY confusing slogan?!!

A rare moment of candor?

Defund the Police? That Would Mean...

So, now the Soros-backed lefties are all agreed to “defund the police.” Do you lefties really understand what that means?

It means, to coin a phrase,

You see, lefties, back in the day, the day of chimpanzees, the females were all engaged upon the birthing and the rearing of the young, and the males… The males were all patrolling the border of the troop territory. This was not just a lust for battle with the males of the neighboring troops, but the simple evolutionary fact, scientists agree, that the survival of a chimp troop depends on the food and fruits within its territory available for the feeding of mothers and of the young.

Did you also know, lefties, that female chimps are peculiarly receptive, in the swiving line, to male chimps that offer them meat?

Fast forward to the agricultural age where most human males were enslaved -- or merely enserfed -- into agriculture, leaving border patrol to a few “marcher lords” and their followers. Marcher lord? Oh dear, didn’t your wokey teacher tell you about them? Think Harry Percy, in Henry IV Part One. Harry, when not played by a woman with a fat butt in close-fitting camo, is the fierce son of the Duke of Northumberland, defending the border between England and the fiery Scots. Someone had to defend the border because otherwise the fiery Scots would sweep down and grab the grain and kill all the men serfs.

Fast forward to London in the 19th century. Robert Peel was twice Home Secretary. He founded the Metropolitan Police, to keep the gang and criminal activity in Dickens’ London down to a dull roar. You’ll remember, you educated wokies, all about Oliver Twist and Bill Sikes and Fagin and the Artful Dodger and the kidz. If you can’t read there’s the excellent BBC Dickensian series. It features the detective Inspector Bucket from Bleak House.

The point of the Metropolitan Police and our current municipal police departments is to remove the need -- and the temptation -- for male city dwellers to keep the peace themselves. You will have noticed, wokies, that already, in the wake of the recent “mostly peaceful protests” that there are reports of “vigilantes” with bats patrolling the streets in the nation’s cities that are upsetting the woke female mayor of Chicago.

Another thing you might think of, wokies, is that if the police aren’t cracking heads in a shocking display of police brutality then t
...[Message truncated]
View Full Message
0
ReplyToggle Dropdown
Keep Reading
TOP
Copyright © 2021 Delphi Forums LLC