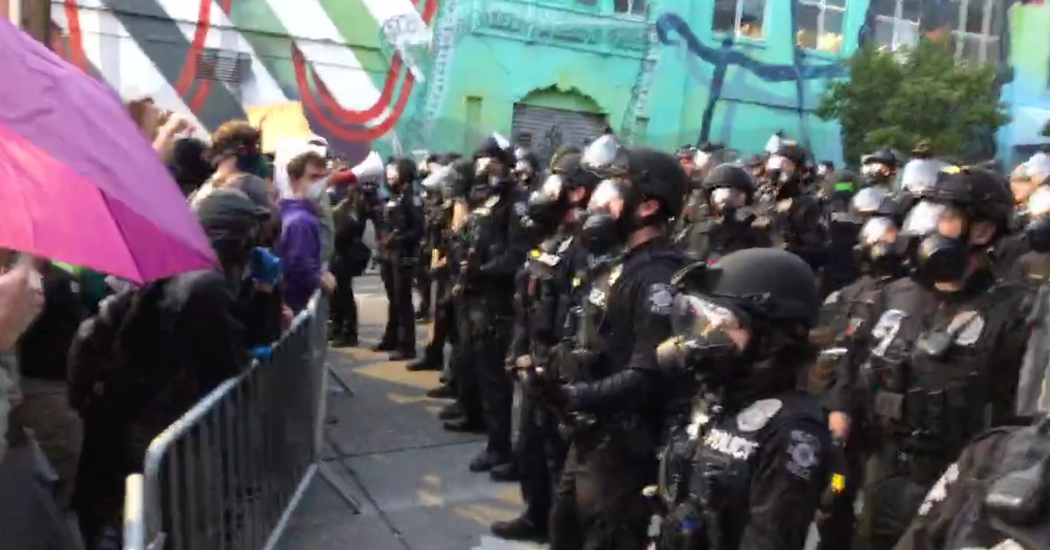 As a former police officer, I've handled large protests. What I saw in Seattle disturbed me.

Could you watch the above story please?

0
ReplyToggle Dropdown
Msg 3 of 7 to slackerxslackerx
In reply toRe: msg 1

That was a great analysis.

I watched, I am on the fence as to if it was overreaction or not?

Certainly the woman poking her umbrella at the officer should have had her ass dragged from the crowd and thrown in jail.

I have just one question?

When the crowd saw that the police didn't want them to proceed past that point, why didn't they simply turn around and seek an alternative route? If they did that instead of being stubborn, we wouldn't be having this conversation, would we?

0
ReplyToggle Dropdown
Msg 5 of 7 to SQUADDYBSQUADDYB
In reply toRe: msg 4

They were protesting police brutality.

Where should they have been, if not standing in front of police?

The umbrella invaded a police man's personal space.  You do not know if that was intentional.

But it is certainly not a crime deserving she be "dragged away and thrown in jail".

Look at what is happening in Hong Kong right now.

People as young as 16 are being "dragged away and thrown in jail" for criticizing the Chinese government on social media.

You are cheering for fascism!

You don't care, because the cause means nothing to you.

Now imagine the government is deploying troops and federal police onto the streets to take your guns away.

Perhaps then, you could imagine what it is like to want to stand up to the actions of a fascist dictator.

And you are the person with the umbrella.

>>You are cheering for fascism!<<

I am cheering for law and order!

>>Now imagine the government is deploying troops and federal police onto the streets to take your guns away.<<

?This is not the first time you've scribed the above.

What even makes you think that I fall into the category of people who think thus?

0
ReplyToggle Dropdown
Msg 7 of 7 to SQUADDYBSQUADDYB
In reply toRe: msg 6

The simplest analogy is this.

I am on the side of the rebel scum.

You are on the side of the Stormtroopers.