Is that not the thread title? And, it's clearly the truth since the vast amount of justification for this marxist movement are lies!

I'm a liar, I refused to answer the question, and someone else was called a child.

I have no idea of the context of this answer, but, all are most likely true. Aren't you proud?

I was about to reply to the post before this, but you kindly reminded me that you're an idiot.

And, once again you resort to childish schoolyard taunt. Apparently you're quite proud that is pretty much all you have to offer.

So, you've finally come to realize that the above is all you seem to offer in the way of debate, here. The first step in becoming a responsible human being. Congratulations!

... Though they also want improved quality of policing, the percentage of Black respondents in a 2015 Gallup poll who wanted more police in their community was more than twice as high as the percentage of white respondents who said the same. Activists who seek to disband police departments will have to explain to these law-abiding residents that they will in essence just have to fend for themselves.

Such self defense may be understandable if the police were engaging in an epidemic of shooting unarmed Black men and women, as we now hear daily — but there is no such epidemic. For the last five years, the police have fatally shot about 1,000 civilians annually, the vast majority of whom were armed or otherwise dangerous. Black people account for about 23% of those shot and killed by police; they are about 13% of the U.S. population.

As of the June 22 update, the Washington Post’s database of fatal police shootings showed 14 unarmed Black victims and 25 unarmed white victims in 2019. The database does not include those killed by other means, like George Floyd.

The number of unarmed Black shooting victims is down 63% from 2015, when the database began. There are about 7,300 Black homicide victims a year. The 14 unarmed victims in fatal police shootings would comprise only 0.2% of that total.

It turns out that a sustained campaign of assaults, racial hatred, looting, arson, and bullying is not the best way to make friends and influence people. A new survey conducted by Opinium, the official polling partner of The Guardian, found that the majority of respondents believe that Black Lives Matter has made race relations in the U.K. much, much worse.

“A majority of people believe Black Lives Matter, the anti-racism movement that spread across the UK this summer, has increased racial tension,” the notoriously leftist Guardian was forced to admit last week. 55% of U.K. adults believe that BLM has really mucked it up, racially speaking, while only 17% think BLM has made things better. Surprisingly, 44% of the U.K.’s racial minorities take a dim view of BLM, and an overwhelming majority of U.K. whites—regardless of political affiliation—want BLM to bloody sod off and take a boot up the ol’ Khyber.

The Guardian poll has left BLM UK shaken and confused. If burning down mom ’n’ pop stores, coshing blokes fer breathin’, and yelling “fek off” at women and children doesn’t win you friends, what does?

Adam Elliott-Cooper, a spokesman for BLM UK, told the newspaper that the poll results merely show that BLM has successfully “exposed” the U.K.’s racism. By randomly beating up white people, BLM has revealed the extent to which whites, in their racism and privilege, dislike being randomly beaten up.

Elliott-Cooper didn’t explain why BLM’s approval ratings are so low among nonwhites, because surely to even ask such a thing would make the questioner racist and deserving of a random beating.

Those nonwhite polling figures were also ignored by a professor at the Centre for Research in Race and Education at the University of Birmingham. Kalwant Bhopal, whose surname invokes memories of the only effective anti-overpopulation measure in the history of modern India, told The Guardian that the dislike for BLM among whites was due to the fact that they “feel their privilege is being threatened and questioned.” She also said that whites who claim to support BLM are only faking it, thus proving themselves worse racists than the whites who are willing to be honest about their bigotry.

How very odd that BLM is so unpopular. All the organization is saying is, “We’re gonna hate you no matter your opinion of us.”

The Guardian poll mirrors figures in the U.S., where BLM is roundly unpopular with whites and Hispanics.

Undaunted, BLM has promised to up the beatings, burnings, and general mayhem in 2021, pledging to turn those poll numbers around, no matter how many people they have to kill to improve their favorability stats.

So, you've finally come to realize that the above is all you seem to offer in the way of debate, here.

America’s culturally influential have a lot of blood on their hands. 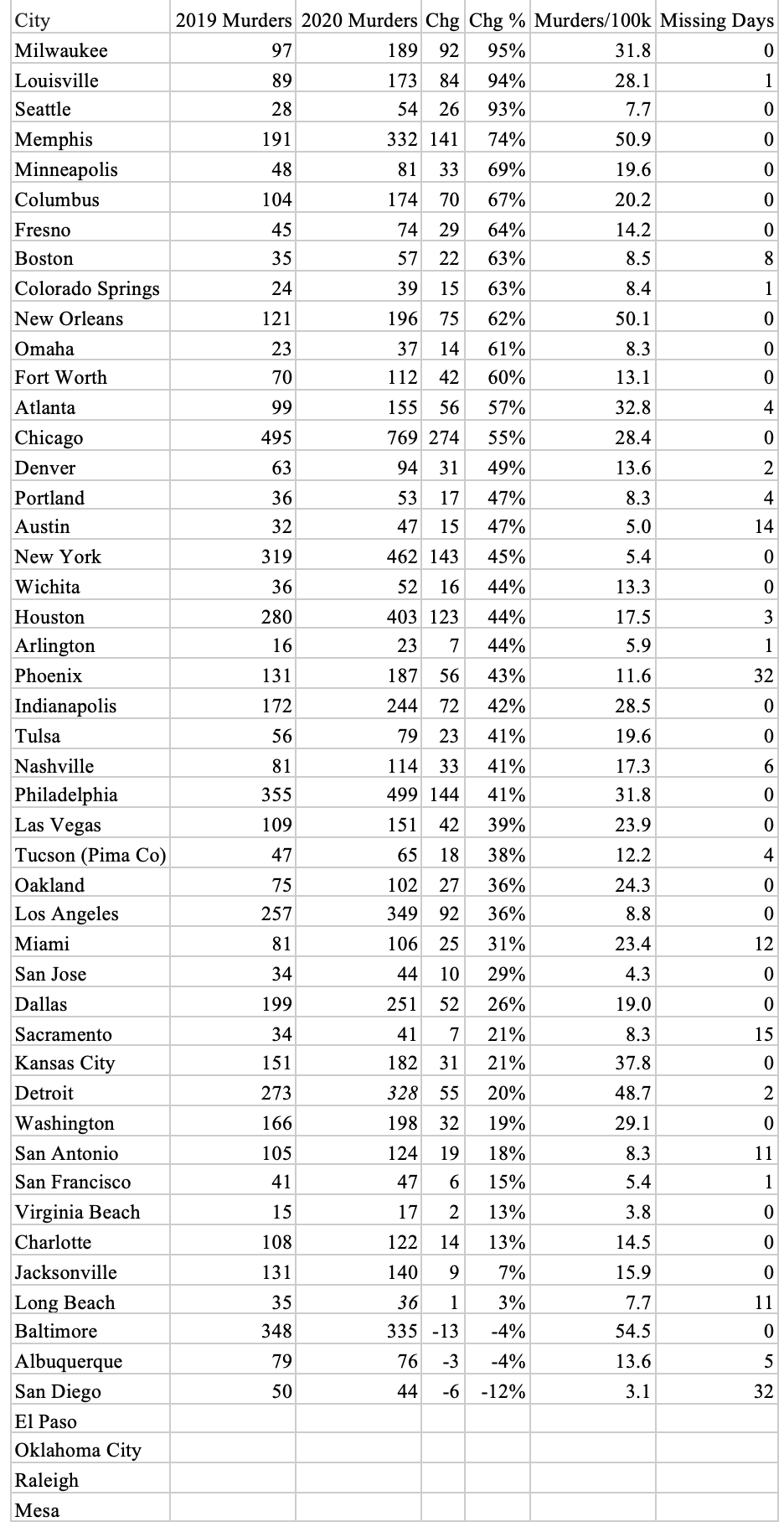 That is a marked difference.

It is possible Covid influenced this.

There was a serious spike in domestic violence here in Australia when we were in peak lockdown.