Yes to my dismay in opera as much as just about everywhere they feel that they need to go over the top to be “in”. The excuse is that they want to attract a younger audience, no thought given to good taste and their “old faithfull”.

p.s. I love the abduction! And the last interesting if newfangled one I saw was in Salzburg’s Hangar 7, a fascinating place on its own. I believe you can finf it on youtube.

Well yes, of course there are outstanding black singers.  Here is one of my favourites: 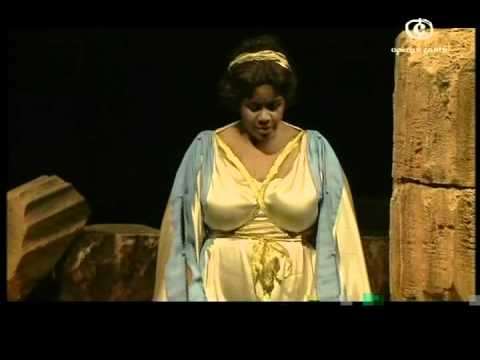 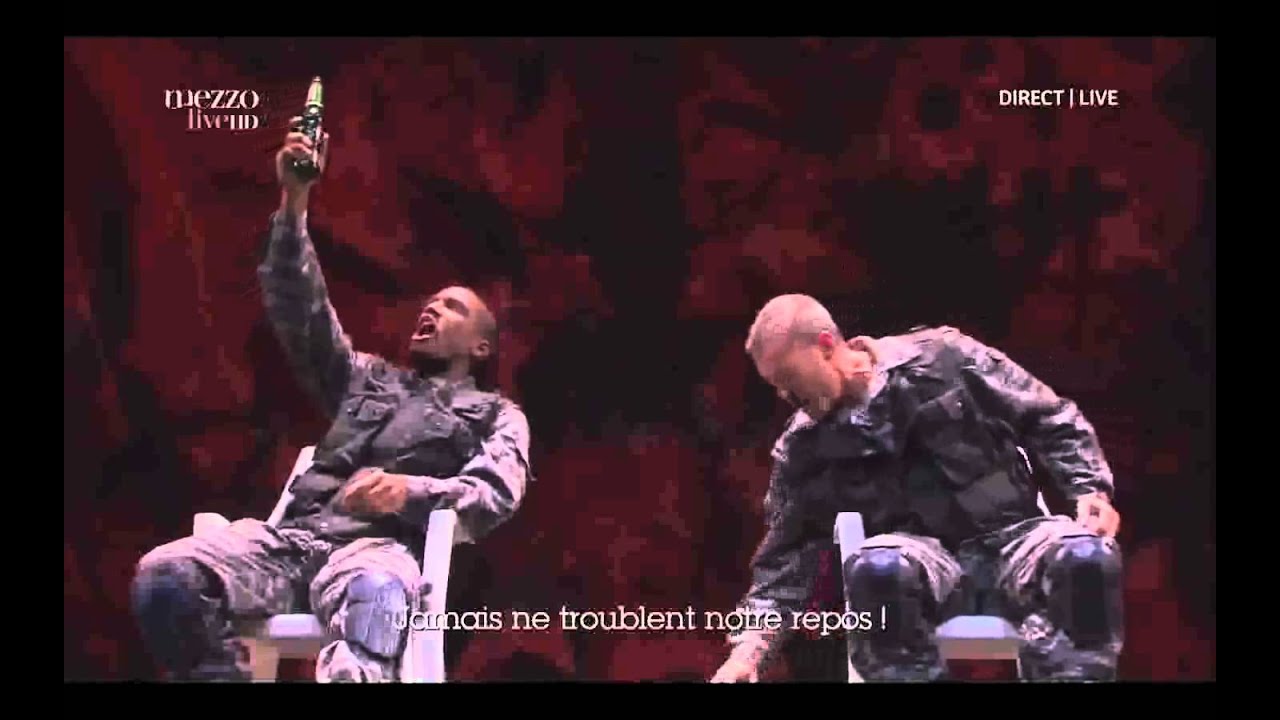 As that last post shows I'm not entirely opposed to playing a little with the content in order to bring some fresh appeal to old masters.  However, beyond the costumes and great singing that Indian Queen production really did massacre the story in order to suit the politics of the director.

More playing around without messing around: 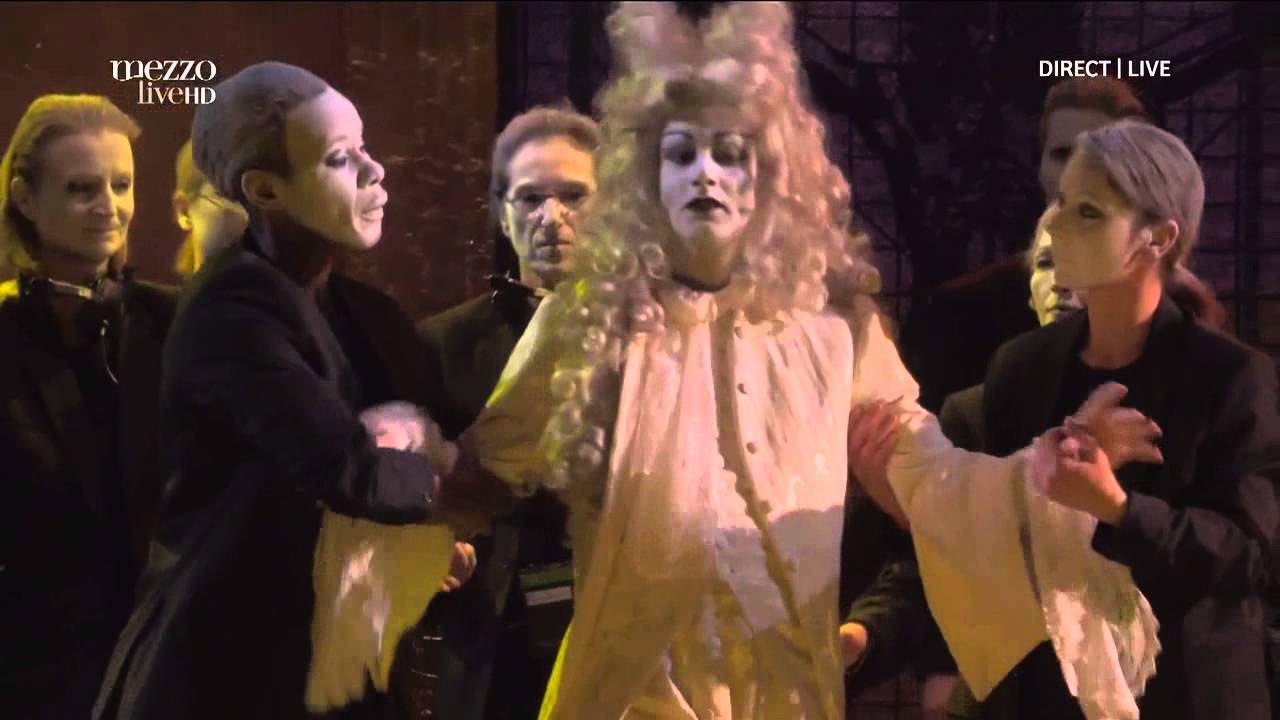 I'm also very much opposed to sacrificing music for the sake of skin colour:

The New York Times’s chief critic has launched a campaign to end the merit-based ‘blind audition’ hiring process for orchestras.

Amid the current moment of moral panic in American racial politics, any proposal, no matter how regressive or discriminatory in nature, can become a non-negotiable demand if it is sold as part of the Black Lives Matter campaign. That is the only way to understand the potential impact of a recent piece by Anthony Tommasini, the New York Times’ chief classical-music critic, that advocates the end of the merit-based system for hiring at American orchestras.

Returning to the theme of the discussion:

... The Brookings Institution 2006 Brown Center Report on Education found that nations in which families and schools emphasize self-esteem cannot compete academically with cultures, mostly throughout Asia, where no one worries much about cute emojis or  those ?non-cognitive” factors. As psychologist and author Michael J. Hurd once told me, “Kids don’t feel better about themselves and then do better in school. They do better in school, then feel better about themselves.” Educational researchers also learned that those temporary relaxations in standards had to be institutionalized systemically after students who were shunted on to the next level couldn’t do the higher-level work, either. The fallout lingers: today, the number of incoming college freshmen who need remedial courses in order to handle college work hovers at an abysmal 50 percent.

There were unintended emotional and behavioral consequences as well, captured  memorably in a 2004 Alexandra Wolfe essay, “American Coddle.” Wolfe described a generation who, thanks to unending infusions of ego amplified by helicopter parents, have insufferable expectations and get damned cranky when those expectations aren’t met—kids who act as though they might never encounter so much is a speed bump on their journey to fulfillment everlasting. Other observers intuited even darker consequences. The work of psychologists Roy Baumeister and Jean Twenge suggests that the frustrated entitlements stoked by the self-esteem movement play a significant role in the rise of the incel community and mass shootings, and today’s epidemic of suicides.


Multiculturalism has never made sense on its own terms.

As everybody knows, the battle pitting Great Books against Bad Books or No Books has been raging for a long time now. As everybody also knows, the results on most campuses are grim. “Comparative literature” often no longer means reading literature, but subjecting oneself to cryptic and endlessly self-referential “interpretations” of “texts.” The metastasizing “Studies” majors—Women, Latino, Fat, Gender, Queer & Co.—are neither major, nor about real study. “Trigger-happy” has acquired a whole new meaning. Of course there were, and still are, safe spaces in the course catalogue for aficionados of the humanities. But the long march of multiculturalism has plenty of victories to show.

Also to the shock of no one, this parlous reality has generated profound and continuing concern. Thus, Allan Bloom in his bestselling book, The Closing of the American Mind (1987), and many other conservatives since have pointed to the dangers radical relativism poses for American students, for the life of the mind, for the country. Liberals like Arthur Schlesinger, Jr., and Mark Lilla have worried over what multiculturalism and its kissing cousin, identity politics, have been doing to liberalism itself. Right or Left, critics have tended to focus less on the creed of multiculturalism per se than on its political and other effects. What has gone largely unexamined is another question: whether “multiculturalism” ever made sense on its own terms—i.e., whether the creation story it came to tell of itself even holds up.

With The Lost History of Western Civilization, published by the National Association of Scholars, Stanley Kurtz has now delivered that crucial missing piece.

... Surely every age is prone to the disorders that rack multiculturalism and identity politics: illogic, misplaced religious fervor, irrational and unbridled passions. Yet to read The Lost History of Western Civilization is to wonder: what was it about the post-1960s human host that proved so congenial to these afflictions?

One of Bloom’s answers in The Closing of the American Mind, with which Kurtz agrees (as do I), was simple: broken homes. After the 1960s, the kids weren’t all right after all. The radically atomized families from which many students sprang seemed to have deprived them of a self-protective response to relativism. This insight was stunning when Bloom delivered it—and remains stunning today as a new generation of the domestically deprived, searching desperately for their selves, are drawn by default into the politics of identity.

Even so, 33 years after the emblematic fight at Stanford, one suspects that there may also be other, more prosaic reasons that made jettisoning the Western canon appealing. Maybe, faced with the Great Books, some people just wanted a lazier way out. After all, it is easier to write about “gendering” in Don Quixote than it is to read Cervantes in the original. It is simpler—and these days, safer—for teachers to play along with victimology than it is to hold their students to high intellectual standards through tough grading and tough books. Maybe multiculturalism’s rule is, in part, a tacit collusion according to which both teachers and students would make it easier on themselves in the classroom—a deal for which the teachers deserve the lion’s share of blame.

The Lost History of Western Civilization is as vital an addition to one’s bookshelf today as Bloom’s Closing of the American Mind was over 30 years ago. And it’s available as a free downloadable PDF on the National Association of Scholars website, www.nas.org. It should be read not only by every conservative, but also by every liberal and progressive who wants to understand why identitarianism has consumed our politics; and above all, by every parent.The good news is that the coronavirus and its toll may have made the ongoing madness on campus newly vulnerable. Will the fact that the pandemic has generated so many real victims help to eclipse the fake victims of a more decadent, more prosperous time? Will the profound existential questions raised by the pandemic ignite a return to the Great Books themselves—books in which the eternal longings and vexations of humanity are most deeply engaged? Might tomorrow’s newly strapped parents and students think twice about what real education is, and isn’t—for the first time in many decades of multicultural slumber?

The answers won’t be visible for a while. But one outcome is clear already. When future historians look back in wonder at the age in which the humanities were nearly lost for good, Stanley Kurtz’s study will tell them all they need to know about the extravagant folly that brought us to the brink.

I am a great fan of Leontyne Price 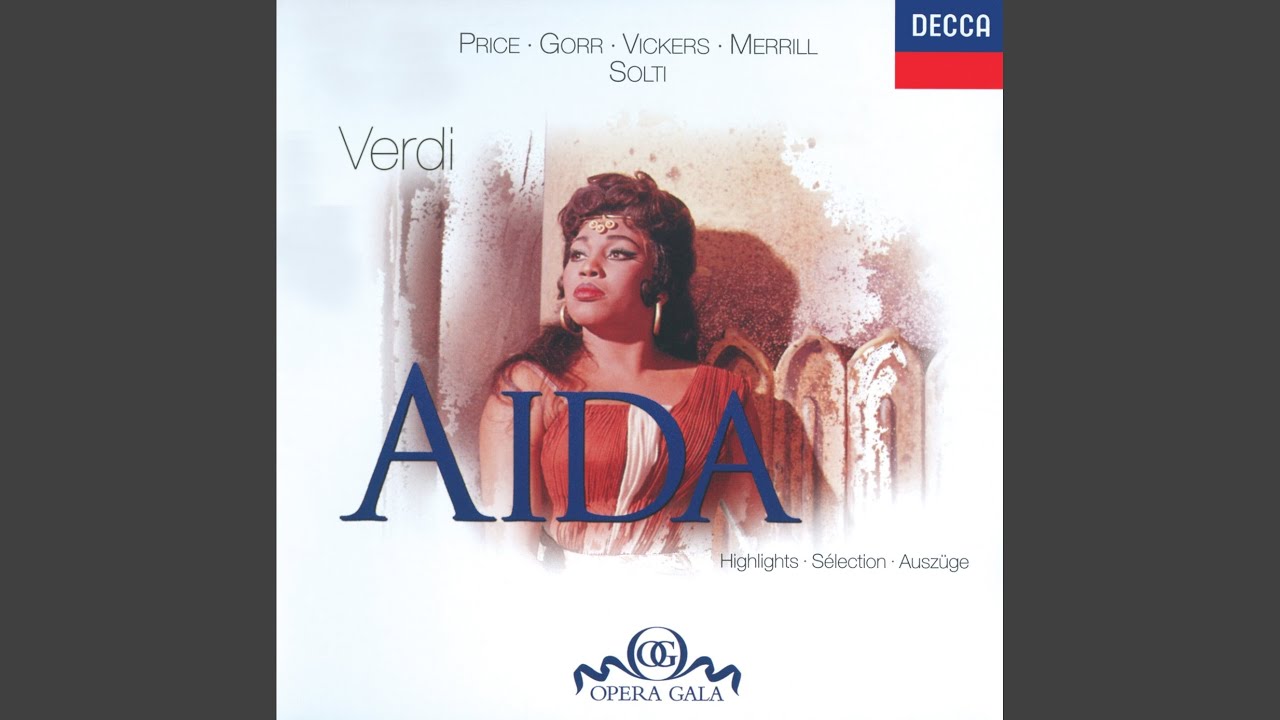 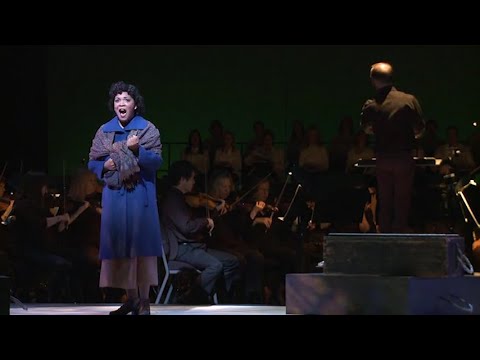 Soprano Janai Brugger (Micaëla), searching for her beloved Don José, is resolved to rescue him from Carmen's clutches. Alone, she prays for courage and prote...