Will the nation heal?   America - all of it

... Obviously, these are just a few examples among thousands. And now Paul Mirengoff at PowerLine today goes on Twitter to find a group of prominent Democrats, post-election, launching a project to exact revenge against Republicans for having had the audacity to support Trump:

Pretty solid proof that anyone who states, as fact, that the democrat party has not devolved into the democrat fascist party is at risk of involuntary commitment. 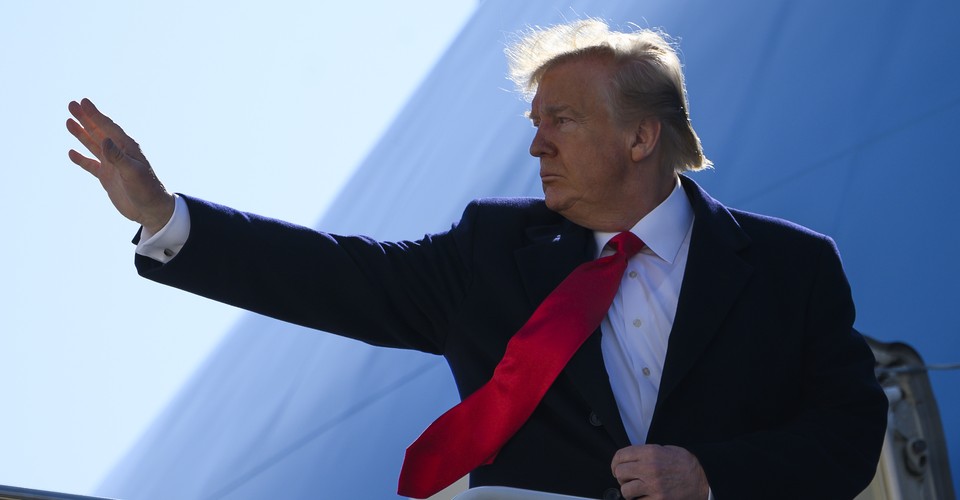 A modest proposal for building the president a bubble of denial, so the rest of us can get on with our lives

Read more from The Atlantic
CC to His Name Is china joe, Bringing MACBA (bobrazz)
0
ReplyToggle Dropdown
Msg 4 of 27 to Apollonius (Theocritos)Theocritos
In reply toRe: msg 1

America is too divided.

It's what led to Trump getting elected in the first place.

Biden will try... but what can he really do for Trump's base that will appease them?

He's a Democrat.  He will try to get people healthcare, deal with climate change, repair damaged relationships with allies and get the vaccine out to as many people as possible, while working with individual states to mandate masks or have some sort of lockdown.

This video is a cartoon - but also a punch in the face.

I think it's one all American's need to just take.

I'm no climate change denier.  The climate is changing all the time.  But Biden or any other Western leader will get absolutely nowhere doing anything about it:

If you were lucky enough to attend America’s premier academic institution, Harvard University, you would receive most days, as I do, the Harvard Gazette. The Gazette generally cloaks its pieces in the mantle of “news”; but really its principal function is to find ways for us Harvard people to congratulate ourselves on how brilliant we are, while at the same time heaping scorn and derision on the the ignorant deplorables who are always getting in the way of our plans to perfect the world.

You only need to read a few of these things before you start to realize that what might seem like the very “smartest” people — the ones with the fanciest degrees and the fanciest professorships at the fanciest universities — are actually painfully stupid.

Anyway, today’s Harvard Gazette arrives with some joyful news: Science is back! After four dreadful years of the “anti-science” Trump, we are now going to see, with Biden, the restoration of “science” to its rightful place in the formulation of public policy. This news is right there in the lead story, headline and sub-headline: “Is science back? Harvard’s Holdren says ‘yes’/Ex-Obama adviser says, unlike Trump, Biden and Harris will embrace factual analysis.” From the first paragraph:

[T]he incoming Biden-Harris administration has moved quickly to reinstall science as a foundation for government policy after four years of a president who disdained accepted scientific wisdom on subjects from wildfires to hurricane tracks, climate change to COVID-19.

The Gazette has learned that “science is back” by their usual method, which is by interviewing the leading Harvard professor on the subject. In this case that is John Holdren. Do you remember him? Holdren’s current title is “Teresa and John Heinz Professor of Environmental Policy at the Harvard Kennedy School and professor of environmental science and policy in the Department of Earth and Planetary Sciences.” But before that he was “[A]ssistant to the [P]resident for science and technology and director of the White House Office of Science and Technology Policy,” a position in which he served for the entire eight years of the Obama presidency. You may remember that Holdren was confirmed unanimously by the Senate in March 2009, after minimal scrutiny of his background.

So give us an example, John, of how a Biden administration will prove to be more “pro-science” than that deplorable Trump:

GAZETTE: What is an example of a classic, successful government policy backed by good science? . . . .

HOLDREN: I would point to the Paris Agreement, which was an immense step forward in which 195 countries all across the world committed to take constructive steps toward reducing their climate-altering emissions going forward. . . .

Now, as anyone who has read the Paris Agreement knows, the entire developing world — home to about 90% of the world’s people — made no commitments whatsoever in that document, nor did they even agree to any non-binding goals, toward “reducing their climate-altering emissions going forward.” Emissions from the developing world are rapidly increasing, and will continue to do so, Paris Agreement or no Paris Agreement, thus rendering any U.S. efforts to limit emissions completely futile. Holdren is either completely ignorant on this subject, or he is intentionally trying to mislead the readership. Or it could be some of both. You be the judge. [emphasis added]

Doing nothing is not an option.

And also wrong in the idea that nothing could ever be done to repair the damage.

I'm sure you recall the Ozone Layer?

Scientists said there were holes in it.  It was caused by Chlorofluorocarbons (CFS) in aerosols and fridges.

We believed them, because the internet did not exist - entitling everyone to their own opinion on the data.

The scientists said we can fix it, we just have to stop using CFS and switch to Hydrocarbon propellants.

We did.  As consumers, we turned away from the products that were damaging our atmosphere, forcing manufacturers to change if they wanted to keep our business.

Now the hole is closing.

In some areas holes have closed completely. 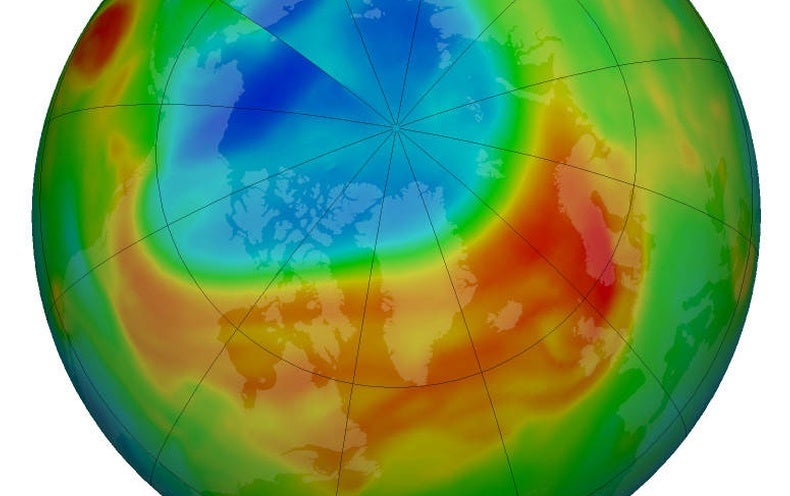 Spending money for nothing and reducing the standard of living of most of the world's population is not a good option.

So yes, the overwhelming majority of people are telling you that following the kinds of guidelines proposed by climate alarmists is something they have no interest in.

Biden's obnoxious assertion that he seeks to unify

Well, we can't expect to unify with everybody, of course. That would be unrealistic, given that there are people like SQUADDYB who insist that slavery is beneficial, and people like you as well.

But there are lots of normal people, people who believe that Black Lives Matter.

the initiation of slavery and the slave trade was a actually an advance in human relations.

Scientists are not "alarming" us for fun.

The "standard of living" is irrelevant if your state is on fire.

Scientists are not "alarming" us for fun.

Of course not! You are correct. They are "alarming us" for profit. Their jobs depend upon promoting the lie that virtually all this change in climate is caused by co2 emissions, and that cutting those emissions, say, in half, will make a significant difference in the rate, or direction, of such change. It's a lie until it is proven. It has not been.

The "standard of living" is irrelevant if your state is on fire.

"Your state" is not the only entity putting co2 into the atmosphere. And, sans war, you cannot control what the other states do. china, for instance is a part of the paris accords. Why? Because they're given a pass on their co2 emissions responsibility. They are still, to this day, building coal fired power plants in china, and around the world.