Critical Race Theory    America - all of it 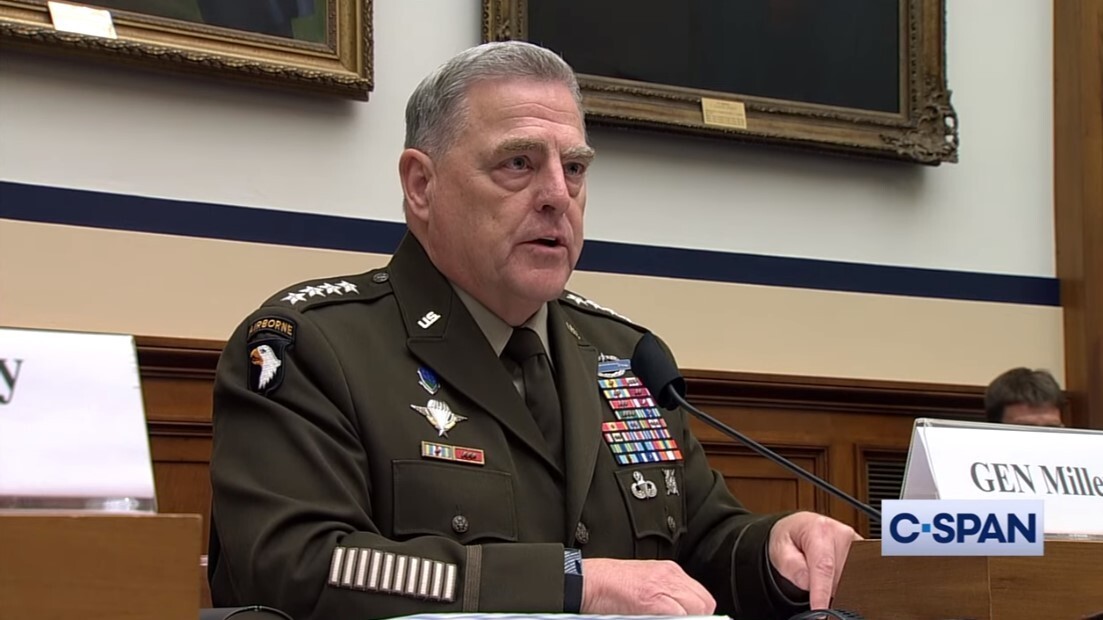 Joint Chiefs Chairman Mark Milley also said he wanted to understand "white rage" in a tense exchange that Florida Rep. Matt Gaetz had with him and Defense Secretary Lloyd Austin.

What is Behind Gen. Mark Milley's Righteous Race Sermon? Look to the New Domestic War on Terror.

For two hundred forty years, American generals have not exactly been defined by adamant public advocacy for left-wing cultural dogma. Yet there appeared to be a great awakening at the Pentagon on Wednesday when Gen. Mark Milley, the highest-ranking military officer in the U.S. as Chairman of the Joint Chiefs of Staff, testified at a House hearing. The Chairman vehemently defended the teaching of critical race theory at West Point and, referencing the January 6 Capitol riot, said, “it is important that we train and we understand ... and I want to understand white rage. And I'm white."

In response to conservative criticisms that top military officials should not be weighing in on inflammatory and polarizing cultural debates, liberals were ecstatic to have found such an empathetic, racially aware, and humanitarian general sitting atop the U.S. imperial war machine. Overnight, Gen. Milley became a new hero for U.S. liberalism, a noble military leader which — like former FBI Director Robert Mueller before him — no patriotic, decent American would question let alone mock. Some prominent liberal commentators warned that conservatives are now anti-military and even seek to defund the Pentagon.

Indoctrinating the troops.   Will they, like the Soviet Union's military in 1990, decide not to shoot their fellow citizens?   CRT is an effort to keep them on target.

You prefer your military ignorant?

It's an hour of your time, but you will have a much better understanding of what CRT is, and the type of people who oppose it.

A Texas school district asked a Black principal to remove a photo of him kissing his white wife. Then the community branded him a critical race theory 'boogeyman.'
https://www.msn.com/en-us/news/us/a-texas-school-district-asked-a-black-principal-to-remove-a-photo-of-him-kissing-his-white-wife-then-the-community-branded-him-a-critical-race-theory-boogeyman/ar-AAN1Q8T?ocid=msedgntp
0
ReplyToggle Dropdown
Msg 8 of 12 to CamGearyCamGeary
In reply toRe: msg 7

A Texas school district asked a Black principal to remove a photo of him kissing his white wife.

I like the way the writer of this headline types. How about you?...lol

0
ReplyToggle Dropdown
Msg 9 of 12 to slackerxslackerx
In reply toRe: msg 8

I do, actually, right to the point...

Sorry, Jennifer, I'm not interest in excuses for teaching kids to be racists.

0
ReplyToggle Dropdown
Msg 11 of 12 to CamGearyCamGeary
In reply toRe: msg 9

I do, actually, right to the point...

Not sure if it is intentional or not. I’d like to think it was.