Arizona Audit results are in   America - all of it

An Associated Press investigation found 182 cases where problems were clear enough that officials referred them to investigators for further review. So far, only four cases have led to charges, including those identified in a separate state investigation. No one has been convicted. No person’s vote was counted twice.

While it’s possible more cases could emerge, the numbers illustrate the implausibility of Trump’s claims that fraud and irregularities in Arizona cost him the state’s electorate votes. In final, certified and audited results, Biden won 10,400 more votes than Trump out of 3.4 million cast.

AP’s findings align with previous studies showing voter fraud is rare. Numerous safeguards are built into the system to not only prevent fraud from happening but to detect it when it does.

“The fact of the matter is that election officials across the state are highly invested in helping to ensure the integrity of our elections and the public’s confidence in them,” said Arizona Secretary of State Katie Hobbs, a Democrat. “And part of that entails taking potential voter fraud seriously.”

If that links to Tucker Carlson, you know I'm not clicking.  The man is a hateful idiot. 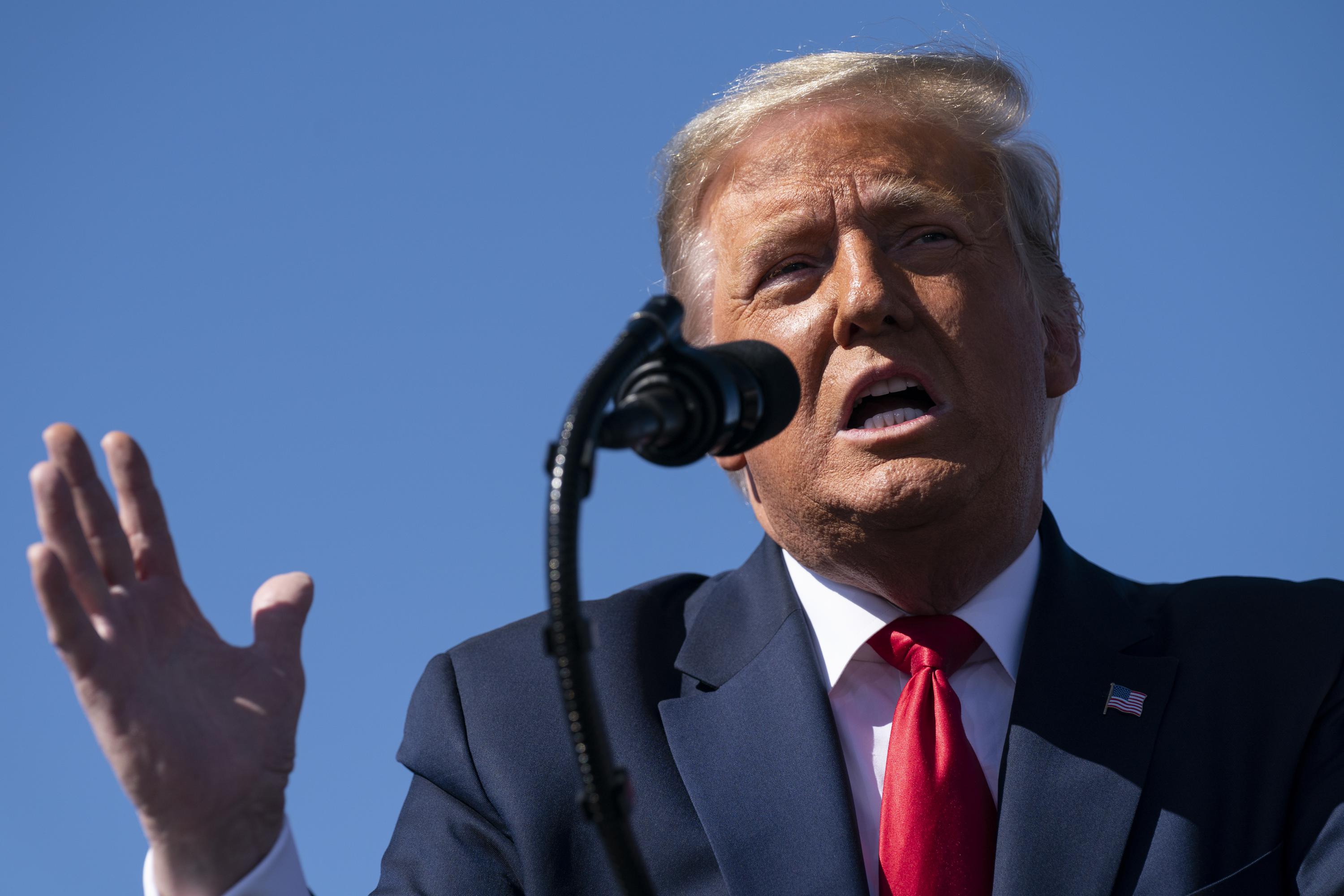 THE FACTS: All of that is false. The ballots were not unofficial or printed on illegal paper, and even Logan never alleged they were fraudulent.

Logan pointed to ballots with the printing slightly offset between the front and back. He claimed this could cause votes to be counted for the wrong candidate if ink from one side bleeds through to another. He said the alignment issues were mostly from polling-place ballots, which are printed onsite, and said about 168,000 ballots were cast that way. The overwhelming majority of Arizona voters cast ballots by mail.

“We are seeing a lot of very thin paper stock being used especially on Election Day,” Logan added.

The allegation harkens back to the debunked “Sharpiegate” conspiracy theory that arose in the days after the election. Election experts say bleed-through doesn’t affect the vote count because bubbles on one side of a ballot don’t align with those on the other. Ballots that can’t be read are flagged and duplicated by a bipartisan team.

THE FACTS: No, there were no magically appearing ballots. He is alleging that the number of filled-out ballots received in the mail by election officials exceeded the number of people who had asked earlier for mail-in ballots, by 74,000. But that’s not at all what happened.

The claim mischaracterizes reports created for political parties to track who has voted early so they can target their get-out-the-vote efforts.

One report tracks all requests that voters make for early ballots, either by mail or in person, up to 11 days before the election. The other report tracks all ballots received through the day before the election. That leaves a 10-day window during which people who vote in-person but don’t request a mail ballot would appear on one report but not the other.

TRUMP, claiming “11,000 voters were added to the voter rolls AFTER the election and still voted.”

THE FACTS: There’s nothing untoward about voters rolls growing after Election Day. The rolls are simply updated to reflect people whose provisional ballots are added to the tally after election officials verify that they were eligible to vote.

The allegation that the updated tally was the result of electoral wrongdoing first came from Logan this past week, when he told state lawmakers of “11,326 people that did not show up on the Nov. 7 version of the voter rolls, after votes were cast, but then appeared on the Dec. 4 voter rolls.”

Maricopa County officials said Logan is probably referring to provisional ballots, which are cast by people who do not appear on the voter rolls or don’t have the proper identification on Election Day. They’re only counted if the voter later shows he or she was eligible to vote. To be eligible, such voters must have registered before the deadline.

“These go through a rigorous verification process to make sure that the provisional ballots cast are only counted if the voter is eligible to vote in the election,” Maricopa County officials wrote on Twitter. “This happens after Election Day. Only eligible voters are added to the voter rolls.”

TRUMP, alleging “all the access logs to the machines were wiped, and the election server was hacked during the election.”

THE FACTS: That flies in the face of the evidence. Maricopa County’s election server is not connected to the internet and independent auditors found no evidence the election server was hacked.

Trump’s hacking allegation refers to the unauthorized download of public data from the county’s voter registration system. That system, which is connected to the internet and broadly accessible to political parties and election workers, is not linked to the election management system, the web of ballot counters, computers and servers that tallies votes.

TRUMP: “Arizona shows Fraud and Voting Irregularities many times more than would be needed to change the outcome of the Election.”

THE FACTS: Not so. The number of potential fraud cases is far smaller than President Joe Biden’s margin of victory in Arizona.

County election officials identified 182 cases where voting problems were clear enough that they referred them to investigators for further review, according to an Associated Press investigation. So far, only four cases have led to charges, including those identified in a separate state investigation. No one has been convicted. No person’s vote was counted twice.

Biden won Arizona by 10,457 votes out of 3.4 million cast. Of the four cases that have resulted in criminal charges, two involved Democratic voters and two involved Republicans.

AP is a source that AllSides has struggled to rate, due to its content seeming to toe the line between Center and Lean Left. People on the right may be more likely to see AP’s content as clearly Lean Left. While AP's news and world reporting is largely Center.

AllSides has found AP often includes subjective, leftward analysis in hard news reports and omits sources in its political writing; in addition, its fact checks are biased to the left — read more about AP Politics and Fact Check bias here.

Because the Associated Press is arguably one of the most prominent media outlets in America — it’s a wire service, meaning media outlets across the country publish AP articles, relying on its content to fill gaps in their coverage — we keep a close eye on the bias of this source.

Associated Press is as trusted a news source as you're going to get.

There will always be bias as long as the journalists are human beings.

The AP did not maliciously "spread a false story".  They were reporting what they new at the time.  When it was discovered Sicknick had a stroke the next day, they reported it.

Of course you would consider AP to "lean left" if their fact check disputes a claim made by the right that turns out to be false.  Facts are not partisan. 2+2 does not equal 5, no matter how many times Trump says so at a rally.