Trump Supporter Being Given CPR    America - all of it

EXCLUSIVE on the Third Jan. 6 Victim: Video of Trump Supporter Being Given CPR as Police Stand Around and Watch on Jan. 6

The fake news mainstream media continues to push the lie that Officer Brian Sicknick was killed by protesters on Jan. 6. This is a proven lie. Sicknick died from a stroke the day after the protests.

On Friday we reported on a second eye-witness account from a Trump supporter who tried to save Rosanne Boyland who was also killed by Capitol Police.

On Saturday we received video of a third Trump supporter who died that day. It is not clear if this was Kevin Greeson or Benjamin Phillips.

In the video Trump supporters are seen giving CPR to the victim as Capitol Police stand around and watch.

This comes from @PubliusPatriot on Gab.

I have a similar story to the story about Rosanne Boyland. A gentleman died from a cardiac issue at the west front and patriots were giving CPR and first aid. There were ambulances nearby and the crowd was yelling for them to help this man but they walked as slow as they could, nonchalant would be a good description.

I have video of the gentleman down and getting help from patriots. The Capitol Police just stood there watching.

FYI… I was one of only a few dozen people who saw this thing start. I’ve read 100s of eyewitness accounts and not one of them covers the first 1-5 minutes properly. It was all coordinated and very professional, nothing organic about it. She was trampled to death, but you have no evidence that the capitol police were responsible.  The rioters were hardly social distancing.

There is body cam footage, but the police are not trampling her, the mob is.

Died of a heart attack, but not through tasering his own scrotum.

The fake news mainstream media continues to push the lie that Officer Brian Sicknick was killed by protesters on Jan. 6. This is a proven lie. Sicknick died from a stroke the day after the protests.

So, Sicknick does not deserve to be mourned because he died of "natural causes", but Greeson and Phillips are lauded as Patriots?

The person narrating this video, lied when he said that an officer died when a fire extinguisher was thrown at his head; though, of course, Officer Brian Sicknick deserved to be mourned.

The accusation was not that the police trampled Boyland  to death ... it's that the officers were pushing Trump supporters down on top of her.

Earlier this month Trump supporter and activist Philip Anderson confirmed to The Gateway Pundit that Capitol Police killed Trump supporter Rosanne Boyland on January 6.  Philip knows this because he was next to her when she died.  He was holding her hand.  And Philip nearly died himself.

Activist Philip Anderson spoke with The Gateway Pundit about the Jan. 6 protests at the US Capitol and how the Capitol police murdered Rosanne Boyland and nearly took his life too.

This was an amazing eyewitness report that has been ignored by the fake news media because it does not fit their narrative.  A black Trump supporter was gassed with clouds of pepper spray, pushed down, and then nearly trampled to death as police officers continued to push people on top of a pile outside the US Capitol.

This is the video from the report.  33:51 is where Boylen appears.

I can't find anything about this alleged witness outside the GP article.

I finally found something unrelated to the article.  It's very odd.

And warning, the N word is used a lot. 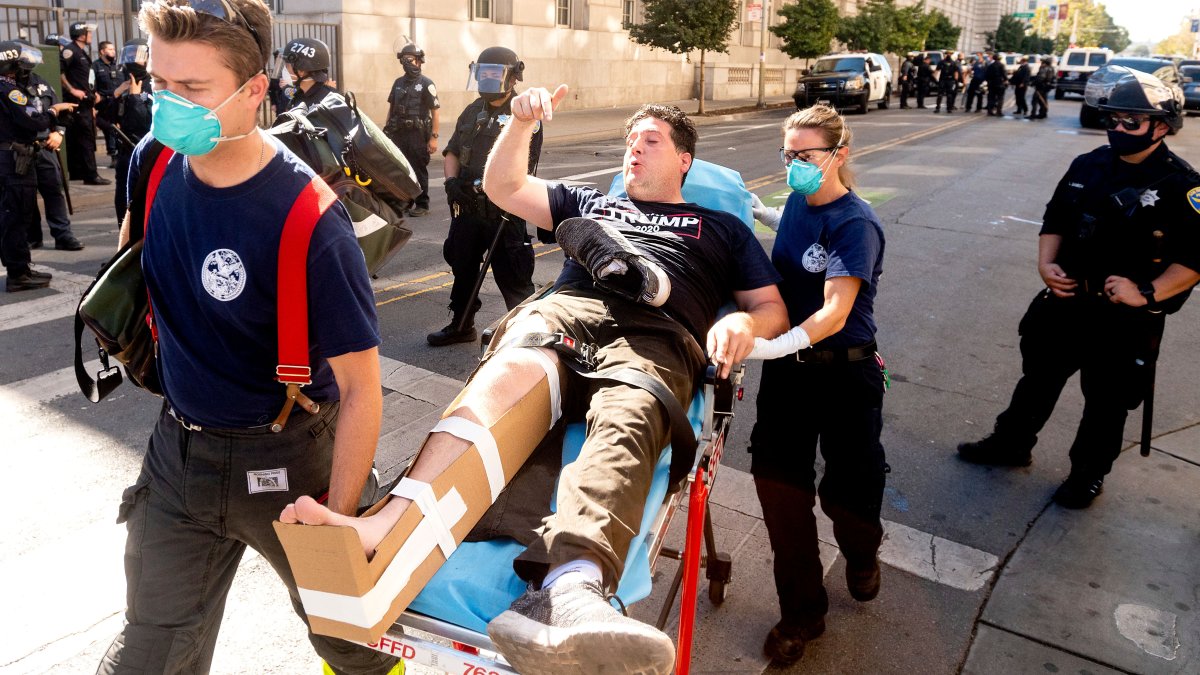 That was awful, and hard to watch.

I decided against, posting the bloody picture of the young black man who has his teeth knocked out, and was called the "N" word; if the counter-protesters are against racism than why did they do that? It's OK to be racist against black Trump supporters? 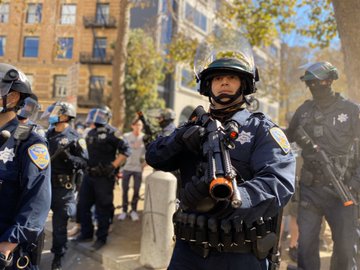 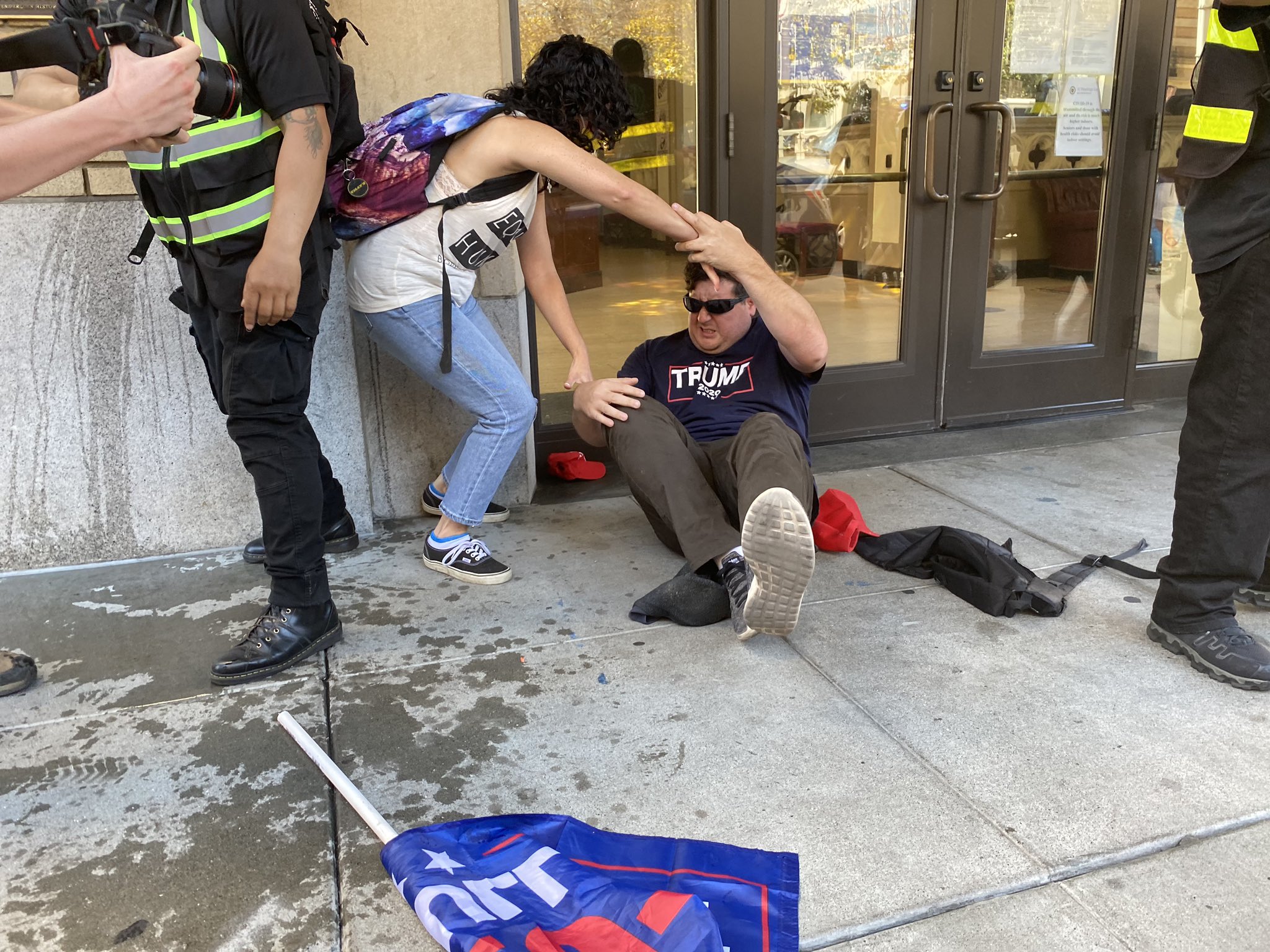 Audio of Philip Anderson on Jan. 6 Protest and Police Killing

if the counter-protesters are against racism than why did they do that?

Raven2018 said: if the counter-protesters are against racism than why did they do that?

I know. It's awful. And so confusing.