Latest 5:55 AM by BerrySteph

Latest 7:04 AM by BerrySteph

Latest 6:04 AM by BerrySteph

Latest 5:49 AM by BerrySteph

Latest 5:36 AM by BerrySteph

Latest 4:09 AM by BerrySteph

Latest 7:51 AM by BerrySteph

Latest 6:12 AM by BerrySteph

Latest 6:10 AM by BerrySteph

Latest 4:13 AM by BerrySteph

Latest 7:18 AM by BerrySteph

Latest 5:37 AM by BerrySteph

Latest 2:19 AM by Jenifer (Zarknorph)

Latest 2:05 AM by Jenifer (Zarknorph)

Latest 4:47 AM by BerrySteph

Latest 4:40 AM by BerrySteph

Latest 4:26 AM by BerrySteph

The United States has vowed not to give up positions around oil fields in northern Syria, saying that holding them is key to denying Islamic State vital revenue streams.

A new excuse for theft.

Do Aussies not have supermarkets with a range of wines on shelves?

I feel sad for you! 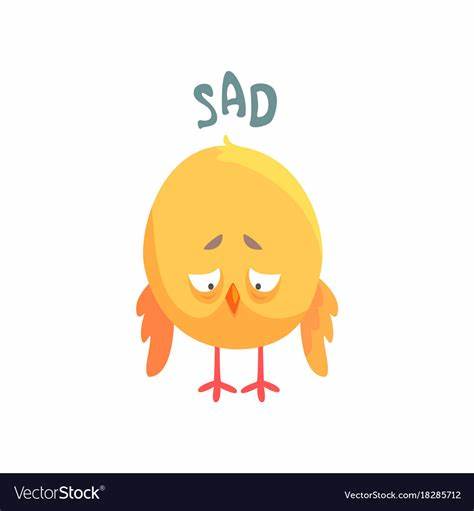 Putin told Erdogan what he could or could not do in Syria , Putin gave away an area of Syria to Erdogan as a buffer .

The Kurds will live to fight another day , Assad saw his state further divided with no recourse to him , it was in Russia's interest that counted not Assad's (years of fighting have reduced Assad to a vassal)

A reported 500 to 600 ISIL fighters are now free , Putin called the shots and Erdogan listened, Assad lost , Trump lost , Erdogan got a draw , the Kurds lost several hundred square miles will live to fight on .

You're admitting that theft of national assets is just as much a part of your intention as theft of individual assets.

The Nazis stole $billions from Jews and others.

But no other army has ever stolen everything standing or lying in the ground the way that the Zionists have done and are still doing.

The IDF presents: Looting West Bank homes under the guise of a search

In the West Bank, IDF soldiers have in numerous instances burst into a Palestinian house, wreaked havoc, and disappeared with the money and the gold.

August 27, 2015 - Athmad Aziz Shakhada Mansour, a social activist and a member of the village council, wakes up from a noise she has become accustomed to: violent knocking on the front door of the house. She instructs her husband to secure the money and gold the family holds for the wedding of their son M., who is supposed to marry in two days' time.

The noises continue. Mansour goes to open the door. A large group of hooded soldiers burst into the house. Somehow, the strange custom of IDF soldiers to hide their faces, as if they were not in charge of law enforcement but rather breaking it - as if they were thieves in the night - has become a fixture over the past few years, while the public remains silent.

The soldiers, as usual, gather the residents of the house into one room and forbid them from leaving. When they enter the bedroom, they find Mansour's husband trying to pack up the money and gold. The husband tells them loudly that he wants to protect the gold. Some of the soldiers answer in fluent Arabic, Mansour later remembers, that soldiers are not thieves.

The soldiers conduct a search of the house. They are probably looking for arms. They detain Mansour's husband and her son, S., while shouting, "Tell us where the weapons are! You have weapons, surrender them and we'll release the detainees! You have a wedding in two days, you wouldn't want the father and one of the brothers to be held custody!"

Finally, the soldiers give up and leave, taking the son, S., with them, but releasing the father. They didn't find any weapons. A week later S. is released without charge.

Once the family leaves the room where they were held, they find the usual trail of destruction - a hallmark of a visit by the IDF. The chicken feed spilled on the floor, all of the dishware thrown from the cupboards, and the contents of the drawers thrown on the ground.

... IDF soldiers are allowed to confiscate property that may be suspected of being used in the committing of a crime. They must, however, supply the owners with a written confirmation of the confiscation. In the absence of such a document, the assumption should be that we are dealing with looting./span>

... Looting is a war crime. Although Israeli military law does not call it that by name, it nevertheless carries a punishment of 10 years in prison. This isn't the first case of looting on part of the IDF that we know of. We documented one case in February 2013, in which soldiers vandalized a home and looted money from it. In September 2013, we documented a case in which soldiers burst into a house (the wrong one, as it turned out) and vanished with a woman's life savings.

The very violent Operation Brother's Keeper in the West Bank in 2014 included several cases of looting. .... This is just a partial list of cases of looting, which also took place during Operation Protective Edge (for which the IDF's Military Advocate General ordered several indictments), and the looting of the Mavi Marmara detainees in 2010 (Hebrew). Earlier examples can be seen here.

Therefore when the soldiers of the most moral army in the world claim that they are not thieves, we cannot take them at their word.

Looting cannot be excused, and what we cannot excuse, we suppress. When we suppress, we become silent partners in a war crime.

So here it is, in full view. Do with it as you will. You can no longer say, however, that you did not know.

Our attorney, Emily Schaeffer Omer-Man, sent a complaint in late June to the Operational Affairs Attorney, Lt. Col. Adoram Riegler, demanding an urgent investigation both of the soldiers and of their commanders (who have command responsibility, which MP-CID often ignores.) We will keep you posted on developments, although history cautions us not to expect too much from the military justice system.

Written by Yossi Gurvitz in his capacity as a blogger for Yesh Din, Volunteers for Human Rights. A version of this post was first published on Yesh Din's blog.
...[Message truncated]
View Full Message
0
ReplyToggle Dropdown
Msg 182 of 197 to BerryStephBerrySteph
In reply toRe: msg 181

Hardly - you've going to beat and rob and kill the people of Syria just as you do to the people in Hebron.

What do U mean 'afterwards' (when Trump leaves?).  Not gonna happen.  It appears that Mr. Trump has plans. - and he brazenly bragged about it in that press conference he gave after the Baghdadi take-down.

"The oil is, U know, so valuable.  For many reasons.  It fueled ISIS, number one.  Number two:  it helps the Kurds...and Number three it can help us. because we should B able to take some also.  And what I intend to do,, perhaps, is to make a deal with ExxonMobil or one of our great companies, to go in there and do it Properly.  Right now it's not big.  It's big oil underground but it's not big oil on top.  Much of the machinery has been shot and dead.  It's been through wars.  But and spread out the wealth.  We're protecting the oil - we're securing it.  Now that doesn't mean we don't make a deal at some point.  U know what I said about Iraq that if you're going in keep the oil which they never did.

What Mr. Trump is proposing is a WAR CRIME.  It's PILLAGING.  We're talking about international law:  The LIEBER CODE, a military law from the US Civil War said:  "All pillage or sacking even after taking place by force are prohibited under penalty of death or such other severe punishment...In the Hague Regulations of 1907 two provisions stipulate that "the pillage of a town, place even when taken by assault is prohibited and that "pillage is formally forbidden."

Those looking to GET Mr. Trump would do well to examine his plans for someone elses's oil.  It's a crime.

Drumpf is accustomed to taking what is not his.

Meanwhile, the oil fields in the US are just as "dead".

Didn't he say something about creating jobs?

Those looking to GET Mr. Trump would do well to examine his plans for someone elses's oil.  It's a crime.

A crime we made fashionable in 1949 when we failed to hold Israel to the very, very solemn promises it had just made, accept them into the UN and they would return to the only borders they've ever had and let the people back to their homes.

0
ReplyToggle Dropdown
Msg 187 of 197 to BerryStephBerrySteph
In reply toRe: msg 186

Let's see who is brace enough to  tell Mr. Trump that he cannot take that oil.  It's against int'l law.