Please participate in this discussion

How to deal with Trolls and Hijackers

Poetry of the Pandemic

Race Riots in the US

More and More N.American Jews seeking to move to Israel

Saudi Arabia to take "interest" in the Temple Mount Mosque

Latest 2:04 AM by BerrySteph

Times are Changing in the New Middle East

Turkey and Russia square off in Libya

Israeli Airforce versus the Syrian Airforce

Understanding the Trap of China its leverage on many countries

Latest 2:22 AM by BerrySteph

Latest 1:55 AM by BerrySteph

Jerusalem - It's complicated..   Africa and the Middle East 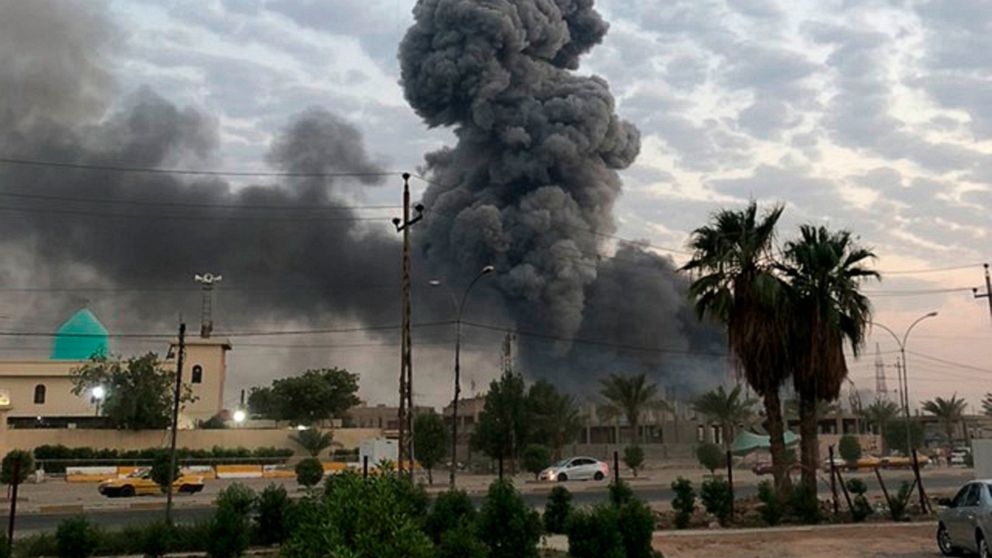 The official confirmed that Israel bombed an Iranian weapons depot in Iraq.

Fifty years ago a young shearer from NSW orchestrated an arson attack that shook the Middle East.

Fifty years ago a young shearer from NSW orchestrated an arson attack that shook the Middle East.

The Zionists seized him and blocked his prosecution by the authorities.

Rohan was arrested the day after the fire at a kibbutz north of Tel Aviv, where he'd been learning Hebrew since his arrival in Israel. Three judges ultimately decided there was "no doubt" that Rohan was mentally ill. He was subsequently hospitalised, and half a decade later his requests to be brought back to Australia were granted. Eventually, he fell back into society and little is known about the remainder of his life.

Protected by the people who set him up to carry out this major act of terrorism and declared him a victim.

0
ReplyToggle Dropdown
Msg 806 of 1211 to BerryStephBerrySteph
In reply toRe: msg 805

Or, he genuinely was mentally ill.

How is setting fire to a building with a view to causing the apocalypse, not a sign of mental illness?

How many Jews would have died in this "welcome" war?

Why would anyone actively encourage such a stupid and reckless act, while thinking it would give them any advantage?

Simple answer, no one would.

Because that would be stupid.

Or, he genuinely was mentally ill.

But he was protected from investigation or prosecution by the authorities - as were the people in the kibbutz who, almost certainly, put him up to it.

0
ReplyToggle Dropdown
Msg 808 of 1211 to BerryStephBerrySteph
In reply toRe: msg 807

as were the people in the kibbutz who, almost certainly, put him up to it.

This baseless claim coming from a story you only heard about a few days ago shows a disturbing eagerness to paint all Jews as evil.

Did a Jew hurt you, Berry?

The old testament speaks of the 3rd Temple arising when the (Jewish) Messiah touches down not before.

I've not mentioned the Jews.

However, many of the kibbutzes (particularly those without synagogues - 3/4 of them?) were clearly nests of evil.

This guy carried out his own small Kristalnacht - and his sponsors kept him from justice.

What else is there to say? Acts of destructrion and undermining are being carried out on the Haram al-Sharif every day.

All based on a claim to it that is clearly false in law - and very likely fraudulent. Animal sacrifice cannot be carried on without a source of water - there was nothing there 2000 years ago.

There are Kibbutzim with Synagogues and without , in all cases when the dead are intered it will be via an officiating Rabbi regardless of whether a synagogue was on site or now .

The Jews will not be discussing with Posters whether they agree with status of the Temple, in the Jewish Faith, there has never been any doubt about its centrality to the faith and its ultimate restoration (when the Messiah arrives) will be on the Temple Mount

There are Kibbutzim with Synagogues and without

Then you'll tell me about them.

But you know that you're lying - 80% of the kibbutzes as we know them were Stalinist - weekly meetings held in the canteen under posters of Stalin. Started in the 30s (with very few exceptions) and continued until the 80s.

Tell me when the first synagogue was built by the first Zionists - you'll find it very difficult.

Even Petach Tikva supposedly the "first religious city in Israel" founded 1878 (hence pre-dating modern Zionism) only got a synagogue 12 years later in 1890 with funding from outside the country, no evidence of anything earlier.

No comparison with the Pilgrim Fathers who knelt to pray at the Church they were leaving, now known as the Old or Pilgrim Fathers' Church (Dutch: Oude of Pelgrimvaderskerk Rotterdam-Delfshaven). When they arrived at Plymouth Rock "the congregation held Christian services on the Mayflower and then at a fort on Burial Hill from 1621 until 1648" https://en.wikipedia.org/wiki/First_Parish_Church_in_Plymouth - position and memory preserved for 400 years.

Tirat Zvi was the first religious kibbutz, in 1937 and that’s likely when the first synagogue was built on a kibbutz. But 80% of the kibbutzes had no synagogue and this listing - http://www.yorav.co.il/clali/ENGLISH/tirat_zvi_en.htm must surely be synagogues built by Zionists in kibbutzes - but when? Only in the 1980s, as they abandoned their left-wing ideals and re-populated with a different demographic?

The first settlers at Gush Etzion were Jews and will have had a synagogue. Rotten farmers and they left.

The land-grabbing Zionist settlers who came later tore down that synagogue and in Feb 2016 burned down the tent being used in its place! UN chief condemns synagogue arson in Gush Etzion http://www.israelnationalnews.com/News/News.aspx/207741