Get your bible out of my uterus!   Religion 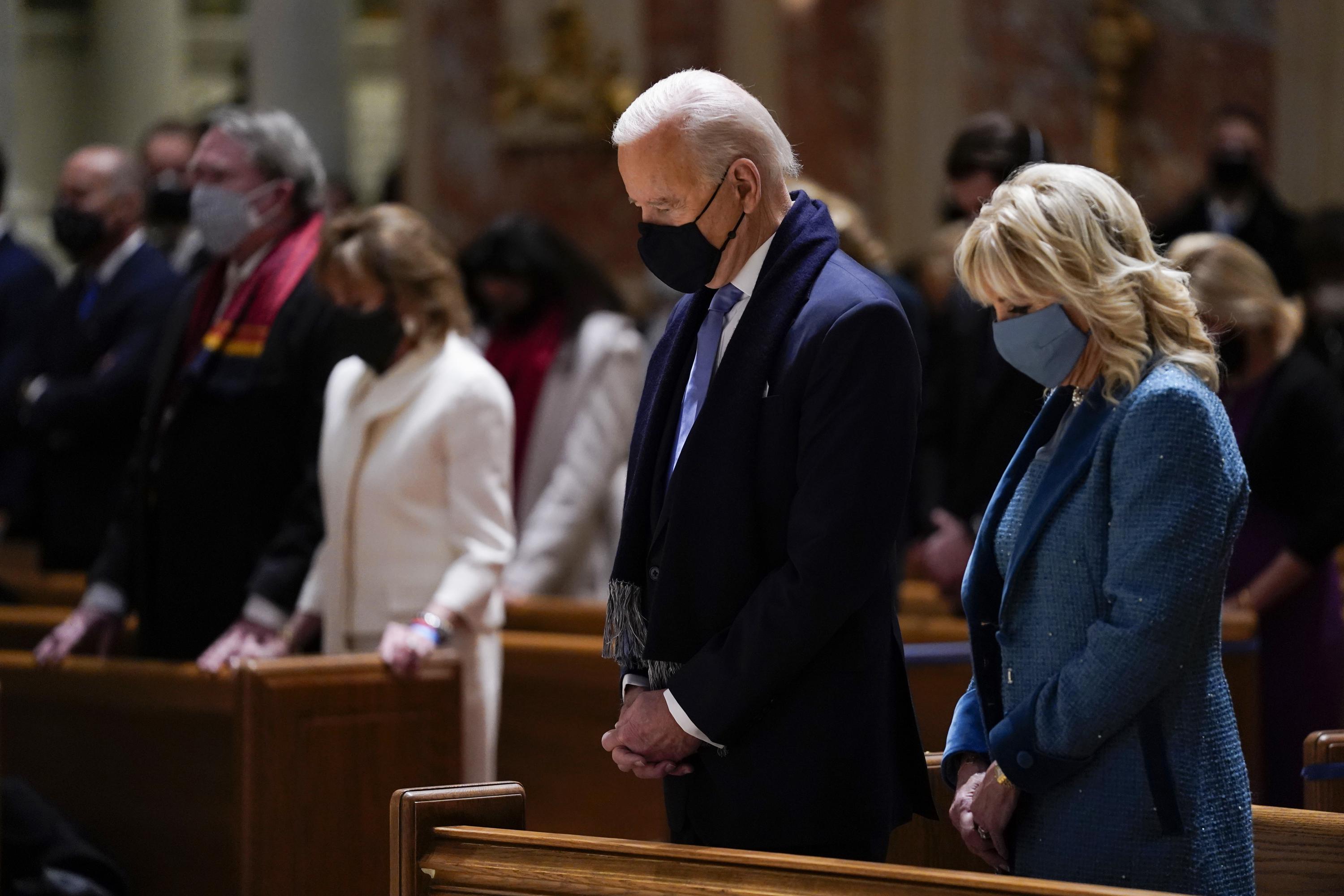 US Catholic bishops may press Biden to stop taking Communion

When U.S. Catholic bishops hold their next national meeting in June, they'll be deciding whether to send a tougher-than-ever message to President Joe Biden and other Catholic politicians: Don't receive Communion if you persist in public advocacy of abortion rights. At issue is a document that will be prepared for the U.S. Conference of Catholic Bishops by its Committee on Doctrine, with the aim...

IMHO there really shouldn't be any controversy about this.  If you call yourself a "Catholic", and want to partake in communion, or not be excommunicated, then follow the dictates of the church.  Many of us in good conscience cannot follow some of the rules and do not take communion, but stay in the Church for many reasons.  As a Catholic, it does hurt to not share communion, but it would hurt worse to deny what I truly believe, even if it differs from the Church.

Promoting abortion is not Biden's only problem.  It's wrong of the clergy to single out just this one.  Guess it makes for better publicity.

It's been so long since I've attended Mass, I wasn't aware confession has been done away with.  Because of my strong belief in the lineage of Christianity, I still consider myself a Catholic, even though I don't believe this Pope is a good man, I don't believe Roe v. Wade should be abolished and too many hands have been involved in what is and is not included in the Christian bible.  Guess that means I'm excommunicated.  Oh well...

In the end, the church is made up of people of all walks of life with varying opinions and beliefs.

The Catholic church can either accept that and move with the times or become obsolete.

The current message of the Catholic hierarchy has become so political and moved so far away from teaching a religious message, that it's "flock" has been drastically reduced.

The Catholic church can either accept that and move with the times or become obsolete.

What you are saying, is that a church must teach what it's congregation wants to hear if it wants to remain relevant.  That kind of defeats the purpose of the Christian church.   The Catholic Church will not become obsolete as long as Christianity is not obsolete.  Protestants believe that the Catholic Church stemmed from the original Christian Church, but became corrupt, and from what I've read, they were right about some leaders of the Church, but not the teachings on which the Church was founded.    Whether they like it or not, all factions of Christianity "are catholic in the sense that they are in continuity with the original universal church founded by the Apostles" (Wikipedia).

Once again, apologies for being so long-winded and preachy.  Someone else could probably have defined what I, personally, believe with at least half the words.

the Church has not done away with confession.  While people cannot attend services because of Covid, Pope Francis has recommended parishioners pray (gasp) directly to God.

What you are saying, is that a church must teach what it's congregation wants to hear if it wants to remain relevant.

No.  I'm not saying the message should change, but rather adapt to a world that is ever changing.  And the messengers need to look at themselves.

Why can't their priests marry?

Why are they hoarding SO MUCH wealth?

Why is a starving African not allowed to use a condom?

I agree with everything you said, which is why I have not for many years gone to confession or taken communion.  If I did that, I would be lying.  My breaking point was Roe v. Wade, but the tremendous wealth of the organization of the Church has always bothered me.  I just can't completely let it go because I do truly believe there is a direct line from the original apostolic founders to now through the Catholic church.