Berry has more knowledge of bogies than he does of ordnance (of which he knows absolutely nothing .

Rejoice, Syria is destroyed and you're already engaged in taking it.

"From the Nile to the Euphrates" is what the Zionists always intended and the IDF boasts of, BM. You boasted of it then, this was on the IDF web-site until recently and you're proud that its accelerating.

Greater Israel means "to the Euphrates" and that's what you want.

You are at war with Syria because you've stolen a bunch of Syrian land already and intend to steal all of it, with vacant possession and millions more refugees.

Same thing in Lebanon - while the settlers insist that Jordan is theirs as well.

You're doing what you Hitler set out to do - Lebensraum, expansion to the East. And the North. And the South. Only "to the West" put on hold since the Egyptians are groaning under American puppets and massive quantities of American arms.

(Actually "from the Nile" isn't a very practical objective for the border of Israel, you need the whole of Egypt with vacant possession. For the moment, its on hold - you're only insisting that Sinai be kept as a hell-hole of chaos and suffering as a semi-permanent condition. Massive arms supply to the torturing Egyptian military to hold off self-determination until you're ready to roll Holocaust II out there as well).

All that is necessary to find the answers you seek(?) is to peruse the posts of the last couple of weeks, but really, you've already been groomed, haven't you?

#Obamagate is simply Obama being Obama 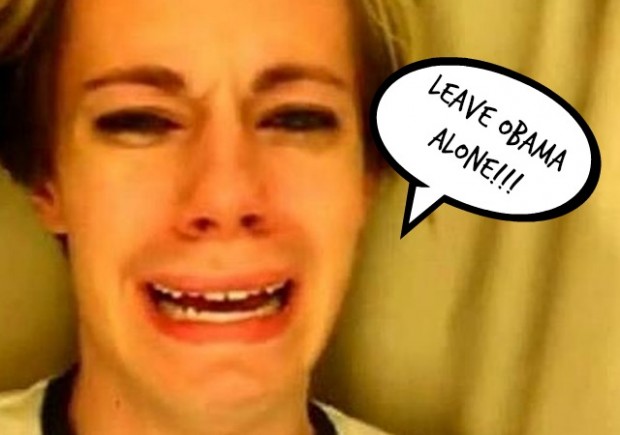 There was a time in the long ago past that we did Open Threads. Basically opening the floor to whatever you wanted to talk about in the comment section.

I have a lot of topics on my plate, but every now and then you need to stop and pause.

Tonight is one of those nights. And anyway, you probably are Sick and Tired of Blogger Burnout Stories:

Okay, blogging is tough.  We get it.  Great Grandma and Grandpa had it easy, with rotary phones and all (“You mean your Great Grandparents had a phone?”).

Let me guess, you worked the fields all day, so you don’t have the strength to push down on the keyboard with your bloodied, swollen fingers?

What’s next, a co-blogger to ease the burden of cutting and pasting cut-and-pasted blog posts from other similarly exhausted bloggers?

Haven’t you figured it out, there is only one original blog post which, like the source yeast at the Guinness brewery, has been kept alive for generations so that others may cut from and paste to it.

I’ll leave you with this passage from the very first Legal Insurrection post, on October 12, 2008, Obama is “Door No. 2”:

Obama may be a post-racial healer, or he may be someone who carefully uses race and false accusations of racism to advance his political career. Obama may not have known about Jeremiah Wright’s political race-baiting, or he may have known but not cared. Obama may be someone who views this country as inherently good, or he may secretly share the views of his political enabler, William Ayers, that this country is inherently bad. We may know Obama better than Jeremiah Wright and William Ayers know Obama, or we may not know Obama at all.

Seems relevant now that #Obamagate is in the news.

#Obamagate is simply Obama being Obama.

Obamagate Is Not a Conspiracy Theory

Those sharing #Obamagate on Twitter would do best to avoid the hysterics we saw from Russian-collusion believers, but they have no reason to ignore the mounting evidence that suggests the Obama administration engaged in serious corruption.

Democrats and their allies, who like to pretend that President Barack Obama’s only scandalous act was wearing a tan suit, are going spend the next few months gaslighting the public by focusing on the most feverish accusations against Obama. But the fact is that we already have more compelling evidence that the Obama administration engaged in misconduct than we ever did for opening the Russian-collusion investigation.

It is not conspiracy-mongering to note that the investigation into Donald Trump was predicated on an opposition-research document filled with fabulism and, most likely, Russian disinformation. We know the DOJ withheld contradictory evidence when it began spying on those in Trump’s orbit. We have proof that many of the relevant FISA-warrant applications — almost every one of them, actually — were based on “fabricated” evidence or riddled with errors. We know that members of the Obama administration, who had no genuine role in counterintelligence operations, repeatedly unmasked Trump’s allies. And we now know that, despite a dearth of evidence, the FBI railroaded Michael Flynn into a guilty plea so it could keep the investigation going.

What’s more, the larger context only makes these facts more damning. By 2016, the Obama administration’s intelligence community had normalized domestic spying. Obama’s director of national intelligence, James Clapper, famously lied about snooping on American citizens to Congress. His CIA director, John Brennan, oversaw an agency that felt comfortable spying on the Senate, with at least five of his underlings breaking into congressional computer files. His attorney general, Eric Holder, invoked the Espionage Act to spy on a Fox News journalist, shopping his case to three judges until he found one who let him name the reporter as a co-conspirator. The Obama administration also spied on Associated Press reporters, which the news organization called a “massive and unprecedented intrusion.” And though it’s been long forgotten, Obama officials were caught monitoring the conversations of members of Congress who opposed the Iran nuclear deal.

What makes anyone believe these people wouldn’t create a pretext to spy on the opposition party? If anyone does, they shouldn’t, because, on top of everything else, we know that Barack Obama was keenly interested in the Russian-collusion investigation’s progress.

In her very last hour in office, national security adviser Susan Rice wrote a self-preserving email to herself, noting that she’d attended a meeting with the president, Deputy Attorney General Sally Yates, FBI Director James Comey and Vice President Joe Biden in which Obama stressed that everything in the investigation should proceed “by the book.”

Did high-ranking Obama administration officials not always conduct such investigations “by the book”? It is curious that they would need to be specifically instructed to do so. It is also curious that the outgoing national security adviser, 15 minutes after Trump had been sworn in as president, would need to mention this meeting.

None of this means that Obama committed some specific easily defined crime; he almost assuredly did not. His staff is another story. In a healthy media environment, though, the mounting evidence of wrongdoing would spark an outpouring of journalistic curiosity.

“But,” you might ask, “why does it matter, anymore?” Well, for one thing, many of the same characters central to all this apparent malfeasance now want to retake power in Washington. Biden is the Democratic Party’s presumptive presidential nominee. He’s running as the heir to Obama’s legacy, and he was at that meeting with Rice. He had denied even knowing anything about the FBI investigation into Flynn before being forced to correct himself after ABC’s George Stephanopoulos pointed out that he was mentioned in Rice’s email. It’s completely legitimate to wonder what he knew about the investigation.

Skeptics like to point out that the Obama administration had no motive to engage in abuse because Democrats were sure they were going to win. Richard Nixon won 49 states in 1972. His cronies had no need to break into the DNC’s offices and touch off Watergate. But as the FBI agents involved in the case noted, they wanted to have an “insurance policy” if the unthinkable happened.

In 2016, the unthinkable did happen, and we’re still dealing with the fallout four years later. We don’t know where this scandal will end up, but one doesn’t have to be a conspiracy theorist to wonder.

No worries. Perhaps Greta can put your mind to rest . . .

0
ReplyToggle Dropdown
Msg 97 of 563 to ElDotardoElDotardo
In reply toRe: msg 95

There's no Obamagate, it's just a feeble attempt by trump's idolaters to deflect/divert trump's inability to deal with the COVID-19 crisis in the US.

Must we contract Maya Lin to design a US COVID-19 Memorial?

0
ReplyToggle Dropdown
Msg 98 of 563 to MEDDLYMEDDLY
In reply toRe: msg 97

Wait, I thought Obungler was the Messiah . . . 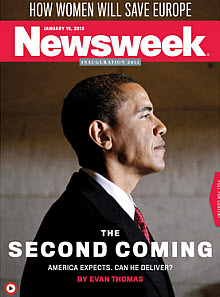 But, hey, no worries, nothing to see here for those with their blinders firmly attached . . . move along . . .

0
ReplyToggle Dropdown
Msg 99 of 563 to ElDotardoElDotardo
In reply toRe: msg 98

Nope, the only Messiah I love is Handel's Messiah. 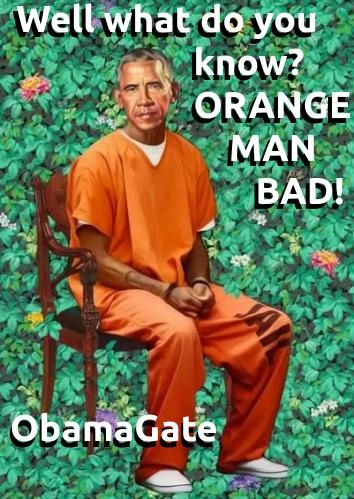 Was Obama systematically spying on everyone who could threaten his legacy?

On Friday, Thomas Lifson wrote that last week’s news about the Flynn unmaskings was just the beginning. He cited a post by retired naval officer J.E. Dyer, at Liberty Unyielding, for insights about what Acting Director of National Intelligence Ric Grenell was carrying in a sizable satchel he delivered to the Department of Justice on May 7, 2020. Anyone could see that the satchel contained substantially more information than the five pages revealing the myriad Obama officials who unmasked General Flynn’s name.

Dyer’s article is worth reading in its entirety, but Lifson gives a quick, elegant summary:

The key message is that for years the Obama administration was mining the incomparable database of the National Security Agency (NSA), which captured virtually all electronic communications – emails, text messages, everything – launched into the ether. The potential for abuse is breathtaking. Everything that political enemies said to each other, except in private in-person conversations or in snail mail letters, could have been spied upon. And now it looks like staggering numbers of intercepts were monitored. Dyer makes that case.

What especially caught my eye was the exponential growth rate of queries that “desk jockeys” in the various federal agencies made to view information about United States Persons of Interest during Obama's second term, all without having to log the specific inquiry or the identity of the person unmasked. Here’s the data, straight from the Office of the Director of National Intelligence:

Two thoughts flow from this extraordinary data. First, I am indebted to Mary Theroux, of the Independent Institute, who alerted me to the National Security Agency’s collection and storage capacity. Its Utah Data Center, completed in May 2019 at a cost of $1.5 billion, is located at Camp Williams, near Bluffdale, Utah. The structure covers somewhere between 1 to 1.5 million square feet, with 100,000 square feet dedicated to the data center and the remainder for technical support and administration.

The Data Center’s storage capacity is estimated to exceed exabytes, plural. If you’re wondering, a single exabyte is equal to one quintillion bytes (or 10 to the 18th power of bytes). That’s a lot of information.

Mary Theroux pointed out that there is no way that the U.S. can scan this information in real-time. That is, there’s nothing in this massive database that will alert our intelligence agencies to a planned terrorist attack. Instead, this database exists as a repository to hunt down information after the fact. In that regard, it gives the government power that Levrentiy Beria only dreamed about.

As you recall, Levrentiy Beria was the head of the secret police under Stalin. He was responsible for tens of thousands of deaths (including the Katyn massacre) and hundreds of thousands of imprisonments. Beria’s job was to get rid of
...[Message truncated]
View Full Message
0
ReplyToggle Dropdown
Msg 101 of 563 to MEDDLYMEDDLY
In reply toRe: msg 99

As it should be, although there's no denying how the Left viewed him . . .

Their false god has revealed himself to be a hollow idol.