Latest 8:59 AM by el gringo (ramseylurker)

Latest 8:40 AM by el gringo (ramseylurker) 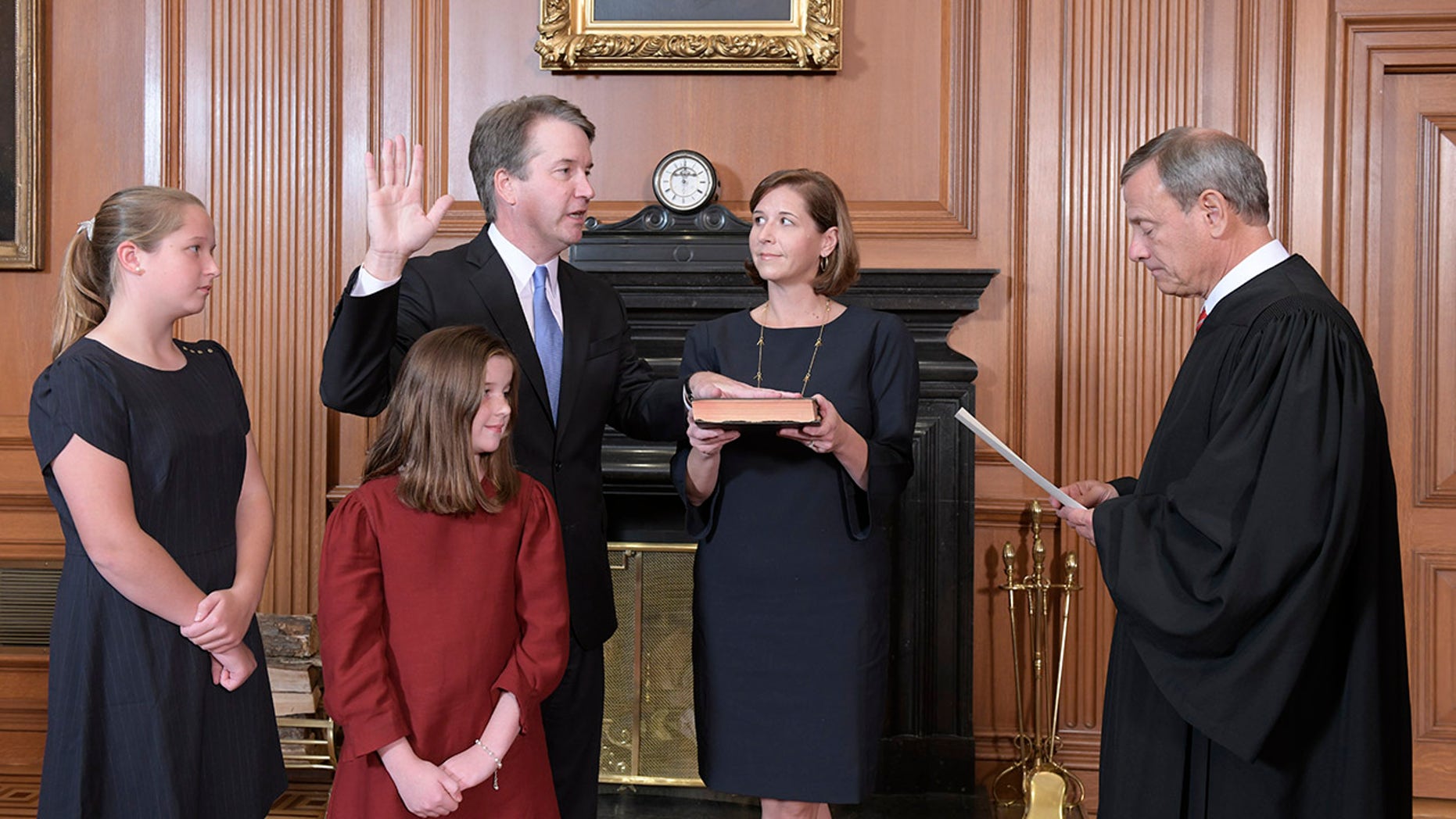 If you thought this confirmation process was crap, just wait until the time comes for President Trump to choose a successor to Justice Ginsburg. As they say, you ain't seen nothing yet.

If such behavior becomes the new normal, we’ll all be in trouble.

This last week, left-wing bullies shouted down senators in the hallways of the capitol, stormed senatorial offices, and generally endeavored to “occupy” Congress as they once did Wall Street — all to force members of the Senate to reject Brett Kavanaugh’s nomination to the Supreme Court.

Among the many disgraces of the two weeks since Christine Blasey Ford’s accusation of sexual assault was leaked to the press, the bad behavior of protesters on Capitol Hill may seem low on the list. But it is something that we should be deeply concerned about.

The right to assemble and petition the government for redress of grievances is a cornerstone of the Anglo–American political tradition. It was enumerated in the English Bill of Rights after the Glorious Revolution, and during the period between the French and Indian War and the American Revolution, the colonists themselves made frequent use of it, writing letters to George III to protect their rights. When James Madison acquiesced to a bill of rights (for he was initially opposed to one), he made sure assembly and petition were included.

But the First Amendment does not grant carte blanche to assembly and petition. In fact it is the only pair of rights listed therein that contains a limitation. We have to assemble and petition peaceably. We the people have a right to come together to voice our complaints to our elected officials, but we do not have the right to behave like a mob.

And a mob was what we saw in Congress over the last ten days. Demonstrators were rude, crude, and abusive. They got in the faces of members of Congress and disrupted the business of the national assembly. Thank goodness there was no violence. Were it not for the superlative work of the Capitol Police, there probably would have been.

This is not republican government in action. In fact, it is the just the opposite.

Direct access to members of Congress is a good thing. And when controversial pieces of legislation are under consideration, there is no doubt going to be high passions. Back in 2010,
...[Message truncated]
View Full Message
0
ReplyToggle Dropdown
Msg 165 of 256
In reply toRe: msg 164 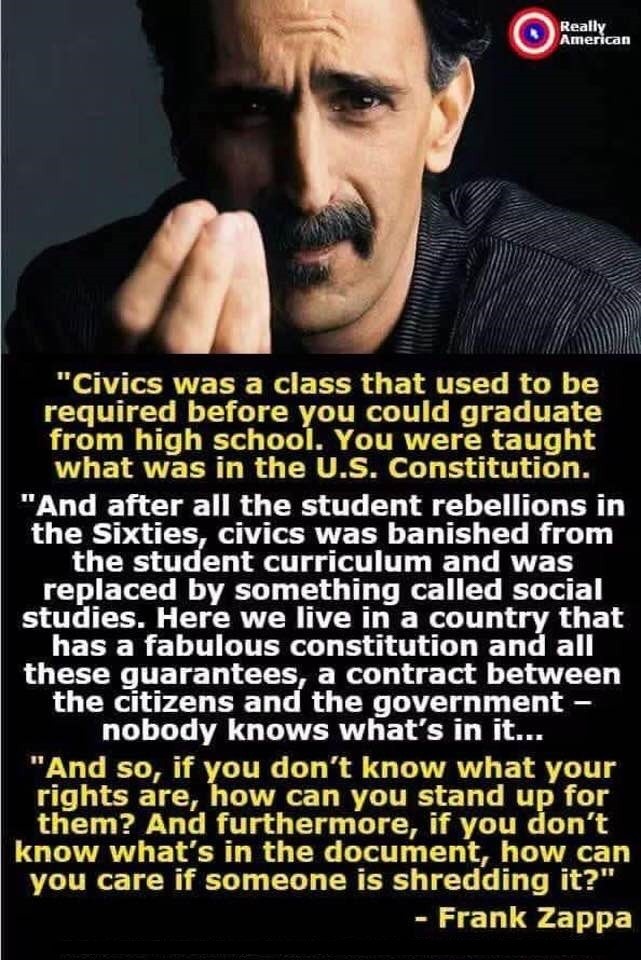 I am not going to comment on Kavenaugh because I am appalled!

I visited your page but found it to be an inextricable maze!

Never found the messages you sent me. Sorry

I wonder . . . Are you a DelphiPlus member? If I visit a forum and wish to find posts addressed to me, it is a simple task. Is this organizing feature not available to you? 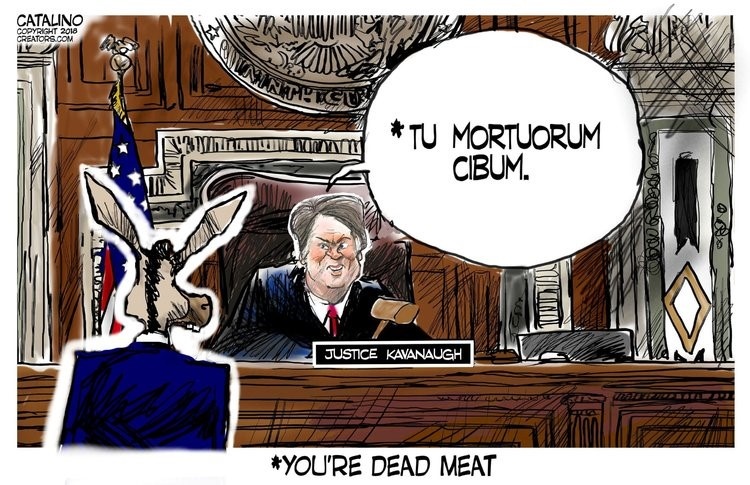 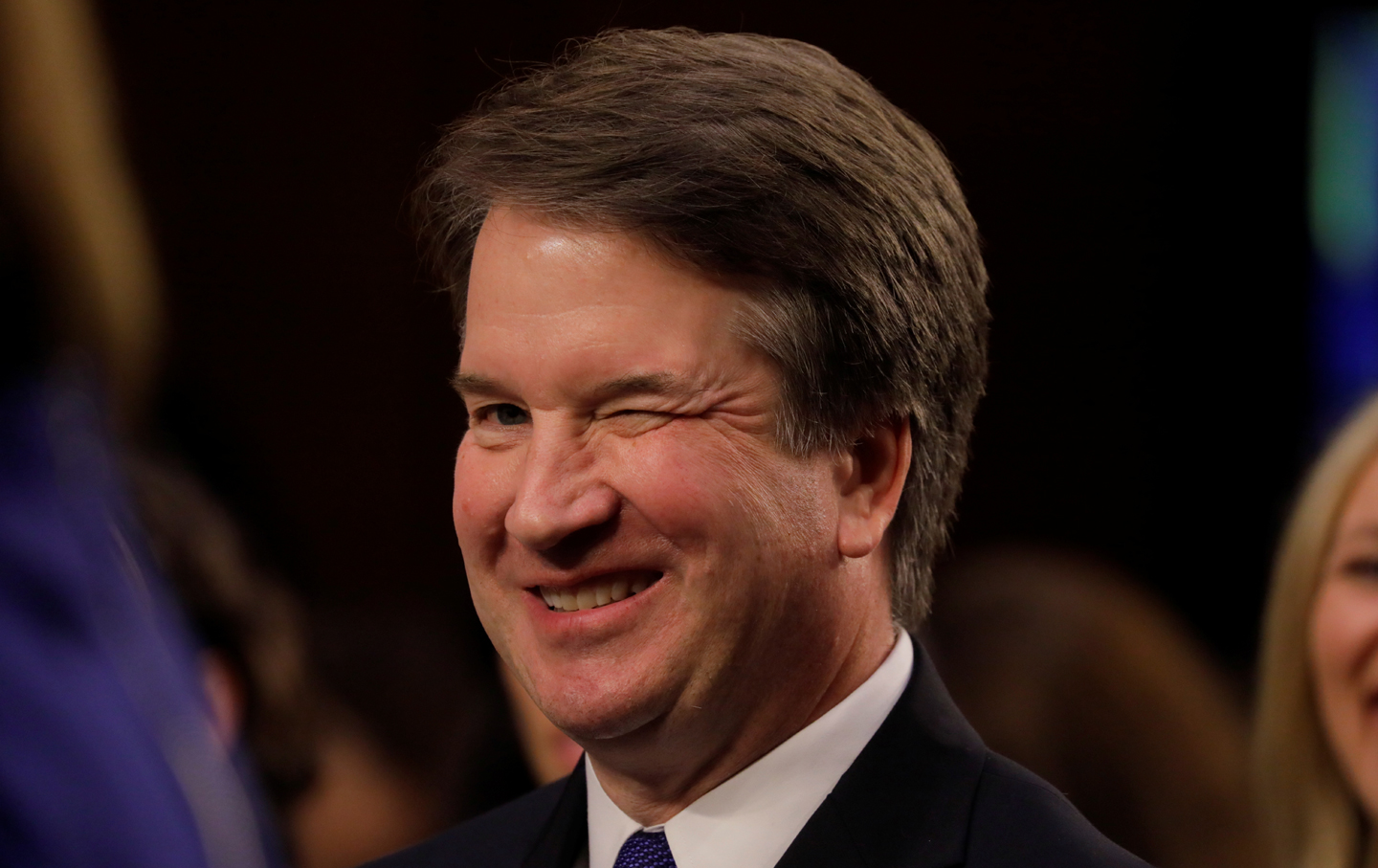 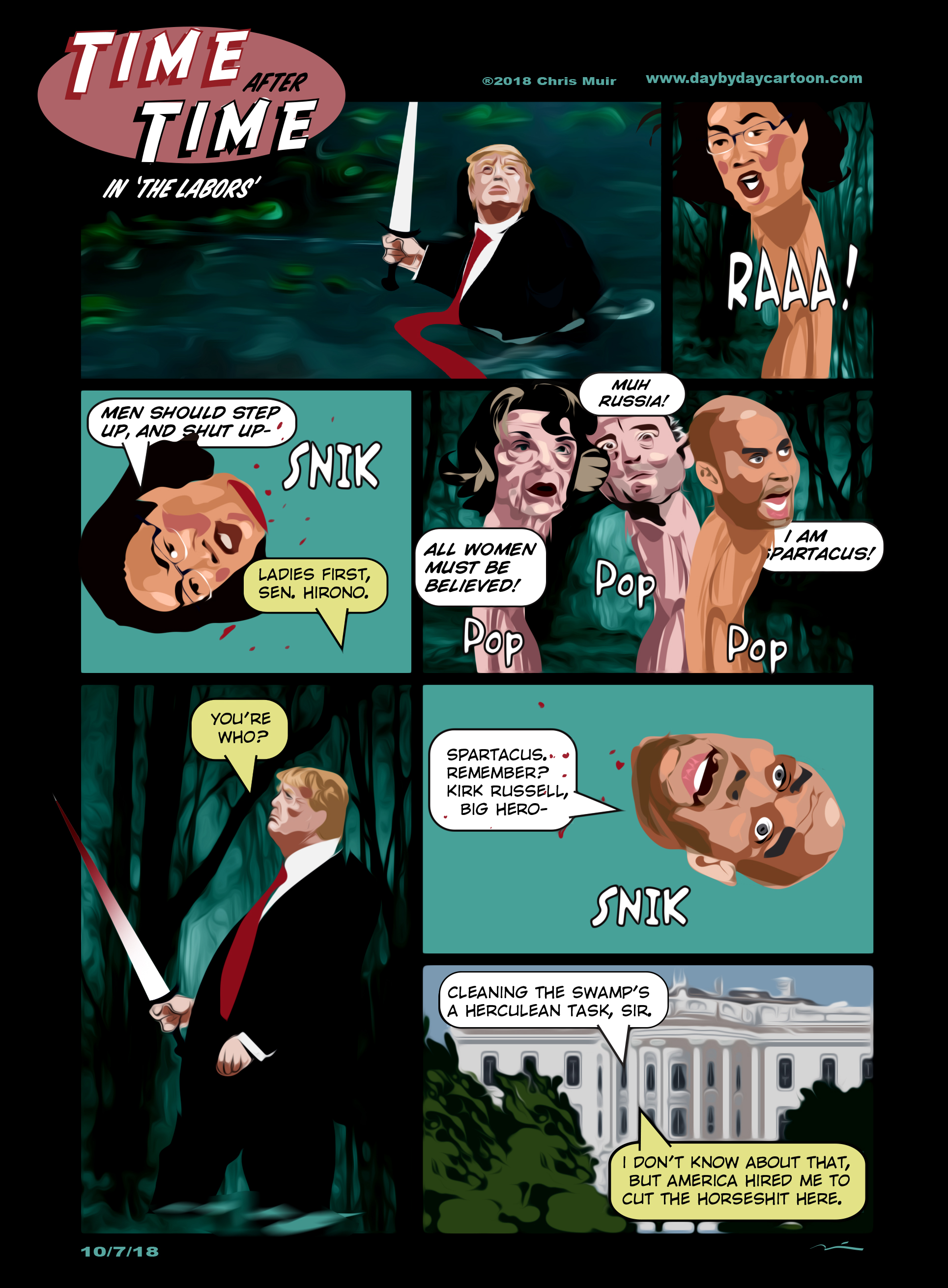 0
ReplyToggle Dropdown
Msg 169 of 256 to ElDotardoElDotardo
In reply toRe: msg 164

This is the exact crap I was talking about. 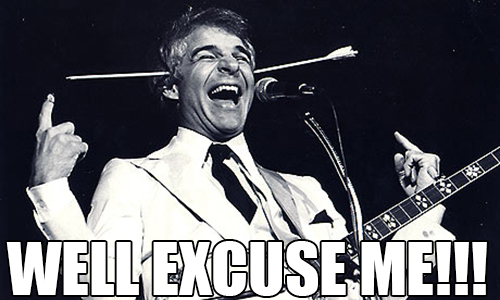 It Only Hurts When I Adjudicate 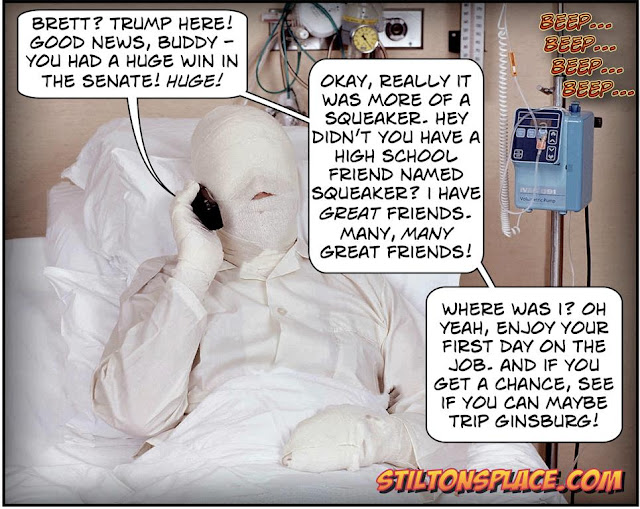 The nightmarish Kavanaugh hearings are over, Brett Kavanaugh has finally been confirmed and was immediately sworn in as an Associate Justice of the Supreme Court. So why aren't we feeling happier? After all, we won and the Left lost, right? Right...? Well, maybe not. Oh sure, we got a great jurist on the Supreme Court, but that should have been a given with broad bipartisan support (as has traditionally been the case). We only got what was expected and, considering Kavanaugh's remarkable qualifications, more or less inevitable. But what did the Left gain from all of this? Sadly, one heck of a lot. For starters, they permanently stained the good name and reputation of Brett Kavanaugh, who now begins a lifetime of being called "Rapey McRapeface" and being screamed at in public places. The Democrats have additionally sullied the perceived legitimacy of the Supreme Court itself, as well as insuring that in the future no sane person will submit to a similar character-destroying gauntlet for the "privilege" of doing public service. On top of that, the Democrats feigned outrage over allegations even they don't believe is generating millions of dollars in campaign contributions from sheeple who have more dollars than sense. But wait, there's more! Utterly bereft of actual ideas for the betterment of our nation, the Democrat machine runs on inspiring fear, hatred, and division in their simple-minded, hyper-emotional electorate. And they've hit the motherlode with their Salem witch trial against Justice Kavanaugh. Men are bad! White people are despicable! And people who think it's even possible for a woman to lie or get facts wrong are Nazier Nazis than the original Nazis. The Left is telling the dimmest of their followers (and their number is legion) that those on the Right
...[Message truncated]
View Full Message
0
ReplyToggle Dropdown
Keep Reading
TOP
Copyright © 2021 Delphi Forums LLC