Latest 9:26 AM by BerrySteph

Latest 9:16 AM by BerrySteph

Latest 8:07 AM by BerrySteph

Jaguar and / or Rolls Royce

Latest 9:00 AM by BerrySteph

Latest 2:24 AM by BerrySteph

White supremacism - should we condemn?

Trump wants them to get CorVid19

Latest 9:19 AM by BerrySteph 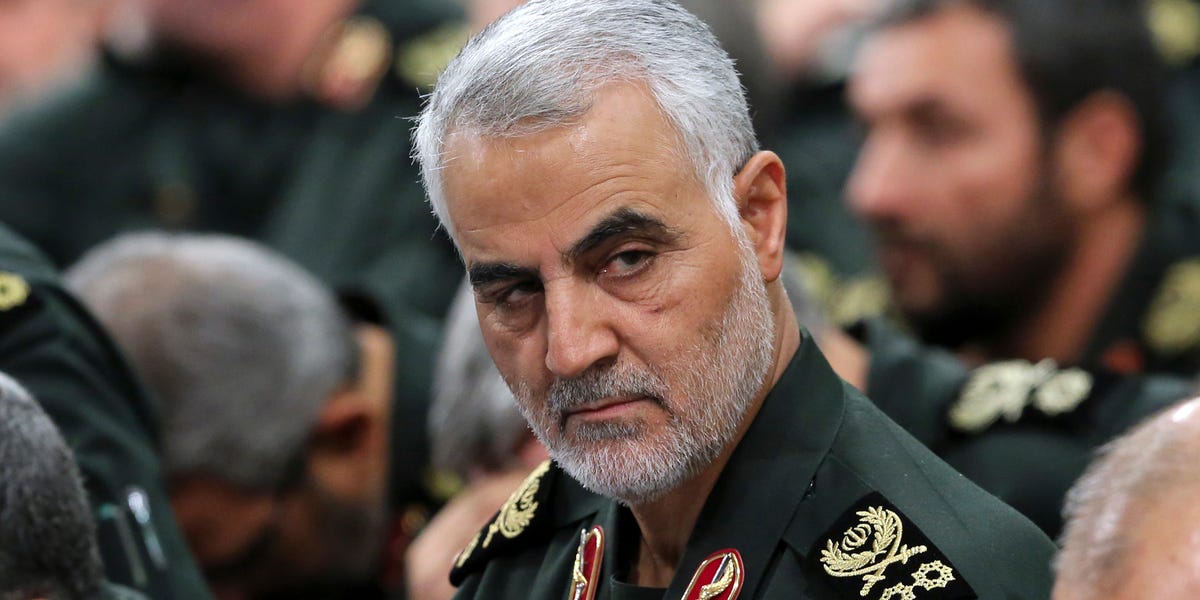 Two military leaders, including Iran's elite Quds force chief Qassem Soleimani, were killed in an airstrike in Iraq, according to local media reports.

This will not have a good ending.

Iran will have to be very cautious in its reply

'This is not a warning, it is a threat': Trump's escalation of tensions with Iran may be a preview of 2020

As the US and Iran continue to battle for influence in Iraq, an attack on the US embassy sends a clear message to the White House.

The removal of the Guards leader will leave an enormous hole in the highest echelons of the Iranian military think tank, this single person has put together the current Iranian military force and created an impressive effective resistance military, his loss will be deeply felt in Iran , the removal of the Number 2 of the Iranian proxy command in Iraq will also hurt very much

The US actions are spot on , the Iranians will be hard pressed to mount ( they will try) an impressive counter attack on the US

This will not have a good ending.

The desperate Iranian regime is not handling this well - they should have crowed that its a measure of Trump's desperation over being impeached.

Which is true. Terrorism like this is what American leaders do when they want to cover up something else.

This is why Iran and Korea need nuclear weapons.

Aggressors like the US need to know that it could retaliate effectively.

Also stop Israeli expansion into Syria dead in its tracks.

You must love it that the US is now copying your methods.

... "Raful’s attitude was that it made no difference which Palestinians we killed in Lebanon - they either were terrorists or would become terrorists or they gave birth to terrorists," said David Shiek, deputy commander of Flotilla 13 at the time. "Once, Raful joined us on the missile boat on the way to a raid and an officer asked him how we were supposed to identify the terrorists. Raful answered, ‘If they haven’t got [birthday party] balloons, they’re terrorists.’"

0
ReplyToggle Dropdown
Msg 484 of 659 to BerryStephBerrySteph
In reply toRe: msg 483

"Ronen Bergman
@ronenbergman
·
8h
No matter who killed Suleimani, the Iranians will hold US and Israel (and perhaps in reverse order) guilty of what happened. Tehran has already shown it does not fear escalation. Suleimani is one of the regime's senior officials and close to the supreme leader. Hot weekend ahead."

And all this and consequent escalation will benefit Trump in his Presidential campaign.