Latest 8:33 AM by Freewheel (FREEWHEEL2)

Latest 1:38 AM by Jenifer (Zarknorph)

Latest 1:23 AM by Jenifer (Zarknorph)

Latest 1:22 AM by Jenifer (Zarknorph)

Latest 1:26 AM by Jenifer (Zarknorph)

Latest 1:06 AM by Jenifer (Zarknorph)

Latest 1:40 AM by Jenifer (Zarknorph)

Latest 1:02 AM by Jenifer (Zarknorph)

A Jewish cemetery in France has been vandalised mere hours before marches and gatherings against anti-Semitism were set to take place across the country.

Swastikas and anti-Semitic phrases were spray-painted onto headstones and across the gate that leads into the graveyard.

Authorities said 90 graves in all were desecrated overnight, in the eastern town of Quatzenheim, near Strasbourg, France.

"It's important for me to be here with you today," a solemn-looking Mr Macron told local leaders and members of the Jewish community after paying respects at one of the desecrated graves.

The vandalism is the most recent in a spate of anti-Semitic acts that have sent shockwaves through France.

Answering a call from political parties, thousands of protesters and several Government members were expected to take to the streets on Tuesday (local time).

The upsurge in anti-Semitism in France, home to the world's largest Jewish population outside Israel and the United States, reached a climax last weekend with a torrent of hate speech directed at prominent philosopher Alain Finkielkraut during a march of yellow vest anti-Government protesters.

It came days after the Government reported a huge rise in incidents of anti-Semitism last year. There were 541 registered incidents, up 74 per cent from the 311 registered in 2017.

In addition to the marches, National Assembly president Richard Ferrand and the head of the Senate, Gerard Larcher, will hold a moment of silence at the Shoah memorial in Paris.

French President Emmanuel Macron is not expected to attend, but will deliver a speech at Wednesday's annual dinner by leading Jewish group CRIF.

"Anti-Semitism is deeply rooted in French society. We would like to think otherwise, but it is a fact," Mr Philippe told L'Express magazine this week.

"We must be totally determined, I would say almost enraged, in our will to fight, with a clear awareness that this fight is an old one and will last a long time."

In other incidents this month, swastika graffiti was found on street portraits of Simone Veil — a survivor of Nazi death camps and a European Parliament president who died in 2017 — the word "Juden" ("Jews" in German) was painted on the window of a bagel restaurant in Paris and two trees planted at a memorial honouring a young Jewish man tortured to death in 2006 were vandalised, one cut down.

Last Friday, two youths were arrested after they allegedly fired shots at a synagogue with an air rifle in the Paris suburb of Sarcelles, where a large Jewish community lives.

Sarcelles mayor Patrick Haddad told BFMTV on Tuesday that prosecutors consider the motive to be anti-Semitism.

Political parties from across the spectrum will unite in Paris, but Marine Le Pen's far-right party will hold a separate event.

According to sociologist Danny Trom, author of the book "France Without Jews", thousands of Jewish people leave France every year because the rise of anti-Semitism.

"This is a low-intensity war, perhaps, but let's not forget the murder of children killed at close range by Mohamed Merah in a school," Mr Trom told French culture magazine Telerama, referring to the murder in 2012 of three children and a teacher from a Jewish school by an Islamic extremist in the south-western city of Toulouse.

"It is without equivalent in the history of France," he said.

"Jews have been present in France since the dawn of times. Now, the pressure is such that they are led to consider their country inhospitable."

Then there's these guys!

Two conservative cardinals have linked a "homosexual agenda" to crimes against children ahead of a major Vatican summit on the prevention of sexual abuse.

In an open letter American Cardinal Raymond Burke and German Cardinal Walter Brandmuller argued the abuse of children in Catholic institutions was not solely caused by an abuse of power by clergy but was "part of a much greater crisis".

"The plague of the homosexual agenda has been spread within the church, promoted by organised networks and protected by a climate of complicity and a conspiracy of silence," they wrote.

Both cardinals are outspoken critics of Pope Francis and belong to a traditionalist wing of the Church that includes many that believe homosexuality is the main cause of clerical abuse.

Archbishop of Brisbane, Mark Coleridge — one of Australia's most senior Catholics — said he disagreed "totally" with the letter and its contents.

"[The] two cardinals are renowned for this kind of critique, which I and many others simply reject out of hand," he said from the Vatican.

"As far as I and Pope Francis and many others can see the problem is the abuse of power."

Archbishop Coleridge said there must be some concrete steps for bishops to follow after the summit, otherwise it would be seen as lip service.

"I think the time for words is long, long past," he said.

"I think [we need] an action that is grounded upon a recognition that we're dealing with a global emergency, and I don't think the word is too strong."

Victims of church abuse were also quick to condemn the letter.

On Wednesday 12 victims met with prominent cardinals who organised the summit and said people's faith in the Vatican was "washing away".

American Phil Saviano was one of the survivors at the meeting.

His story was told in the movie Spotlight after he gave information to journalists, which led to a major investigation into child abuse perpetrated by the Boston clergy.

Mr Saviano said blaming gay priests for the widespread abuse of children was inaccurate and a deflection.

"I think that trying to lump it all together on homosexuality is A: it's a dodge, B: it's not psychologically accurate," he said.

"It's not going to lead to a proper solution and it's also an insult to all of the women who have been sexually abused as children."

The Vatican said Pope Francis called the landmark summit of 190 bishops and heads of Catholic religious orders to ensure church leaders are accountable to victims.

Last week, the pontiff expelled Theodore McCarrick, a former cardinal and archbishop of Washington, after the Vatican found him guilty of sexually abusing children and seminarians.

The move appears to be the first time any cardinal has been defrocked for sexual abuse.

Pope Francis has previously said he was "concerned" about the issue of homosexuality within the clergy.

"The issue of homosexuality is a very serious issue that must be adequately discerned from the beginning with the candidates," he said in the book The Strength of Vocation, which was released in December 2018.

I honestly don't know what to think about the Church anymore.  I am Catholic, although born and raised Baptist.  I have major concerns about the Pope and where he is leading us, I don't attend services anymore because in my opinion, he and his cardinals have become too political.  Because of my own religious beliefs, I could never leave the Catholic faith.

As far as child abuse and homosexuality in the Church are concerned, child abuse must be eradicated and homosexuality must be seen as an individual human's preference, not only in clerical instances, but nation-wide.  You'd think, with the crickets you hear if you bring up instances of either by other than Catholic priests, that these abuses occur only in the Catholic Church.  I hope we're all intelligent enough to understand that, unfortunately, they occur in all walks of life.  The conversation must be about bringing all perpetrators of these crimes to justice, not just Catholics.

0
ReplyToggle Dropdown
Msg 4 of 47 to katiek2katiek2
In reply toRe: msg 3 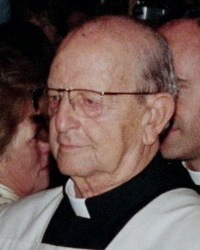 Father Marcial Maciel, a Mexican priest who was the general director of the Legion of Christ, which he founded in 1941, was investigated several times for his behavior. In 1956 the Vatican had him removed as superior and investigated allegations of drug (morphine) abuse. After interviewing members of the then-small congregation, the Vatican cleared him. Maciel was reinstated in February 1959.[4]...

Cardinal Reinhard Marx, the Archbishop of Munich, tells 190 church leaders gathered in Rome that procedures to investigate and punish paedophile priests had often been ignored.

Cover-ups, crimes and a no-nonsense nun: What we learned at the Vatican summit on abuse

At a meeting of the world's highest-ranking Catholics, there was talk about hidden files and victims demands for zero tolerance for paedophile priests.

'The Terminator' of the DRC found guilty of murder, rape and enlisting child soldiers

More than 100 witnesses testified at Ntaganda's trial, including a woman who survived having her throat slit by Ntaganda's forces.

While all eyes are on the Catholic Church for its handling of child sexual abuse among clergy, the Latin American clergy ran fiefdoms alongside the continent's autocrats for decades.