Latest 2:19 AM by Jenifer (Zarknorph)

Latest 2:35 AM by Jenifer (Zarknorph)

India vs Pakistan   Africa and the Middle East

India bombs militant camps in Pakistan as tension ratchets up

The airstrikes are the latest escalation between the neighbouring countries following a deadly attack that killed 46 Indian policemen in the disputed Kashmir region this month.

I wondered why Imran Khan was chiming in... then I remembered he's the Prime Minister!

Now they want talks! I wish the pilots had talked to each other.

We really did not need a new flare-up in the old Kashmir problem. 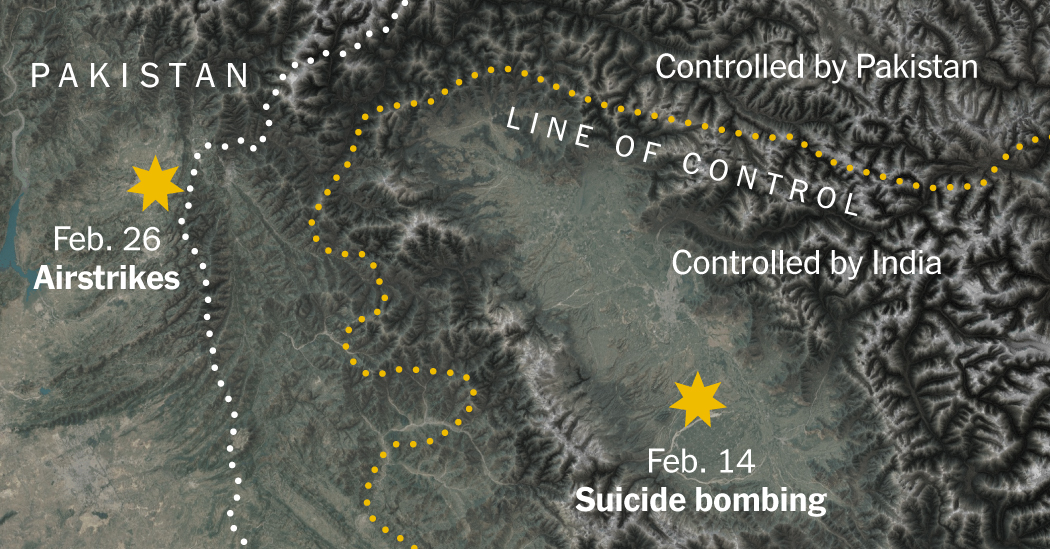 Why Do India and Pakistan Keep Fighting Over Kashmir?

A simple guide to the roots of the conflict and what could happen next.

India and Pakistan violate a ceasefire along the Line of Control in the disputed region of Kashmir, killing at least six civilians and two Pakistani soldiers.

'Unacceptable': Why Beijing cares about a dispute between Pakistan and India

Why is India's move to change the status quo in Jammu and Kashmir unacceptable to China?

Why is India's move to change the status quo in Jammu and Kashmir unacceptable to China?

Not mentioned, but I thought was obvious, is that China doesn't want ethnic cleansing and refugees on its borders. Quite enough problems with desperate and radicalised Afghans created by the US. Huge internal movements causing huge social problems along its increasingly industrialised Pacific Coast. Tens - maybe 100s? of millions of Muslims in Xingian not interested in Chinese ways or Chinese languages or Chinese taxation.

And, most unlike the US, it has borders on all sides and doesn't have the money to secure them - nor powers enough to enforce its necessary tax-raising. It doesn't (yet) have a real population register for these areas (though the US  barely has one either).

India is threatening mass movements of people in Kashmir (up to 12 million Muslims forced out) and in Assam maybe (2 million made stateless?)

Myanmar has created a million or so stateless Muslims in Bangladesh.

We're seeing the beginnings of the great cull - a chunk of which will hit China because the Himalays will no longer store monsoon rainfall as ice and release it steadily in the summer.

The chaos and suffering that the US first imposed on Afghanistan (started under Carter in the late 70s, though he probably had no control over what the CIA was doing) is spreading very dangerously for every state in Asia.

But I agree its a lot easier to blame all their problems on their own hard-line leaders not on what we're doing to them.

0
ReplyToggle Dropdown
Msg 8 of 28 to BerryStephBerrySteph
In reply toRe: msg 7

I know you love to bring everything neatly back to the premise that it is "all America's fault".

You're forgetting the Crusades.

Muslims have been defending their homes against righteous armies for a lot longer that 1970.

Muslims have been defending their homes against righteous armies for a lot longer that 1970.

I'm coming to think that this is a much bigger problem than simply "We are the terrorists".

I'm coming to think that living on an island is a near guarantee of stability and democracy, at least in the long term.

Whereas living on a continent (unless its all bound together in one Empire, and I'm not sure that's ever happened yet) is a guarantee of instability and tyrrany.