A bit of UK Culture!

Latest 2:43 AM by Jenifer (Zarknorph)

If you could be any member of Juan Tu...

Jaguar and / or Rolls Royce

Yeah.  Liberals have no conception of self-preservation so they advocate mass immigration.

YES.  New infrastructure will have to be built for renewable energy.

However, that will create jobs.  And jobs are good for the economy, right? Hell, China created 4.1 million jobs in ONE year!

Cutting down on pollution will be expensive for the big polluters, and they will pass those expenses down to customers.

However, cleaner air means less sickness, which means less of a drain on the health system, which saves money... right?

Better, cleaner public transport means less cars on the road, less money spent on petrol and repairs... in fact renewable energy is the ONLY industry I can think of that has a genuine trickle down effect due to the decreases in the cost of living.

Your precious, precious money will not help you unless you have billions of it and can wall yourself off in a heavily fortified compound. You really think that the ones who stand to lose the most money REALLY care about how many extra dollars a week you may have to spend?

You are an intelligent mad, Bud.  Please look with more scrutiny at those who oppose renewable energy the most.  What do THEY stand to lose?

And if there is no money in renewable energy, then how do you explain Elon Musk?  (I mean, other than "he's a dick").

Coal is easy. Change is hard.  But we have to change.

The non-hoax part is that this world's climate has been changing since this world's formation, and it will continue to do so largely independent of anything we do

Yes, the climate NATURALLY changes.  The difference is the rate at that change since humans got really serious about polluting the hell out of the atmosphere.  The rate the climate is currently changing defies the natural progression.  That means something else must be at work.  We HAVE to look at ourselves and our actions.

So now the argument is:

The answer is - NOT nothing!

There are a thousand things we can do.  But they cost money.

Not true.  Many businesses and governments invest billions in infrastructure projects every year.  Why would they do that if there was never any hope of a return?

Why did you spend thousands setting up your house to be energy efficient with solar panels and batteries if it does make any economic sense?

Everyone is focusing on the base power that only coal can provide.  Micro grids, however, with linked solar, wind, wave, geothermal and hydroelectric could be tailored to specific areas - depending on what they had in abundance and could store in batteries.

We have to start thinking outside the box that is one great big power station for all.

And we HAVE to get the stick out of our butts about nuclear energy (talking to my own country here, not yours).

As an engineer... come on... what could you do to make JUST your county completely self sustaining?

Oh, and also I will need your engineering and math skills to help me set up some solar lights.

Measurements will be forthcoming in another post sometime this week.  I'm just waiting for a decently cool day.

Merry Christmas to you and your wonderful family!

You asked, "Why did you spend thousands setting up your house to be energy efficient with solar panels and batteries if it does make any economic sense?"

The only reason was because electrical power in our area occasionally has failures, usually when a raven or other large bird decides to land on various bits of equipment in the local main sub-station, and takes out expensive and critical equipment.  When that happens - usually on a really hot summer day - we can be out of electricity for a couple of days.  That's a health hazard in 120+ F (49+ C) temperatures.  Those happen quite frequently during our summers, although we didn't get even one such day in town this past summer.  And so far we've had two snow events in town, while we haven't had any for at least 8 years, probably a bit more.  Climate shifts - -

Out in the desert, in a small community of single-family, ranch-style homes, it makes sense for those homes to have solar power.  But most people - at least in the USA - live in cities, and where one has multi-story apartment buildings, there simply is not enough available area to make solar power a significant factor.at the current efficiency ratings of photovoltaic cells.

I keep harping on commercially viable fusion power, because when properly developed it cannot have the contamination problems that plague contemporary fission power plants.  Completely different physics in play, not fully understood yet, and so - for now - it's not possible.  Once we manage to contain the genie, commercial power rates will plummet to less than those of hydro-electric power adjacent to Hoover Dam - - very inexpensive indeed!

I made my house energy-efficient because that way it takes less energy to heat or cool it, and energy is more expensive, over time, than making a house energy-efficient.  Not TOO efficient, because one still needs to have good air volume passing through in order to keep the air from turning stagnant, and have cooking and other odors become objectionably noticeable.

I keep harping on commercially viable fusion power, because when properly developed it cannot have the contamination problems that plague contemporary fission power plants.  Completely different physics in play, not fully understood yet, and so - for now - it's not possible.  Once we manage to contain the genie, commercial power rates will plummet to less than those of hydro-electric power adjacent to Hoover Dam - - very inexpensive indeed!

A huge amount of work going into it but still at least 20 years away, they all say.

Is Fusion Power Within Our Grasp?

Jan 14, 2019 - Two recent developments in the world of fusion power are giving scientists and policymakers newfound optimism for the elusive ‘holy grail’ of energy technologies. The first is a discovery by the Department of Energy’s (DOE) Princeton Plasma Physics Laboratory (PPPL) which uses radio frequency (RF) technology to greatly reduce so-called ‘plasma disruption’ – the leading challenge to achieving a sustained, net energy gain fusion reaction. This is a key element in making fusion a feasible source of electricity.

The second is a report by a panel of distinguished scientists from the National Academies of Sciences, Engineering and Medicine to the DOE which concluded that a $200 million annual investment in the technology for the next several decades could lead to a commercially viable reactor before 2050. This timeline includes demonstrating energy-gain fusion (a reaction which produces more energy than it takes in) by the mid-2020s and a concept reactor by the 2030s.

The only reason was because electrical power in our area occasionally has failures, usually when a raven or other large bird decides to land on various bits of equipment in the local main sub-station, and takes out expensive and critical equipment.

... So why did you not all get out your guns and shoot any bird you saw?  Cheaper! 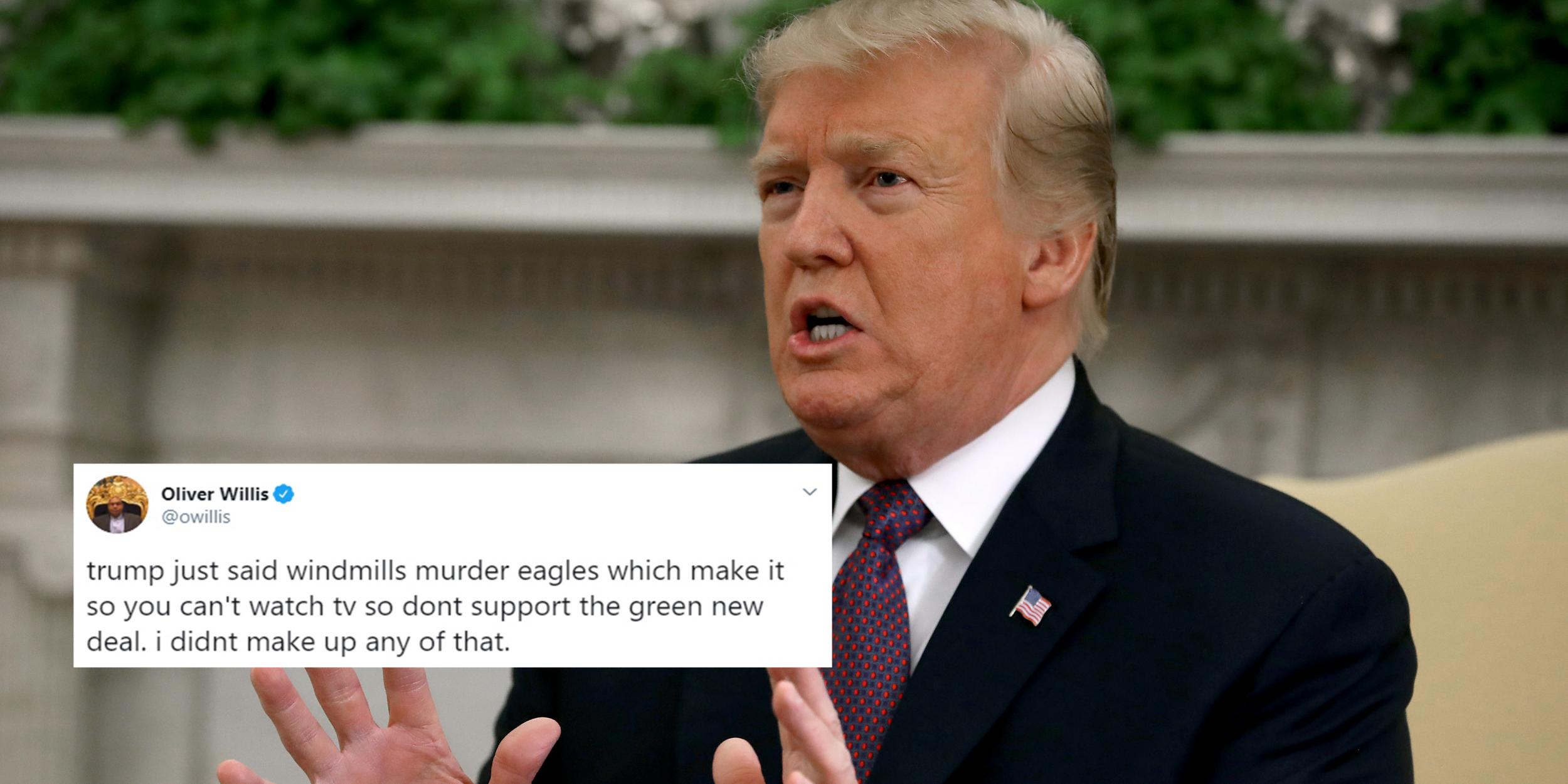 Sorry... but it seems some are determined to blame nature for its own death.

But hey, here is a commie/leftie/liberal... whatever... take on some of the economics.

It's from FOUR years ago.  The OBAMA era!  And it is NOT GOOD!

Are you prepared to listen?

North Dakota is known for being polite, but perhaps they've been a little too hospitable to oil companies. Connect with Last Week Tonight online... Subscribe...

Not even I could rephrase it more eloquently.

The sun itself determines climate change.  Some people imagine solar panels risk depleting the sun's energy.  i found some suspects.

Any CB side-band user knows every 11 years you get optimal sunspot "skip" conditions whereby signals bounce from Europe to Australia and vice-versa.

Circa 1981, pre mobile phones, my CB detected landline conversations from a phone 4km away. A girl did not believe me, So I told her to ring the number and chat him up for a few minutes. Then, she immediately rang my landline to ensure I was not at the other guy's house.  I played back the recording including her own voice.  But I digress for which a sincere apology is due.  As Benny Hill said: "Always be sincere, even if you don't mean it".

Horrifying forestfire destroys 245 houses in the tourist town of Valparaiso in Chile. 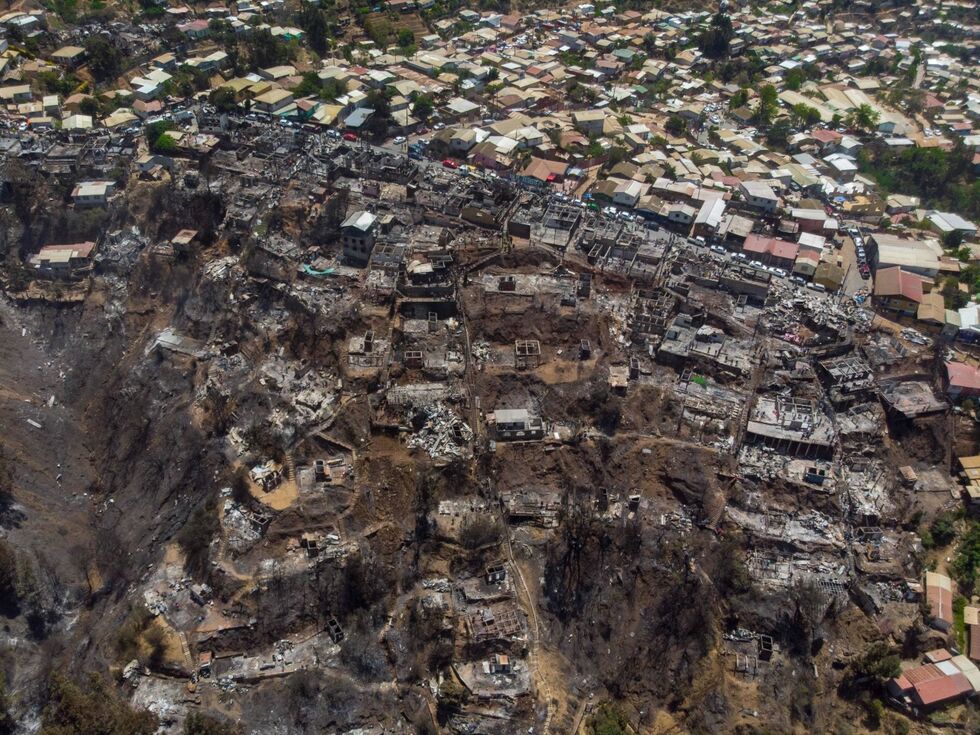 When I lived in the San Francisco Bay Area, I had a nice little 25-foot sailboat.  Had about 4 square meters of solar cells across the cabin top, quite enough to keep the batteries charged as well as run my minimal electronics during the day - - even to run the bilge pump if needed.  And that power kept a small fan going to help remove odors from the head (toilet area.)

I now live in the Southern California desert, and solar runs my place during the typical summer day.  Not so much in winter, when it's often overcast (or raining, as is the case today.)  But in my opinion it's not for exclusive or even primary residential or buisness use, especially not in large urban areas.

My preference - - live lightly upon the land.  Too many people don't.  And there are about 12 x too many people.

Sooner or later, the forces of communism will say to go off-grid, you must apply for a municipal permit for solar panels to be installed by a clique-approved affirmative agency. Ostensibly this is to ensure health and safety rules which are not enforced in the slum zones.

Thereafter, to punish you for not purchasing municipal supplied electricity, the communists will say you still pay an availability charge.  That equates to driving past 10 petrol stations without purchasing then you must pay them an "availability charge".  You could not make it up.  Nor could I.  Its pure communism enforced by parasites who produce nothing.

Somehow that scenario sounds just altogether too much like the ultimate goal of FAR! too many American Communists for words.

It is our duty to do whatever is necessary to prevent that from happening.  And I doubt I'll live to see it actually come true, and hope it never does - - humanity deserves so much better.

But you are correct that such an evil nightmare is awfully close to what the parasites really want!