America - Arms dealer to the world   America - all of it

Twenty-nine arms control and human rights organizations have signed a letter opposing the sale of $23 billion worth of missiles, fighter jets and drones to the United Arab Emirates and asking the U.S. Congress to block the deal.

Yet, not a peep about the missiles that iran sends around the world. Why are these pathetic organizations in such support of the greatest supporter of islamic terrorism around the world?

If you threw $100 Billion at the UAE it could never withstand any conflict with Iran unless it was part of a unified alliance , for the US this is Christmas come early for the UAE this is window dressing 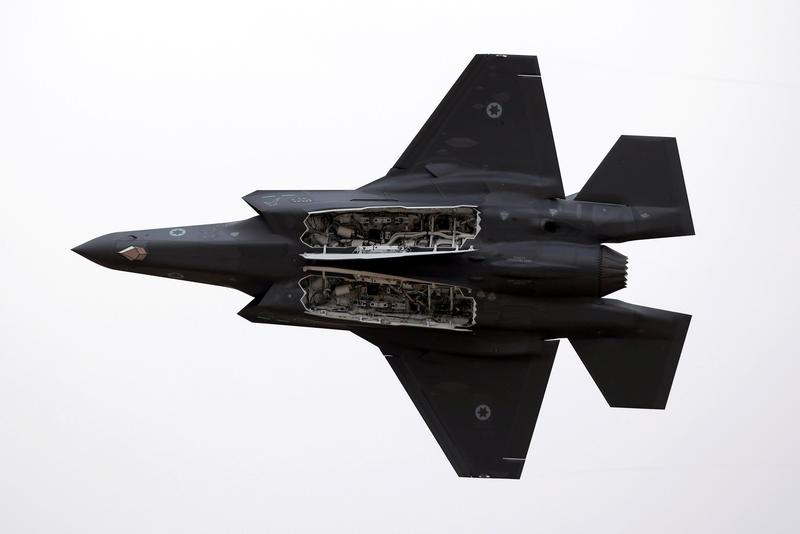 An effort to stop President Donald Trump's high-tech weapons deals with the United Arab Emirates fell short on Wednesday in the U.S. Senate as Trump's fellow Republicans opposed resolutions of disapproval seeking to block the sale of drones and advanced F-35 fighter jets.

There is a story about the Egyptians who took delivery of several hundred ABRAM's MBT's and they laid on the dock for months because they did not know how to assemble them even though they had received training .

Thanks for this! A wonderful example of "win/win/win" decisions by President Trump and the Republicans in the Senate. Makes our weapons cheaper, keeps our workers in jobs, and serves as a check to the greatest sponsor of terrorism and civil war in the world!

You do heartily approve of this sale, right?

0
ReplyToggle Dropdown
Msg 80 of 108 to ElDotardoElDotardo
In reply toRe: msg 44

Here in America, artists used to eat alligators for lunch, but that was 12,000 years ago.

The archaeologists’ work includes investigations into ancient agriculture and the ways in which humans transformed the Amazonian landscape. In rock shelters located near the art, researchers discovered the remains of food eaten by the artists, including fruits, alligators, capybara and armadillos.

Tens of Thousands of 12,000-Year-Old Rock Paintings Found in Colombia

The images-heralded by researchers as "the Sistine Chapel of the ancients"-depict animals, humans and geometric patterns

Most arms sales are done via either direct Government to Government or licensed and approved dealers (usually for small arms) , of course it is possible that the lower down the chain you go the filthier the business gets .

There are HUGE arms caches in Romania and Bulgaria both of which are noted countries selling their small arms and it is not difficult if you can show the ability to pay to get these dealers to sell you larger weapons .

Albania is awash with Eastern Bloc weapons , Israel has amassed a million or more AK47's over the years etc , this is the favourite weapon of choice as it is fool proof and almost indestructible

"The AK-47 is the most-used rifle in wars throughout the world. You can buy it in Africa for $8. The armed groups like it because it's light and children can easily use it." (0:46 - 1:08)
César López: Turning Guns into Guitars (Colombia)
Cultures of Resistance Films
Guitarist César López's home country, Colombia, has been plagued by civil war for the past five decades. Conflicts between the state, left-wing guerrillas, and shadowy ranks of for-hire paramilitaries have resulted in entrenched violence. Inspired to make his art part of the solution, López created the escopetarra, a guitar that is made from an AK-47, the most used rifle in the world. As he says, "If the weapon, which was designed to kill, if its use can be changed, then why can't humans change too?" This short film highlights López's efforts to reign in militarism in his country through music and political activism.
0
ReplyToggle Dropdown
Msg 82 of 108 to el gringo (ramseylurker)ramseylurker
In reply toRe: msg 81

You cannot buy a functioning AK47 @ $8 ANYWHERE in the World

This is Christmas come early for the US

Christmas can get pretty wild here in the USA, since they sell guns to pretty much anybody here.

Here's an interview with Santa Clause.