Jenifer (Zarknorph) said:  Claiming that the gas chambers never existed is not "revisionist". It's hateful ignorance.

I'm sure you're going to tell me when David Irving did that. It seems clear that at least some of the accusations against him are fraudulent - and the very most serious is the one I sent you that made you so angry, concerning the Dresden death-toll.

Even if you were to be right, there is much more extreme "revisionism" been seen from at least two people right in here.

Meanwhile, another thread in which I was trying to say that quack doctors are a serious menace has been defaced,

I'll put this posting as makes my point here:

Sep 3, 2019 - SOUTH BURLINGTON, Vermont — Kim Blake keeps a folder in her house, swollen with papers. Each document represents yet another try at helping her son Sean recover from a decade of drug addiction.

Some papers are certificates of graduation from rehab, one telling Sean that “you are no longer alone.” Some are letters by Sean marking his progress, going back to his late teens, writing about getting better.

And there are many, many bills. I verified the bills and that the Blakes paid for them. The total cost: $110,000.

That’s the minimum that Kim and her husband Tim, Sean’s dad, estimated they spent on addiction treatment. The Blakes said they also spent thousands on other treatments that they no longer have bills or receipts for. (Their insurance provider made additional payments, as well.)

Through it all, the Blakes drained their savings for retirement, along with college funds for both Sean and his younger brother.

Kim told me, through tears, that there was one outcome that would have made it all worth it: “If he had survived, we would have said it was money well spent. There’s no question.”

But none of the treatments stuck. In August 2017, Sean died of a drug overdose involving alcohol and fentanyl, a synthetic opioid. He was 27 years old.

0
ReplyToggle Dropdown
Msg 115 of 473 to BerryStephBerrySteph
In reply toRe: msg 114

You need to watch the trailer for the film.

You have to look for it, Berry.

Perhaps then, and only because it is inconveniencing YOU, you will finally be aware of how many discussions you take over to talk about this.

You have to find it.

Hint: as I posted the original article, look for a thread that actually applies to the topic.

Jenifer (Zarknorph) said:  You need to watch the trailer for the film.

I'm not watching the work of the devil.

Meanwhile, you implied that David Irving has denied the gas-chambers - I'm not aware of that.

Other "investigators" who have asked awkward questions have been attacked in the streets and convicted and lost their jobs for thought crimes.

One of them got started over an investigation into killings of alleged collaborators in France in 1944 - went on to become convinced there had been no gas-chambers because he couldn't find any.

Berry: "Why will Adwil and BM not produce any such evidence whatsoever?"

Just so you know. Both BM and I have provided large amounts of evidence demolishing Berry's 'inaccuracies'. We have done so on two or three fora. Each time he has moved to a new forum and made exactly the same claims.

I will avoid commenting, but if there's anything that concerns you or that you want information on, please message me.

Meanwhile, you implied that David Irving has denied the gas-chambers - I'm not aware of that. <- Quote Berry

Another topic and thread utterly messed up 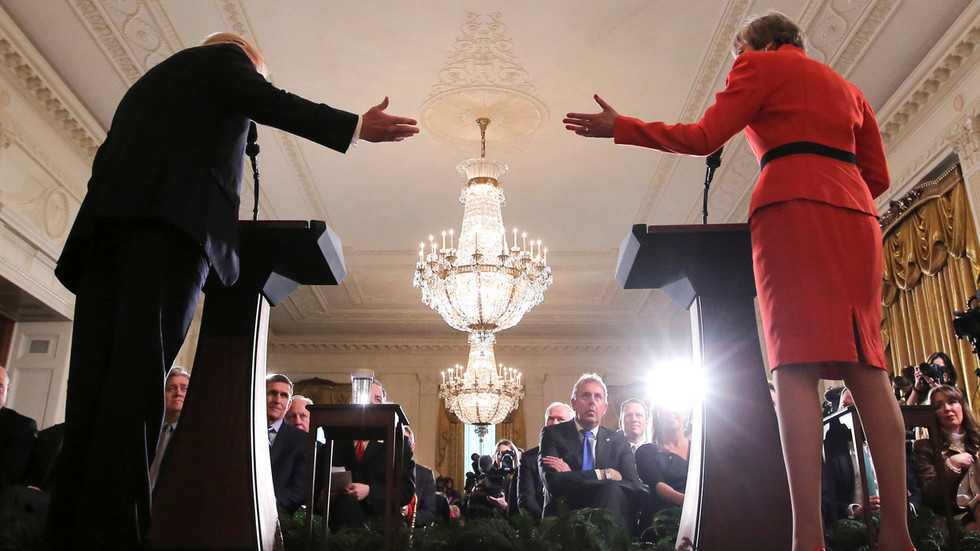 The former UK ambassador to the US, forced to resign after diplomatic cables in which he insulted US President Donald Trump were leaked to the press, has been made a Lord as a parting shot from outgoing PM Theresa May.

adwil said:  Just so you know. Both BM and I have provided large amounts of evidence demolishing Berry's 'inaccuracies'.

That's a first rate lie. Adwil tries to counter what I'm posting - but has failed consistently - sometimes leading me to even more damning evidence eg over Kurt Becher.

BM is just seething with anger - he's abandoned any rational attempt to stop the flood of hugely embarrassing material. I make fun of many of his extraordinary stupidity and naked lies.

Back to real information, there are masses of letters supposed to have come from German Jews in March 1933, and they would be quite good contemporaneous evidence that the Nazis really did have it in for the Jews.

Stephen Wise was the Chairman of the "Joint Emergency Committee" and claims in his autobiography to have had "hundreds of word-of-mouth reports, courageous letters - some mere scraps of paper smuggled out of Germany - argued forcibly for the truth. One eloquent message delivered to Rabbi Wise said simply, "Do not believe the denials. Nor the Jewish denials."[Stephen Wise, "Challenging Years: the Autobiography of Stephen Wise" (New York: Putnam, 1949), 240-41.]

On that basis, Stephen Wise and the AJC and the JWV threatened Germany with a devastating economic boycott.

And yet, the correpondence he claimed he had from Germany in March 1933, critical to the accusations made against Hitler and the Nazis was never seen by anyone else. Anywhere, ever. Which is bizarre indeed.

The only letters we've seen (and only 80 years later) appear not to complain about any persecution, other than what the Zionist actions, their Bellum Judaica (phrase of Samuel Untermyer/Untermeyer "one of the most powerful and influential Jewish leaders in America, a successful attorney, government advisor and president of the non-sectarian Anti-Nazi League 1933-1939") is going to cause.

There are other letters from 1943, also primary evidence of the Holocaust - nobody has shown any interest or written about them either. However, this second tranche definitely did exist, they were seen by Dr. Nahum Goldmann when they arrived in Washington and he mentions them in speeches in the 1960s.

I would suggest that the 1943 letters (along with many others) have been hidden or destroyed because they're so deeply embarrassing. Stephen Wise deliberately blocked any efforts to save European Jews - just as other Zionists were deliberately sending them to their deaths. (Rudolf Kastner, Kurt Becher etc).

The former UK ambassador to the US, forced to resign after diplomatic cables in which he insulted US President Donald Trump were leaked to the press, has been made a Lord as a parting shot from outgoing PM Theresa May.

0
ReplyToggle Dropdown
Msg 122 of 473 to BerryStephBerrySteph
In reply toRe: msg 116

I'm not watching the work of the devil. Meanwhile, you implied that David Irving has denied the gas-chambers - I'm not aware of that.

Then we are at an impasse.  I have the evidence, but you refuse to look at it.

I suggest you abandon the topic completely, as you have no interest in taking it seriously.

" Having considered the various arguments advanced by Irving to assail the effect of the convergent evidence relied on by the Defendants, it is my conclusion that no objective, fair-minded historian would have serious cause to doubt that there were gas chambers at Auschwitz and that they were operated on a substantial scale to kill hundreds of thousands of Jews.

Whether Irving is a "Holocaust denier"

13.98 I have already made findings that the evidence supports the following propositions: that the shooting of the Jews in the East was systematic and directed from Berlin with the knowledge and approval of Hitler; that there were gas chambers at several of the Operation Reinhard camps and that (as Irving during the trial admitted) hundreds of thousands of Jews were killed in them and that there were gas chambers at Auschwitz, where hundreds of thousands more Jews were gassed to death. It follows that it is my conclusion that Irvings denials of these propositions were contrary to the evidence.

13.161 I have already set out in section VIII above my conclusion that Irving displays all the characteristics of a Holocaust denier. He repeatedly makes assertions about the Holocaust which are offensive to Jews in their terms and unsupported by or contrary to the historical record. I have also given at section IX above the reasons for my findings that Irving is an anti-semite and a racist. As I have found in section X above, Irving associates regularly with extremist and neo-Nazi organisations and individuals. The conclusion which I draw from the evidence is that Irving is sympathetic towards and on occasion promotes the views held by those individuals and organisations.