Czoe, democrat CITIES are being burned, and you reference ONE right-wing nutjob.  Perhaps I'm wrong, but what I see is out of state ANTIFA and BLM activists turning rightful, peaceful protests into violence.  Mainstream America - white, black, yellow or brown - don't want this.  BLM could be such a strong, important voice for equality,,,,instead they've opted (or been co-opted) for violence.  Right-wing radical groups are just as hateful and harmful.

I'd hate to see what you would call violent if these "protests" are peaceful.  They start that way, but soon descend into lawlessness, from both sides.

I don't think that there is any such thing as a "Democrat city", any more than there are "Republic cities".

Prior to the last couple of years, I've never heard of cities being referred to like that.

What would it even mean for an entire city to be "Democrat" or "Republic"?

Here in Iowa, we don't have "Democrat cities" or "Republic cities". We only have "Iowa cities".

0
ReplyToggle Dropdown
Msg 305 of 331 to slackerxslackerx
In reply toRe: msg 304

Forgive me for not being more clear.  I meant cities that have been run by democrat politicians for years.  I suspect you know that, and are just "stirring the pot".

> I'm not saying you are wrong.  Maybe I read more into than there was.  I do find it surprising that there was no mention of any blood and hate-filled riots in Iowa in the Des Moines Register for election week November 1026 or any other Iowa newspaper for that matter.

We've never had two police officers ambushed and assassinated here in Iowa before during election week like back in Bloody November of 2016. Elections usually don't get violent here in Iowa. The children of several of our friends were threatened by white kids at their schools, who were threatening to kick them out of the country. White Supremacist fliers started appearing all around campus at the university. Trump managed to whip up a lot of Steve King levels of racist hatred and bullying with the way he ran his rallies and his campaign here in Iowa. It was like Steve King on steroids.

My wife was afraid to walk outside for a couple of months after Bloody November without me following her around in the car every day. She walks for at least an hour every day.

>   I meant cities that have been run by democrat politicians for years.  I suspect you know that, and are just "stirring the pot".

It's just not how we think of cities here. Maybe it's different where you live.

Certainly, some rural areas tend to be more Republican.

The problem, Katie, is that you are making a distinction.

It's almost as though people blame Democrats for encouraging criminal behaviour.

Watching Trump differentiate between Democrat vs Republican states with his Covid chart was deeply disturbing.  More so was his clumsily worded statement that if the death toll would be "very low ... if you take the blue states out," 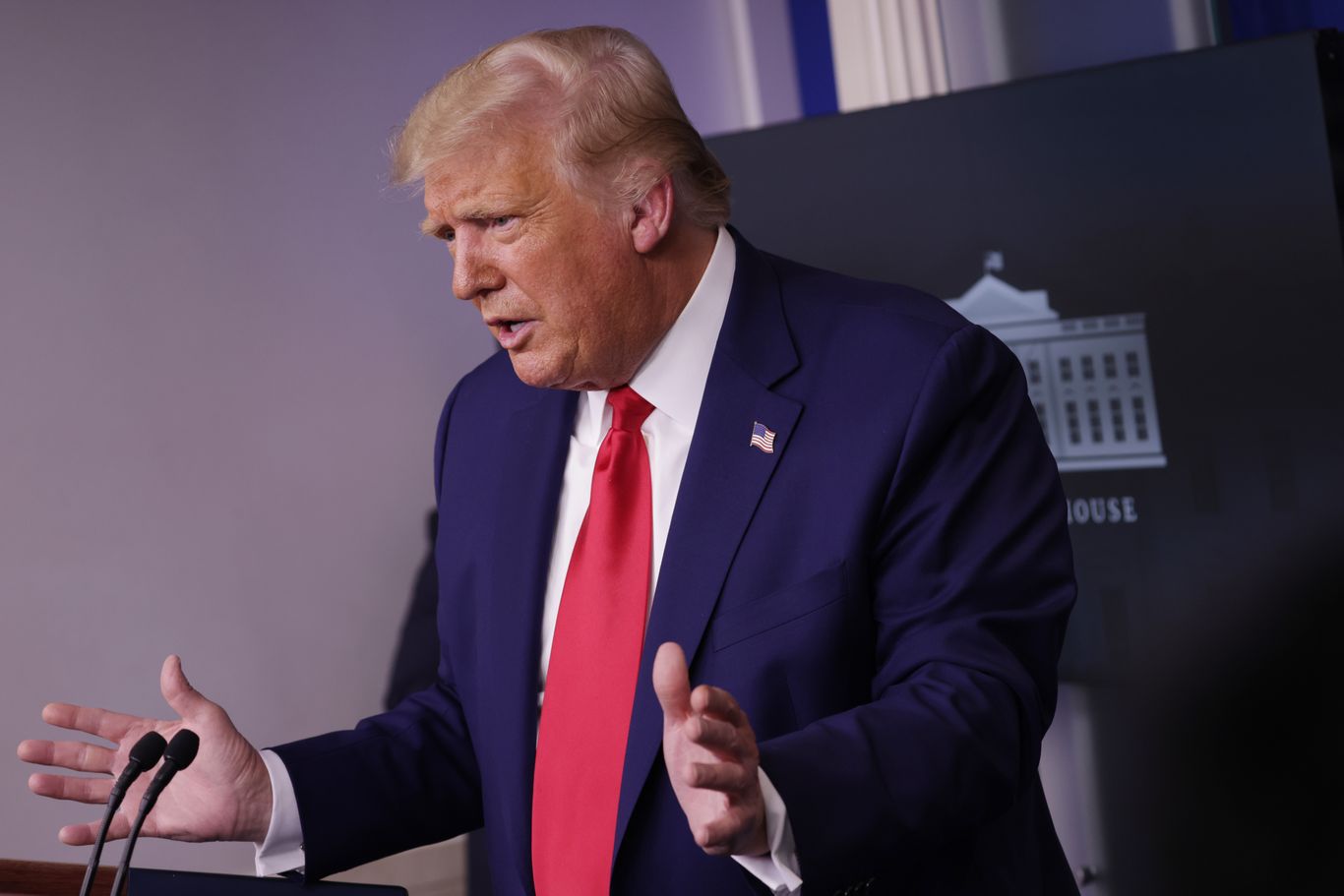 There is little relation in the spread of the virus and the political parties of state leaders.

This idea essentially holds states hostage by insinuating that they only have themselves to blame for their troubles and if they want things to get better, then they had better vote Republican.

It doesn't matter who the candidate is - could be another Roy Moore - whether they have a better plan, or even any plan.  Trump is essentially saying that if your state is blue, you're on your own.

And yes - he HAS threatened to cut funding to states with Democrat governors.

Just out of curiosity, have there been any Black Lives Matter events recently in your city?

This is as bad as it got in Las Vegas.  There have been several instances of violence on the Strip, but entirely unrelated to protests.  We live in a very diverse neighborhood, several miles from the Strip, and truth be told, our neighbors are just our neighbors.  I think it's pretty much that way city-wide because our "industry" attracts people from all over the world, many of whom decide to live here.  Like we did, they come to party, they explore and find a welcoming, family-friendly place to live.  So no, we have not had any riots, or beatings, etc.

Some call it patriotism or US exceptionalism. I understand Trump through professional wrestling

This week, the US President downplayed coronavirus, cast doubt on a judge's dying wish and refused to commit to a peaceful transfer of power. To understand why his supporters buy the pantomime, look no further than the world of sports entertainment, writes David Lipson.