Not the year to find out! 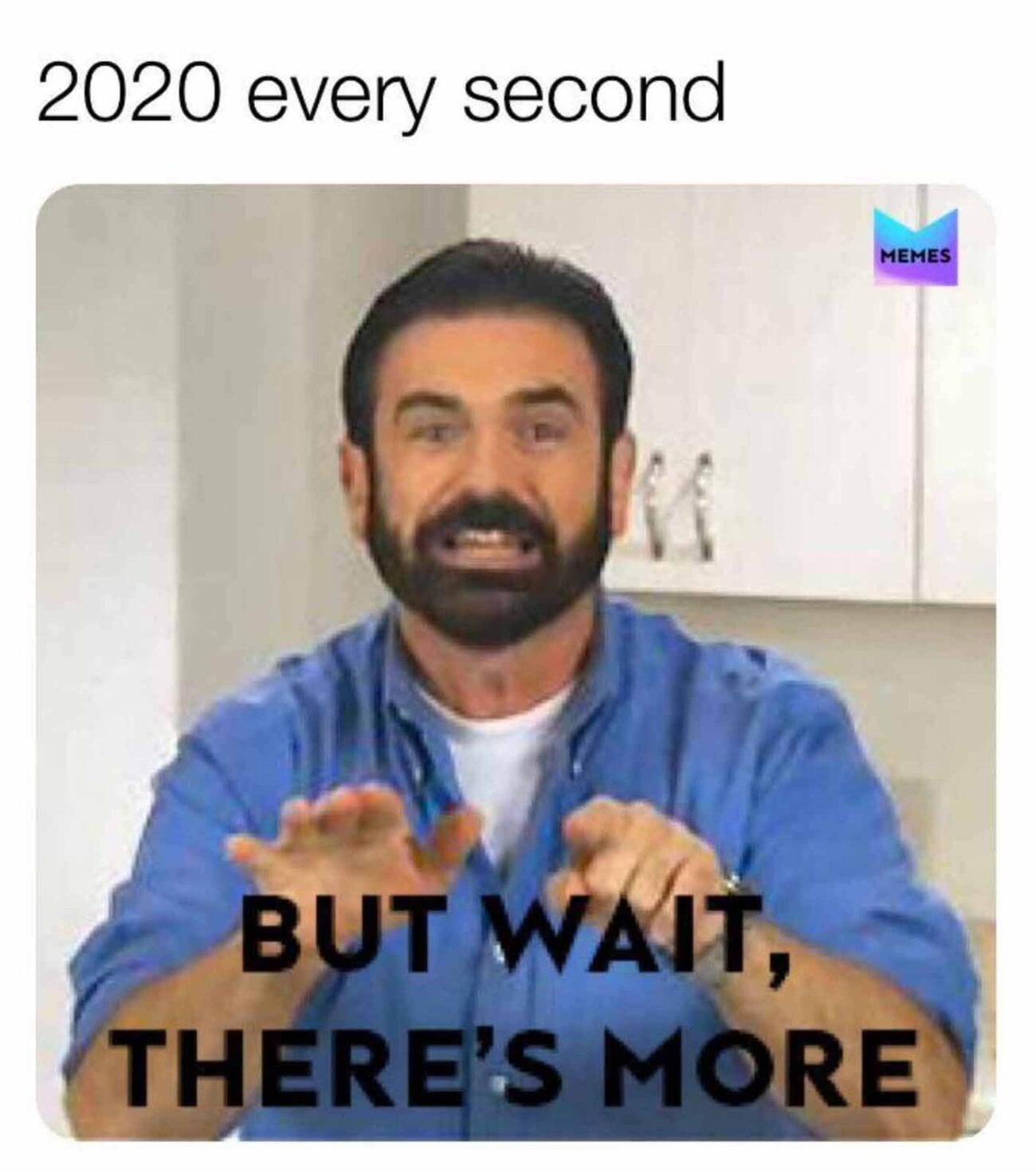 I'm pretty sure that guy has been dead for more than five years... I'll try to Google him...

Found him, Billy Mays, OxiClean infomercial fame. He has been dead for eleven years now.

2020 is certainly a year to go down in the history books!

This is an e-mail sent to Clarence Page of the Chicago Tribune after an article he published concerning a name change for the Washington Redskins.
Dear Mr. Page,
I agree with our Native American population.   I am highly jilted by the racially charged name of the Washington Redskins.    One might argue that to name a professional football team after Native Americans would exalt them as fine warriors, but nay, nay.    We must be careful not to offend, and in the spirit of political correctness and courtesy, we must move forward.
Let's ditch the Kansas City Chiefs, the Atlanta Braves and the Cleveland Indians.    If your shorts are in a wad because of the reference the name Redskins makes to skin color, then we need to get rid of the Cleveland Browns.
The Carolina Panthers obviously were named to keep the memory of militant Blacks from the 60's alive Gone.   It's offensive to us white folk.
The New York Yankees offend the Southern population.    Do you see a team named for the Confederacy?   No!   There is no room for any reference to that tragic war that cost this country so many young men's lives.   I am also offended by the blatant references to the Catholic religion among our sports team names.   Totally inappropriate to have the New Orleans Saints, the Los Angeles Angels or the San Diego Padres.
Then there are the team names that glorify criminals who raped and pillaged.   We are talking about the horrible Oakland Raiders, the Minnesota Vikings, the Tampa Bay Buccaneers and the Pittsburgh Pirates!
Now, let us address those teams that clearly send the wrong message to our children. The San Diego Chargers promote irresponsible fighting or even spending habits.   Wrong message to our children.
The New York Giants and the San Francisco Giants promote obesity, a growing childhood epidemic.   Wrong message to our children.
The Cincinnati Reds promote downers/barbiturates.   Wrong message to our children.
The Milwaukee Brewers.  Well that goes without saying.   Wrong message to our children.
So, there you go.   We need to support any legislation that comes out to rectify this travesty, because the government will likely become involved with this issue, as they should Just the kind of thing the do-nothing Congress loves.
As a die-hard Oregon State fan, my wife and I, with all of this in mind, suggest it might also make some sense to change the name of the Oregon State women's athletic teams to something other than "the Beavers (especially when they play Southern California.
...[Message truncated]
View Full Message
0
ReplyToggle Dropdown
Msg 1768 of 1946 to Di (amina046)amina046
In reply toRe: msg 1767

I know.  There was a good South Park episode involving him.

Should this go into Racism or Sexism?

At a travel agency in Shanghai, I asked the Chinese girl behind the counter if she would escort me on the advertised personal city tour and asked her for her mobile number so I could call later to make arrangements.
She gave me a very big smile, nodded her head and said........ “For sex sex, wan free sex, for tonight free!”
I replied, "Wow, you Chinese women are really hospitable” !!!
The guy standing next to me overheard, tapped me on the shoulder and said……
"Don't get excited. What she said was: 466-136-4293!”
0
ReplyToggle Dropdown
Msg 1771 of 1946
In reply toRe: msg 1770

A little of both.

And Maryjane? Quadruple it? Wait, that would be LSD!