Iraq   Africa and the Middle East

Religion is where intolerance thrives. 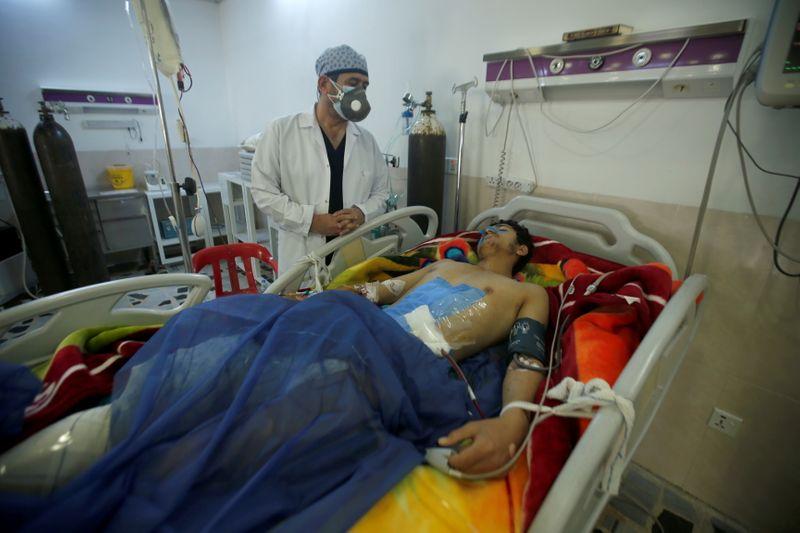 A rocket attack on U.S.-led forces in northern Iraq killed a civilian contractor on Monday and injured a U.S. service member, the U.S. coalition in Iraq said, in the deadliest such attack in almost a year.

Israel is saying Iran is behind this - how will Biden reply?

Well Biden finally got around to calling Bibi...

Russia is currently assisting Israel in a prisoner Swap where a deranged nutter of a Woman finds a way into the Syrian Territory and accordingly got nicked , The Syrians (get the following) want in exchange two high ranking Hezbollah operatives that Israel nabbed in return

Who was the deranged nutter woman?

Afternoon from a bright but chilly Israel,

It appears this is her second excursion into Syria , the first we nabbed her before she got into trouble , actually there is a military gag order on who she is other than that she 40'sh possibly religious (jewish) and most likely a couple of cans short of a six pack, the two exchanges are being called Farmers but are not and it appears we also had to buy some vaccine for the Syrians from the Russians to complete the exchange .

It is difficult to say what possesses nutters to do what they do , what makes a woman cross a very dangerous border , get arrested and heaven knows what they could have done to her etc