BoJo the Boofhead   The U.K and Europe

Jenifer, I watched it.

Sometimes, a bad word slips out but the presenter purposely slipped them in repeatedly.

He  have used an auto-clap and laugh machine*.

The US establishment is so good at imposing it's will on foreign countries.  How comes it does not insist on diversity for Asia, Africa and South America ?

In reality, only filth want DIEversity visas inflicted upon the US.  The illegal wetback figures are woefully understated.

The comments about the statue of liberty are out of context.  It's actually a statue of some pagan deity built by French freemasons.

* An ex-girlfriend insisted we attend a TV quiz show. Against my better judgement, I conceded.  As the cameraman panned the audience, his off-camera colleague did a raised arm clapping motion for the audience to repeat.  I refused and frowned  angrily into the camera.  Lo and behold, a fortnight later, an edited version of the program was broadcast minus myself.  I cannot clap unless it is spontaneous or paid.  Anyway, the quiz was an insult to my intelligence.

I cannot clap unless it is spontaneous or paid. Anyway, the quiz was an insult to my intelligence.

You really do make my day, Harold.

Also, thank you for watching.  Most would take one look at John Oliver and refuse.

Benny Hill was an extremely talented comedian.  He used his own brain-power to formulate dialog with double-meanings  eg The captain said: "Weigh the anchor".   I said "No need, it's writ there - 10 tonnes".

The image below comes from a hilarious sketch where he thought he had to play a love-scene with a nymphomaniac.

First he agreed to a pay cut.  Then he even paid the producer ten pounds to "score" the role.  Alas he ended up assigned to an old hag.

The beefy specimen was the hag's agent.

I have countless hours of Benny Hill's recordings.

Obviously I did not approve of his dressing like a woman or aping a Chinaman so I had to edit that out using VHS video recorders.

An ex-girlfriend's brother knew I had 2 VHS video recorders. He asked if I could copy a movie.  I agreed.  He returned from the video shop with revolting  Michael Jackson's "Thriller" which I refused to touch let alone insert into my video recorders.  The Hollywood "Who's Who" reads like a list of satanists because it is that.  Actors and performers join the occult, even signing contracts for fame with the devil using own blood.  Master-copies of their recordings are used in unholy rituals and imbued with evil spirits then duplicated for distribution as confirmed by ex-satanists.

Benny Hill could not exist in this day and age.

How many ex-satanists do you hang around with?

I don't hang around with satanists.  Many politicians are satanists.

I have plenty media from Bill Schnoebolen who was a senior heavy-duty satanist and top-level mason until he wised-up and now warns people,

I just watched one of his videos.

How sad and pathetic must your life be if you cannot abide Harry Potter?

He really needs to remove that giant stick that is surely causing him such misery.

What substances are you currently smoking? and where do you buy them? 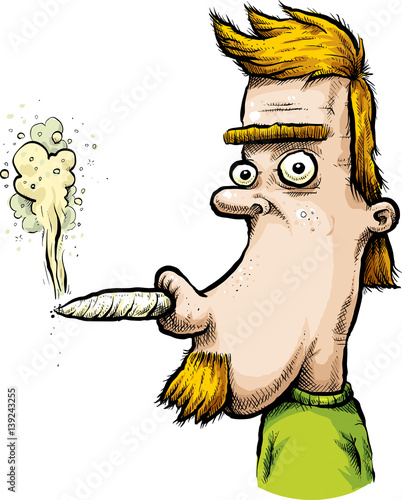 None.   Anywhere.  Although painful, try thinking outside the box.

The story of a young boy who overcomes evil, fights for good with the power of love as his greatest weapon must be something devised by Satan.