And here comes the Swine Flu!

Does courage mean everything in life?

Impeach, or get off the pot!   America - all of it 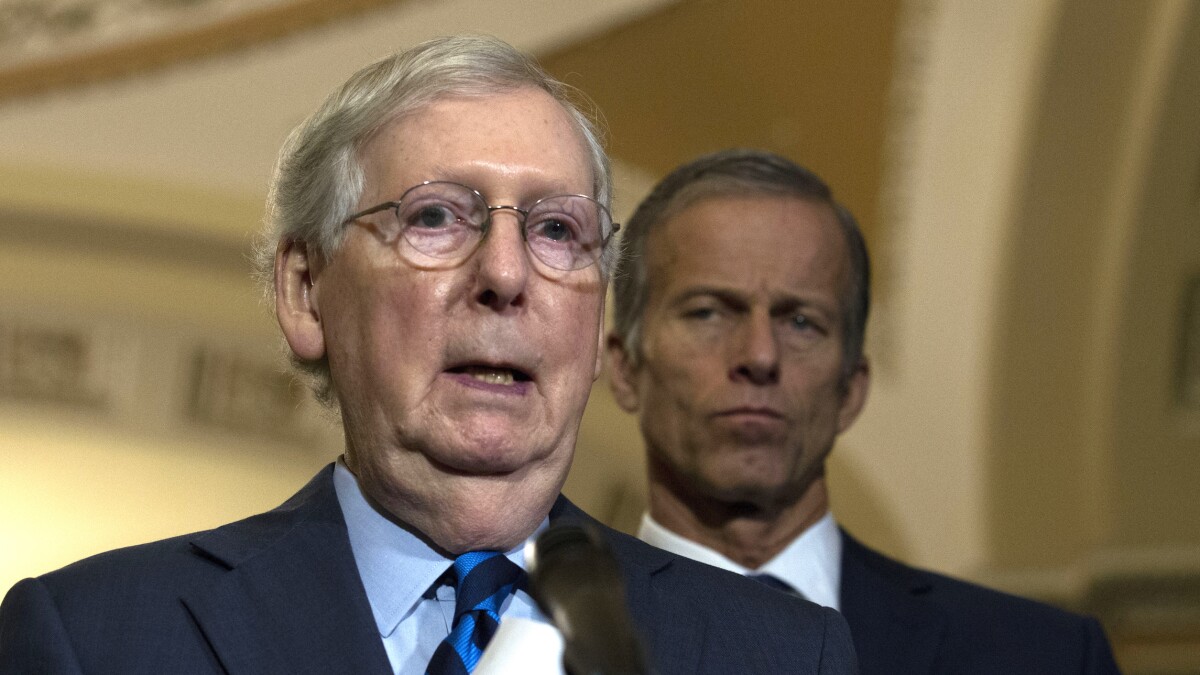 Senate Majority Leader Mitch McConnell briefed Republicans in a closed-door session about how they would conduct a Senate trial if the House sends over articles of impeachment.

If I was running the Democratic party I would disagree with your point.

Timing is everything. So my tactic would be to continue to go slow, and allow Trump and his Rep supporters do their foot dragging, until just before the nominating convention. In the mean while expand their research for evidence. Then reléase the breaks before the convention. If they are smart the convention will see him and Pence as loosers, and not nominate him. Then hold back the impeachment vote until say September, so that the Senate Will have the trial starting during the election cycle when 1/3 of the senators will be up for election. Fear of losing will make them think twice about supporting Trump. If he pulls a Nixon and resigns before conviction, the Senate does not have to accept his resignation, and continue with the trial. Eather way, the Republicans Will loose the presidency and congress without even having a lame duck Ford. STarting in January, 2020, then with all the data on him from his other crimes, charge him with all of them, and watch him squirm, which might make his base think twice about what they had been supporting. A side effect of this plan as is becomming more and more apparent, is that Trump does not respond rationally to pressure, which Will make him his own worst enemy in the months to come. If Dems go slow now time is on their side, if they rush to impachment, and a trial that they could louse which would empower Trump´s base. On the other hand if the trial comes too son, we Will have to deal with Pence for the remainder of Trump´s term.

RGoss99 said: ... my tactic would be to continue to go slow ... until just before the nominating convention ... reléase the breaks before the convention. If they are smart the convention will see him and Pence as loosers, and not nominate him. Then hold back the impeachment vote until say September, so that the Senate Will have the trial starting during the election cycle ... If he pulls a Nixon and resigns before conviction, the Senate does not have to accept his resignation, and continue with the trial.

This only works if enough Republicans are making serious runs for the nomination.

A lot of states are not even bothering with Republican Primaries at all.

A White House official now admits that the US withheld Ukrainian military aid in exchange for domestic political investigations.

They will because they have to if to be taken seriously as a viable party.

As the impeachment process grinds on, smart republicans will start thinking survival.

I am having trouble watching this video, it may work for you.

It is an interesting account of the impeachment of Andrew Johnson.

Did the Democrats finally get their smoking gun? Or can the White House slow the march to impeachment? Planet America: Friday 9pm AEST ABCNEWS and 11:40pm AEST ABC1.

'The President's proud of them': Here's why Republicans stormed a Trump impeachment hearing

Donald Trump called for Republicans to get tough on the impeachment inquiry.

Republican disrupt the US House of Representatives impeachment inquiry, preventing a Pentagon official from testifying.

This is the only impeachment inquiry in our history that has not allowed the defendant to be present or for that matter, allow his attorney to be present.  There are no witnesses for the defendant allowed, cross examination of Schiff's witnesses is not allowed, Republican members of the Intelligence Committee are allowed to see transcripts only if accompanied by someone appointed by Schiff, while Schiff cherry-picks soundbites that agree with his predetermined endgame, then "leaks" them to the press.  I agree, that was a political stunt today, but this whole trial held in secret is a political stunt.   Research Nixon, Andrew & Clinton impeachments and you will see the stark difference.  Personally, I'd like to see the House take a vote on impeachment and bring it out into the open, as was done with Clinton.