Joe Biden is in the box seat as the US presidential race cranks into top gear but he can't take anything for granted.

It's Trump v Biden, and experts say the President has one 'significant strategic advantage'

The information the US President's campaign has been collecting on potential supporters could give him a significant strategic advantage.

The information the US President's campaign has been collecting on potential supporters could give him a significant strategic advantage.

Big data is going to be the winner in this.

0
ReplyToggle Dropdown
Msg 37 of 585 to BerryStephBerrySteph
In reply toRe: msg 33

Not a Boris fan hm?

When your fellow citizens are dying in the thousands during your watch, there's no "digital advantage" that will save you.

Not a Boris fan hm?

I want to love him. If only he'd not been sacked from a job as journalist and once from  for cheating and he won't tell us how many children he has (its probably 6 but we only officially know of 5).

But the most disturbing thing of all is that Trump claims he's a good guy.

Widely known simply as "Boris",[520] Johnson has attracted a variety of nicknames, including "BoJo", a portmanteau of his forename and surname.[521] Biographer Sonia Purnell described his public persona as "brand Boris", noting that he developed it while at the University of Oxford.[522] Max Hastings referred to this public image as a "façade resembling that of P. G. Wodehouse's Gussie Fink-Nottle, allied to wit, charm, brilliance and startling flashes of instability",[523] while political scientist Andrew Crines stated that Johnson displayed "the character of a likable and trustworthy individual with strong intellectual capital".[524] Private Eye editor Ian Hislop has defined him as "Beano Boris" due to his perceived comical nature, saying: "He's our Berlusconi  ... He's the only feel-good politician we have, everyone else is too busy being responsible."[525]

... Johnson purposely cultivates a "semi-shambolic look",[527] for instance by specifically ruffling his hair in a certain way when he makes public appearances.[528] Purnell described him as "a manic self-promoter" who filled his life with "fun and jokes".[529] Described by Crines as "a joker",[524] Johnson has stated that "humour is a utensil that you can use to sugar the pill and to get important points across."[529]

Purnell noted that colleagues regularly expressed the view that Johnson used people to advance his own interests,[530] with Gimson noting that Johnson was "one of the great flatterers of our times".[531] Purnell noted that he deflected serious questions using "a little humour and a good deal of bravado".[532]

According to Gimson, Johnson was "a humane man" who "could also be staggeringly inconsiderate of others" when pursuing his own interests.[533] Gimson also noted that Johnson has "an excessive desire to be liked".[534]

According to Purnell, "[Johnson] is blessed with immense charisma, wit, sex appeal and celebrity gold dust; he is also recognised and loved by millions—although perhaps less so by many who have had to work closely with him (let alone depend on him). Resourceful, cunning and strategic, he can pull off serious political coups when the greater good happens to coincide with his personal advantage but these aspirations are rarely backed up by concrete achievements, or even detailed plans."[535]

Furthermore, Purnell noted that Johnson was a "highly evasive figure" when it came to his personal life,[536] who remained detached from others and who had very few if any intimate friends.[537]

... Gimson stated that Johnson "has very bad manners. He tends to be late, does not care about being late, and dresses without much care".[539] Highly ambitious and very competitive, Johnson was, Gimson noted, born "to wage a ceaseless struggle for supremacy".[540] He would be particularly angered with those he thought insulted aspects of his personal life; for instance, when an article in The Telegraph upset Johnson he emailed commissioning editor Sam Leith with the simple message "Fuck off and die."[541] Thus, Purnell notes, Johnson hides his ruthlessness "using bumbling, self-deprecation or humour",[542] adding that he was a fan of "laddish banter and crude sexual references".[543]

0
ReplyToggle Dropdown
Msg 40 of 585 to BerryStephBerrySteph
In reply toRe: msg 39 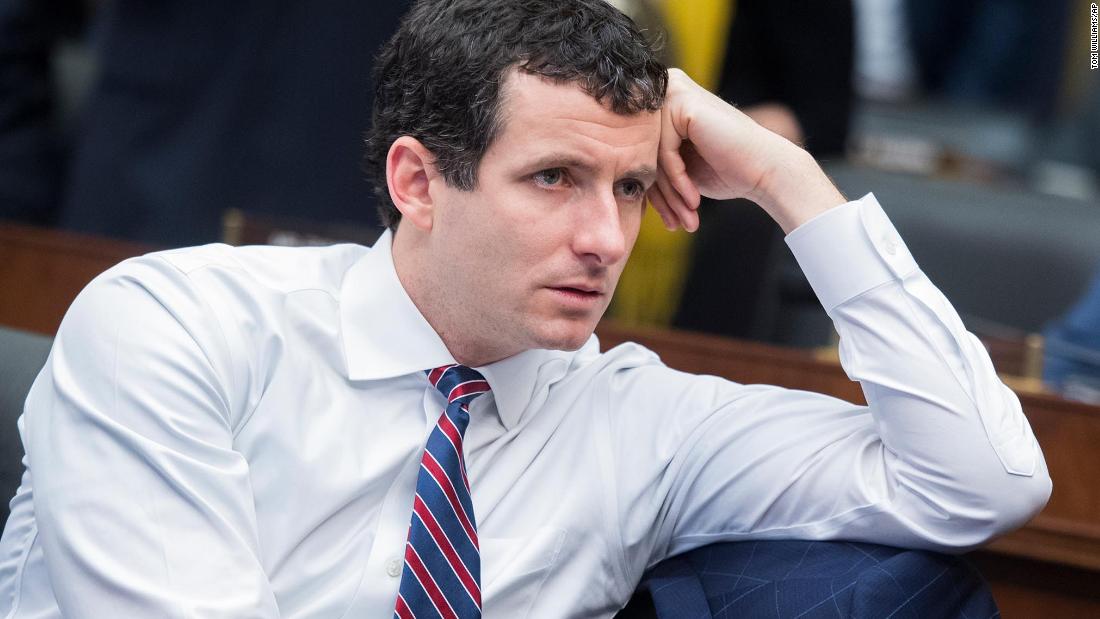 An Indiana congressman said Tuesday that letting more Americans die from the novel coronavirus is the "lesser of two evils" compared with the economy cratering due to social distancing measures.

President Trump delivers remarks during a news conference in the Rose Garden of the White House on Tuesday.EPA President Trump announced Tuesday that he intends to halt payments to the World Health Organization until a review can be conducted into what he described as mismanagement of the coronavirus pandemic. While it's not clear how the administration would unilaterally slash funding, the move...